We won’t pretend to know everything that 2017 will bring—heck, 2016 sure surprised us—but we’re pretty certain there will be changes. A lot of them. And while the surprise triumph of Donald Trump in the presidential election won’t alter the fundamentals shaping the 2017 real estate market, its impact is already being felt.

We’ve seen interest rates jump since the election, a movement that’s likely to affect the youngest generation of home buyers.

Just like last year, realtor.com®‘s economic data team analyzed our market data and economic indicators to come up with a picture of the key housing trends for 2017. As we prepare to bid farewell to 2016, it looks like we’ll be saying goodbye to the last of the record-low interest rates of the past few years, too. Interest rates have shot up 40 basis points, or 0.4 percentage points, since Trump’s election.

And that’s significant, especially for first-time home buyers, including many millennials.

“With more than 95% of first-time home buyers dependent on financing their home purchase, and a majority of first-time buyers reporting one or more financial challenges, the uptick we’ve already seen may price some first-timers out of the market,” says Chief Economist Jonathan Smoke, who worked on the realtor.com 2017 housing forecast.

According to the forecast, the 2017 national real estate market is predicted to slow compared with the past two years, across the majority of economic indicators studied.  But maybe “slowdown” isn’t quite the right description.

“I would characterize our 2017 forecast as a moderation, as opposed to aslowdown,” says Smoke. “The pace of growth is still strong and, for pricing, still represents an above-average level of appreciation.”

Smoke says we’re mostly reverting to normal prices, after years of appreciation as the housing market recovered from its 2008 crash.

Recovery is good, but the flip side is that pricing is tougher for consumers, Smoke points out.

“Throw in higher mortgage rates, and it becomes more challenging to be able to afford homes compared to what it was over the course of this recovery,” he says.

Here are some of the key predictions for 2017:  Click to view full article, written  By Cicely Wedgeworth for Realtor.com 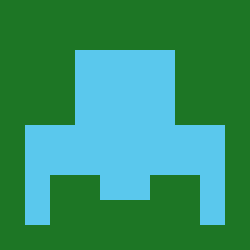