As I opened the door of the restaurant anchoring a rehabbed grist mill in a gentrified section of town, I paused to breathe in the herbs’ woodsy scent, the smell of roasting meat, and a whiff of yeast escaping the fired-up brick oven. I’m out of my kitchen for the evening, absolved from the happy duty of family dinner, not here to see and be seen like the lively crowd of hipsters in bright skinny jeans and aggressive eyewear who hover at the bar’s edge, martinis in hand.  What mom on an evening out doesn’t smile at the memory of being that young, that free?

But I’m not here for fun; I’m here tonight to join my tenured colleagues over high-end farm-to-table cuisine for a job candidate interview.  I’ve never liked—though I see the value in—meals that are primarily business transactions. True—there are less pleasing ways to get things done than to seal a deal over the breaking of bread.  But these gatherings are markedly different from the distinct intimacy that marks dining with one’s familiars—friends and family whose conversation is a cloak against whatever the weather brings.

While dining out involves an aspect of performance that most of us find delicious in youth, this aspect shifts later in life, especially if our dining companions earned high marks on their culinary homework: which chefs matter and which are “must-have” dishes of the most popular restaurants in town. It’s a fun conversation, a repartee that can go from rousing to rowdy in zero to 60. Still, amid such give-and-take, a homebody like me can start to feel not-quite-but-almost as nervous as the guest who’s joined us in hopes of scoring a permanent place at our table.

Sylvia Plath once joked that love of domesticity left her perpetually in danger in falling headfirst into a bowl of cookie batter instead of writing. For much of my life, I’ve been a little like that. I appreciate her complaint: it’s a different kind of fulfillment when you intend to write a novel only to end up with a bake sale. I understand the impulse to cook your way through Julia Child, and so I listen carefully as we’re walked through the menu—the list of specials, the details on the house-made vodka, the charcuterie that’s locally sourced—a recitation that earns a chorus of oohs and aahs. The cult-like air of reverence with which our waiter presents the chef’s admittedly excellent cuisine might seem pretentious if, for whatever reason, you don’t buy the old saying, you are what you eat.

A suburban row home dweller, I’ve never lived close to the land, though I pot flowers dutifully every spring—small gestures toward a future garden.  My parents kept vegetable gardens and I could—if I took the time—remember what I learned to grow and could probably can vegetables of my own.  I spent my adolescence in Frederick County, Maryland, where, at times, the realities of food production seemed too close to home. My father’s tales of his early years in West Virginia coal country struck a chord so vivid that his memory feels like mine: his Hungarian grandmother rolling noodles on a table she took out to the yard, or chasing down that night’s chicken dinner, the flock scattering in her wake.

A few doors down from our house on tiny Jefferson’s Main Street stood a butcher shop owned and operated by a single family—the Hemps– for several generations. A long row of water troughs ran along a good-sized parcel of pastureland that was sliced in half by a one-lane road winding its way to the next town. I remember noticing the diminishing, then replenished herd of Holsteins gathering to drink their fill; thoughts of the hamburgers waiting at home made me wince.

Back then, in my teenage years, family friends lived on a sizeable tract of land that they mostly rented to a dairy farmer who needed extra space for his herd.  On summer days, we’d make the cross-county trek to help them bale hay on the parcel they kept for their own use; sometimes, our families pooled resources to raise a pig.  After meals, when we kids were sent to slop table scraps, I was teased for my squeamishness—I just couldn’t look the pig in the eye. Dun-colored with black spots along his back, he raised his nose at an angle I might call querulous, if he were human. The pig tottered across the mucky ground we’d littered with tattered crusts and bits of corn—a far cry from the prancing, pink-cheeked Wilbur I’d watched light up the screen years before when I’d joined friends on the Air Force Base for a Saturday movie in the rec hall. What trick of fate could save this creature from his destiny? Soon, my mother would be standing in our own kitchen, unpacking from the coolers our own share wrapped in wax paper—one reason I’ve never had a big appetite for meat.

Taste is nothing if not highly individual; we will choose variously what sustains us. The farm-to-fork movement, with its emphasis on fresh, organic food, makes sense in part because it pleases the palate.  It also makes us feel virtuous, knowing that by connecting to local land and sustainable farming, we’re doing our bit to save the planet, even if only one bite at a time.  As Michael Pollan observes in The Omnivore’s Dilemma, “If the high price of my all-organic meal is weighed against the comparatively low price it exacted from the larger world, as it should be, it begins to look, at least in karmic terms, like a real bargain.”

Last year, when my teenage daughter came home from Environmental Science class with handouts on what produce to avoid—the so-called “dirty dozen”—she started to worry that what might look like a healthy salad was, in fact, a plate poisoned by pesticides. She learned, too, that making ethical decisions about diet sometimes feels like navigating a minefield—a difficulty that I share. A glass of Tuscan red that comes highly recommended does not diminish my carbon footprint—a thought that must be pushed aside to enjoy it.  How, then, to keep our heads from swimming with possibilities—the dangerous ingredients, the healthier options, the fine print that ignites or soothes our fears? Eating loses its allure once we become so vigilant that, as Adrienne Rich describes it, “You cannot eat an egg/You don’t know where it’s been.”

Though I don’t presume to advise others about the contents of their cabinets or plates, I resign myself to making the best choice I can at a given moment. I keep my awareness from slipping into obsession by turning my attention toward what we seek when we gather together and pull up a chair to the table. Years ago, I spent a summer in Italy working for a program director who made time to drive three towns away to a tiny shop at the end of a cobbled street so he could share the best gelato he’d had in all of Marche and Tuscany.  It’s that shared conviviality that makes life itself sustainable, that brings the memories of other meals to mind, and calls back the people and places who suffused our lives with grace. Even a humble bottle of Long Island table wine cracked open at a worn picnic table may taste as good as fine champagne simply because we share the toast with a friend.

Jane Satterfield lives and bakes in Rodgers Forge. Her most recent book is Her Familiars, published in 2013 by Elixir Press. She is the author of two previous books of poems: Assignation at Vanishing Point, and Shepherdess with an Automatic, as well as Daughters of Empire: A Memoir of a Year in Britain and Beyond. Her awards include a National Endowment for the Arts Fellowship in poetry, the William Faulkner Society’s Gold Medal for the Essay, the Florida Review Editors’ Prize in nonfiction, and the Mslexia women’s poetry prize. This year, she was awarded the 49th Parallel Poetry Prize from The Bellingham Review for her poem, “Elegy with Trench Art and Asanas.” Satterfield is the literary editor for the Journal of the Motherhood Initiative and teaches at Loyola University Maryland. 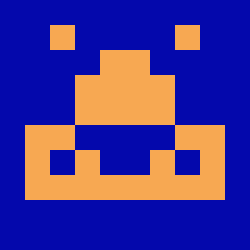