Courtesy of The Open Society Institute Baltimore – When Child First Authority asked Jason Reed to take charge of a neglected community garden in Curtis Bay-Brooklyn nearly four years ago, he jumped at the chance. With help from the Curtis Bay Community Association, the Parks & People Foundation, nearby schools and willing community members, Reed transformed the neglected lot from one with beer bottles and hypodermic needles into a vibrant space full of life.

The acre of raised beds, plots and orchards—run by Reed, community gardeners, elementary, middle and high school students—now boasts tomatoes, asparagus, pumpkins, kale and sprouts. There are beets, peppers, watermelon and colorful perennials. There’s a strawberry field and 40 blueberry bushes. There are irrigation towers, a nature path, picnic tables, a brick oven and a shed with a mint-covered roof.

It is an oasis in Curtis Bay-Brooklyn, a part of south Baltimore where the nearest grocery store is a mile away.

But the Filbert Street Garden, as it is known in these parts, is more than just a place where residents can grow and obtain healthful food. It is an outdoor classroom where elementary children learn about planting and growing, and where older children learn the business of buying and selling produce.

It is a patch of zen for the dozen or so community gardeners who come to quietly tend to their shoots and greens, patiently wrapping chicken wire around top-heavy plants, watering and weeding and watering some more.

Best of all, Jason says, it is a gathering place for the people of Curtis Bay.

There, under the sun, in patches of ground too-long unloved, people leave their electronic devices, their troubles, and the comfort of their four walls and come together. They share advice, tools, laughter and stories. They give of themselves and the earth gives back. Their shared work and dedication results in unlikely friendships, blooming relationships and, at least in that one-square-acre, real community.

Community gardeners such as Rodette Jones and Edith Gerald, for example, lovingly tend their plots and find great enjoyment in working with soil and sun, often by themselves.

Rodette, a city police dispatcher, grows tomatoes, collard greens and squash. “The police department, it’s a high stress job. I get relaxation out of the garden; I get fulfillment out of the garden,” she says. “Even when I went on vacation, I was thinking, ‘Who’s going to care for my garden?’ Just to see the little plants growing, it gives me a sense of fulfillment, a sense of pride, a sense of ownership. I’m amazed at what nature can do. Every year is a learning experience.”

But when the harvest is good, the gardeners gladly give away their fresh foods to neighbors or co-workers, or sell to high school students such as Gary Brown. Brown, 15, is a sophomore at Benjamin Franklin High School and a devotee of the Filbert Street Garden. As the manager of the TriVeggie Food Market—one of the many off-shoot endeavors the garden has spawned—Gary buys produce, native flowers and other vegetation from the community gardeners, then sells the bounty at festivals and events. He keeps a careful log of how much he buys from the gardeners and how much he sells or gives away at events. This summer, he’s made about $100.

“All we have in our neighborhood is corner stores, which sell you all kinds of unhealthy things, but you can never get a salad,” Gary says. “But when kids try the things we grow in the garden, it’s surprising. They get it and they like it. The kids will ask their parents for a bag of sprouts that they can grow at home, not just because they like the vegetable but because it’s an activity they can do together.”

That kind of health food education is just what Jason hoped for when he turned his first patch of dirt at the Filbert Street Garden. But it was slow-going getting there, and ultimately, working in the Curtis Bay community ended up being an education for him. Jason had originally planned to turn the entire acre into a farm that would be communally worked, but Curtis Bay residents had a different idea.

“I have to be aware of the dynamic of coming in from the outside thinking I know what’s best and trying to force that to happen,” Jason says. “I learned that what was truly important to me was education, and that was the thing the community thought was important. Ultimately, the image in my head had to change, but the end result didn’t have to.”

“I’m kind of a meddler when I see something in the community that shouldn’t be. I have a hard time walking away from it,” he says. “That’s part of the reason why I’m still here, because I can see there’s still work to be done. My long-term goal is to have this be a completely community-managed food source. We’ve got a long way to go but we’re on our way to it. But for now, what we have is the creation of a space where people feel comfortable educating themselves. Suddenly there’s this base of adults and kids who not only think this is important to do, but also know how to do it.”

And that, he says, is the sweetest kind of fruit. 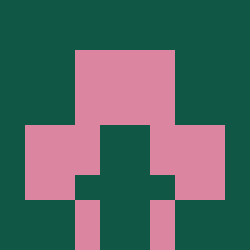 Latest posts by OSI (see all)