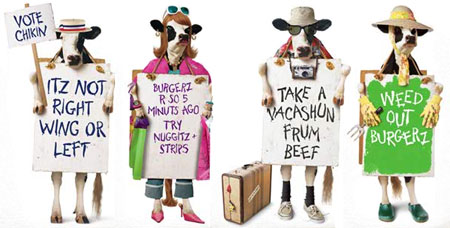 I’ve always had a lot of respect for Chick-fil-A’s business practices – the books instead of plastic toys? Awesome. The guts to stay closed on Sunday? Awesome, even though that’s the only day I ever seem to be in the mood for waffle fries.

It’s refreshing to see an organization with some corporate (and financial) clout still stand for something other than profit. But while we all appreciate a company with some moral fortitude, Chick-fil-A has drawn one too many lines in the sand with their now public stance against gay marriage. President Dan Cathy announced this week that his privately owned company is “guilty as charged” in support of “the biblical definition of the family.” In dollars, that translates to a total of 3 million in donations to Christian groups that oppose homosexuality between 2003 and 2009. The Baltimore Sun reports that the company donated nearly $2 million in 2010 alone.

Sacrificing profits to stay closed on Sunday is one thing – using profits to pump cash into anti-homosexual interest groups is something else entirely. Like I said, I generally have a lot of respect for Chick-fil-A’s business practices, but this is different. They aren’t letting humanity guide their business, they’re using business to broadcast their narrow notion of morality, which I for one find a little frightening. Goodbye for good, waffle fries.