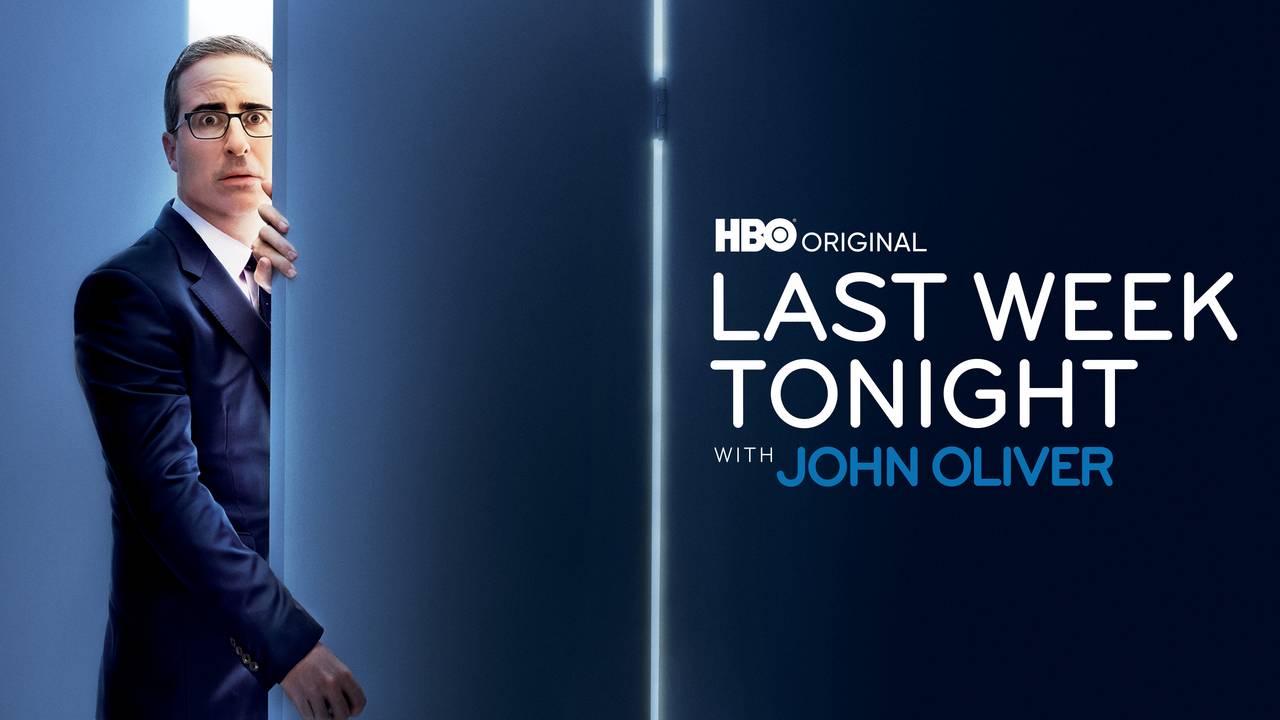 The American Visionary Art Museum in Baltimore will be getting some welcome programming and promotional assistance this fall from an unlikely source – comedian, television commentator and art collector John Oliver.

Oliver and the crew of his weekly HBO series, Last Week Tonight with John Oliver, have selected the Inner Harbor attraction as one of five winners out of nearly 1000 entries in a first-of-its-kind competition that he launched last fall to help American museums recover from losses suffered during the COVID-19 pandemic.

Each winning museum gets $10,000 to support operations plus permission to exhibit three paintings from Oliver’s private collection for three weeks at a time – an offer that’s designed to help the institutions attract paying visitors. The museums will also be featured in a segment on Oliver’s show — exposure money can’t buy.

The Maryland Food Bank and four other food banks will also benefit from the selection, receiving $10,000 each from Oliver’s team to support their efforts to feed the hungry.

The contest has been called Last Week Tonight’s Masterpiece Gallery and Last Week Tonight’s Gallery for Cultural Enrichment. It was launched when Oliver lamented in a program on October 4, 2020 that American museums were losing revenue needed to sustain operations because of the COVID-related lockdowns that begin in March of 2020.

We’re going on tour! Museums are struggling, so, in an effort to help, we’re going to pick five museums to host these fine works of art! We’ll be donating $10k to each museum, and $10k to a food bank in their area. Museums can email john@johnoliverhasyourraterotica.com to apply! pic.twitter.com/cTsBDTvDSk

Oliver noted in launching the contest that there weren’t many programs to help museums the way retailers and restaurants have received funding assistance and said he wanted to do his part to help fill in the gap.

The works he plans to loan are: Stay Up Late, a 1992 watercolor painting on paper by Brian Swords; Ties, by Judith Kudlow, an oil painting on canvas, date unknown; and Wendy Williams Eating a Lamb Chop, a 2020 acrylic painting on plywood board, artist unknown.

Oliver invited museums around the country to enter his ‘Masterpiece Gallery’ contest and promised that five winners would be selected. He asked each museum that entered to team up with a local food bank that needed help during the pandemic. Nearly 1,000 museums applied.

“We’re going on tour!” he tweeted last October. “Museums are struggling, so, in an effort to help, we’re going to pick five museums to host these fine works of art! We’ll be donating $10K to each museum and $10K to a food bank in their area.”

The names of the five winners were released today, along with the dates they will exhibit Oliver’s art.

In addition to AVAM, which will show Oliver’s art from November 1 to 22, the other four museums winners are the Judy Garland Museum in Grand Rapids, Minnesota, which is exhibiting Oliver’s art from September 7 to 28; the Museum of Broadcast Communications in Chicago, Illinois, October 5 to 26; the William V. Banks Broadcast Museum & Media Center in Detroit, Michigan, November 30 to December 21; and the Cartoon Art Museum in San Francisco, California, January 4 to 25.

Oliver’s announcement comes one month after AVAM’s founder, Rebecca Hoffberger, disclosed that she plans to retire next March after serving as the only director and primary curator the museum has ever had. An international search for her replacement is underway.

The museum is holding a fundraiser and farewell gala for Hoffberger on November 20, a date that overlaps with the period that Oliver’s paintings will be on display in Baltimore. A Last Week Tonight segment featuring AVAM is expected to air sometime this fall, before the show takes a winter break.

Seating for the fundraiser is limited to 200 tickets at $1000 apiece, and 100 tickets at $500 apiece for members only. Proceeds from the $1000 tickets will go to create an endowed Curator’s Thematic Exhibition Fund in Hoffberger’s name, in continuance of her vision. The museum warns that no refunds will be given if the gala is canceled by government mandate.

Opened in 1995 and expanded in 2004, AVAM has been designated by the U. S. Congress a “national repository and educational center for visionary art,” which the museum defines as works “produced by self-taught individuals, usually without formal training” and driven by “an innate personal vision that revels foremost in the creative act itself.”

The museum was closed from March 14, 2020 to September 25, 2020. It reopened several months before the Baltimore Museum of Art or the Walters Art Museum. Still, many of its most popular events, such as the Kinetic Sculpture Race, the outdoor Flicks on the Hill movie series and the July 4th Pet Parade, were not held in 2020.

Since September 25, AVAM has been open to the public on a Wednesday to Sunday schedule. From January 1 of 2021, to July 15 of 2021, it has welcomed 28,000 paid visitors, with mask requirements and social distancing limitations on occupancy. On weekends this summer, it has seen sell-out crowds.

AVAM is known for mounting year-long mega-exhibits that take on serious subjects such as hunger and climate change but approach them with a mix of art, science, engineering, philosophy and humor.

Hoffberger said she is thrilled by the selection. She said AVAM has had many “Sally Field moments” when it has received recognition over the years, including a recent Baltimore Sun poll in which readers named it Baltimore’s Best Museum and Baltimore’s Best Tourist Attraction, and a poll last spring in which local architects ranked the museum their favorite building in the city.

Hoffberger said she appreciates every award the museum receives but she is especially honored by the latest award because it’s coming from Oliver, whom she considers a visionary in his own right. She said she’s a big fan of Oliver, both in his current show and going back to the days when he was part of The Daily Show that Jon Stewart hosted on HBO, and she’s grateful to Oliver for recognizing how much museums have lost because of the pandemic.

“Firstly, we were deeply moved that Mr. Oliver recognized and cared that the COVID pandemic and its forced public closures had caused grievous losses to museums,” she said. Then “he cooked up such a highly visible and fun challenge to publicly underscore that need – well, we were smitten!”

Museums such as AVAM have been “particularly challenged during the shutdown of COVID because we earn through our weddings and corporate event rentals such a big proportion of our sustaining revenue,” she said. “Out of a budget of what’s normally $3 million, which is modest by any standard, we lost…$1.19 million in income because of having to be closed.”

No one else has stepped forward to help museums in such a creative way, she said.

“I don’t know of anybody else in the entertainment world who conceived of a contest to try to help. And not only help, but I love that all of us were asked to identify a food bank, and we chose very proudly the Maryland Food Bank. We view the contest as a chance to thank him for being visionary enough to be thinking of how to help at this time.”

AVAM chose the Maryland Food Bank as its partner because “they have long made an art out of sincerely and practically caring for people in need and crises,” she said. They are “more deserving of all our help now than ever.”

AVAM has identified space on its first level, opposite the museum’s gift shop, to display Oliver’s three paintings. Hoffberger said she hopes Oliver will be able to come to the museum at some point this fall but nothing is firm at this point.

Oliver, 44, is a British American writer and political commentator who started as a stand-up comedian in the United Kingdom and gained recognition in the United States on The Daily Show with Jon Stewart as its senior British correspondent from 2006 to 2013. He won three prime-time Emmys writing for that show and was its guest host for eight weeks in 2013.

His current show began in 2014 and has won 13 Emmy awards and two Peabody awards for its blend of humor and investigative journalism.

Hoffberger said she particularly likes that Oliver uses humor to make serious points on his show because that’s what she has tried to do at AVAM.

“Our museum, probably more than any I can think of, looks at the power of humor to broker hard truths,” she said. “Everybody is so polarized these days…We have a track record of looking at people who are fiercely passionate about injustice and trying to use humor to try to put things to right, and certainly, John Oliver is a consummate practitioner of that high art.”