Q&A with local writer Elizabeth Spires on her poetry collection, ‘A Memory of the Future’ 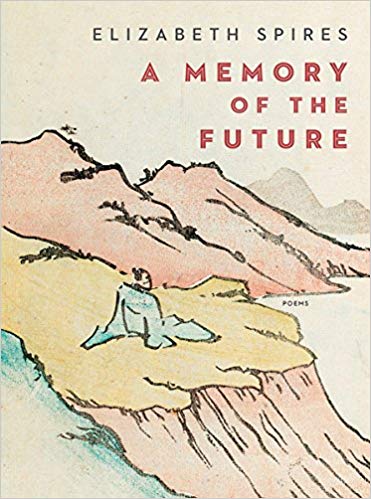 In the present climate of pervasive news alerts and social media, many of us have grown weary of the noise. The din of so many emphatic voices drowns out our own thoughts. Just finding space and calm in which to reflect is a challenge. Thankfully, the poems in Elizabeth Spires’ new collection, “A Memory of the Future,” help to create just such a space.

END_OF_DOCUMENT_TOKEN_TO_BE_REPLACED

Lessons from a Turtle

Award-winning poet Elizabeth Hazen reflects on her ambitious life thus far — the winning, the losing, the waiting it out.

Once at the National Zoo, I watched a pair of giant tortoises copulating, the sound that emanated from their habitat like a sleeper’s distress in the midst of a confusing dream. My son wondered what the matter was. All of the children wondered, the older ones with a slight blush of awareness. The adults chuckled nervously, parents scooting their children along to the next exhibit. Meanwhile I stared with the fascination of a scientist, the brazenness of a paparazzo. How those enormous, armored bodies could fit together—how even turtles could evince pleasure without words! Somehow this was a comfort to me, though simultaneously I was conflicted by my voyeurism and my relentless obsession with things I do not understand.

END_OF_DOCUMENT_TOKEN_TO_BE_REPLACED

“Yes, I Am a Grinch”: One Mother’s Christmas Confession

Award-winning poet and essayist Elizabeth Hazen reflects upon personal Christmas giddiness past as she watches her child gleefully anticipate the big day.

Overwhelmed by the rampant materialism and cheap sentimentality of the holiday season, I find it difficult to make it through New Year’s without succumbing to self-medication and retreat. Multiple viewings of the horror classic Black Christmas and the “cha-cha heels” scene from John Waters’ Female Trouble help, but are not enough to quell my disgust when holiday music infiltrates every public venue and commercials, even muted, blare loudly with garish colors about outrageous deals on useless crap.

END_OF_DOCUMENT_TOKEN_TO_BE_REPLACED

Award-winning Baltimore poet Elizabeth Hazen weighs the pros and cons of sitting in the pilot’s seat.

When my best friend told me she was giving herself a flight lesson for her birthday, I did not envy her role as pilot, but I longed to be a passenger in the plane. After a lifetime of struggling to be in control, I now find myself tempted to hand over the keys. With someone else in the driver’s seat, there’s a chance I might find the time and space to think my way beyond the daily grind.

END_OF_DOCUMENT_TOKEN_TO_BE_REPLACED

The Road to Hell Some mornings my son, nearly six and a half years old, wakes up raging over the injustices of the world: Why does he have to eat green vegetables? Why does everything he wants cost “too much money”? Why doesn’t his dad live with us? Why, as he once phrased it from his booster in the backseat of our car, is life so hard? Devastated that I had failed already to guard him from this truth, I had little comfort to offer. Finding my own life a series of difficult navigations and compromises that leave all parties feeling deprived, I have struggled throughout my adult life to reconcile the lessons I learned as a child – all dreams are achievable, hard work always pays off, people get what they deserve – with the reality of my experience. The science of these teachings, quite simply, doesn’t play out. So what, then, do I tell my son? That intentions don’t matter? That the universe is random and our place in it negligible? That it is virtually impossible to predict what will happen, and even harder to know what will make us happy?

END_OF_DOCUMENT_TOKEN_TO_BE_REPLACED

Thanksgiving 2011, my parents, my brother, my son and I flew 800 miles from Baltimore, Maryland, to Cape Canaveral, Florida, to see Curiosity take off. There are infinite variations of where we travel and why, and of how we get where we’re going. The explanation for this journey was that my father, a scientist, had VIP passes to the launch and thought it was an opportunity we shouldn’t miss. My recent separation was another reason, though not one we would offer those who asked about the trip.

END_OF_DOCUMENT_TOKEN_TO_BE_REPLACED

How I Found Myself at Skateland It was an early summer idea. Why not roller-skate? My friend Jane had recently taken her five-year-old daughter to a birthday party at Skateland, and her appetite for wheels had been whetted. She tried to articulate her desire to skate, but all she could say was, “It was so much fun. I had so, so much fun. We need to go back.” I was skeptical, but it was June. School was out, the weather was hot, and we all needed something to look forward to.

END_OF_DOCUMENT_TOKEN_TO_BE_REPLACED Baltimore-based poet Elizabeth Hazen knows what burns you up inside.

The way, in movies, people move through ghosts,
you power straight through me, Underwear Girl,

A boy in a muscle shirt chases you. Come back!
He is young, embarrassed, maybe in love with you,

maybe just in love with the way your body
moves – all passion and mystery and control.

END_OF_DOCUMENT_TOKEN_TO_BE_REPLACED

The Science of Searching

The daughter of a scientist, I feel requisite shame and perverse delight that I was 30 years old before I learned about the existence of the new moon. My son, then a year and just beginning to speak, said a word that sounded like “moon,” so I carried him outside. He pointed up, but nothing was there except stars and the blinking red light of an airplane. While this first disappointment did not faze him, I went straight to the computer for answers. A quick internet search left me marveling that I could have been in the world so long, living under this sky through hundreds of lunar cycles, without knowing that there are nights when the moon is invisible.

As children, my brother and I learned to turn our focus downward. In the sky there were uncertainties, and our father’s explanations did not satisfy. Like the endless squares of a magician’s handkerchief, each question we asked yielded another and another. How big is the universe? What are black holes? How can stars be dead? The answers, if there were answers to be found, involved complex equations with numbers unfathomably large and implications beyond our understanding.

If the sky was filled with difficult questions, then the ground brimmed with the knowable. We learned to dig deep, get our fingernails dirty, uncovering secrets just beneath the surface. Children of iron, magnesium, zinc, copper, we learned to love the smell of minerals rising from the earth after a heavy rain, the scent of rust and worms.

On summer vacations, we were schooled in excavation. We climbed the faces of mountains with our father. We dug, chiseled, split shale in two thin sheets, searching for trilobites, their spines like thorns. It was in reference to these fossilized creatures that I heard my father, for the first and only time, use the word “cute.” He taught us how to open rocks without crumbling them. We worked, surrounding ourselves with growing piles of empty stones like shucked oyster shells. When a rock yielded image, we didn’t think about the age of the trilobite, though we should have been humbled by its hundreds of millions of years trapped in stone. Instead we felt the satisfaction of discovery, as if we had found the last Easter egg or a four-leaf clover. We showed our father each find and waited for his assessment, hoping for approval. He held our hands as we descended the mountain or hiked deeper into the quarry pits. He licked dust from the rocks to see the specimen more clearly and, I think, to make us laugh.

When we were old enough to run the neighborhood alone, we waded through the creek behind our house, using branches to poke back rocks and see what was beneath them. Once we uncovered the carcass of a dog, washed from its shallow grave by that summer’s heavy rains. Our father followed us back to the body, which he carried home in a garbage bag.

What he taught us about the dog had little to do with life and death, which were surely beyond our understanding, and more to do with preservation. Now I wonder if they aren’t the same thing. He boiled the bones in a lobster pot to cook away the sinew. My mother was furious and disgusted, but my brother and I were thrilled.  A dead dog on the stove and our father, whom we had never seen cook before, stirring. When the bones were clean, he painted them with sealant and strung them together. The skeleton still hangs from the ceiling of my parents’ guest room.

Like my father, my son is always searching. He finds pennies in sidewalk cracks, teeth wedged in sand, snakes hissing under backyard rocks. At five years old he already has a collection of shells categorized by type, a collection of leaves in varying states of decay, a collection of pine cones, sticks, sea glass. Last time my father visited, he brought a box filled with discarded mineral specimens. “Awesome,” my son repeated as my father handed him granite, mica, feldspar, quartz. Now these, along with his other treasures, are labeled and stored beneath his bed, just as my father’s treasures line the shelves of my parents’ house, fill drawers and trays, crowd the coffee table, and spill from jars.

This fall my son discovered a dead bird in the yard. I hurried to shield him from the sight, worried he’d be afraid, but he was examining the corpse with a stick, trying to determine whether it was a swallow or a chickadee. He looked up for birds to compare it to, and he wanted to bring it home.

My son does not confine his searching to the ground, as for so many years I did. He is obsessed with the planets beyond our solar system and with aquatic creatures that thrive in darkness, creating their own light. We read about fading galaxies and about the miles and miles beneath the ocean, deeper than I have ever dug, beyond what anyone can touch or see. My son sees no limits to understanding. He invents terms for what we can’t find in books. His questions don’t wait for answers because in asking them he gets what he needs. And when he faces uncertainty, as inevitably he will, I’ll tell him, just as my father tried to tell me, Keep looking.