As Baltimore writer Christine Grillo weighed whether to indulge her son’s passion for violent video games, she and her husband entered new levels of parental danger.

“But all my friends are playing them,” said my son.

Then he went on to explain, in actual tears, that he was being left behind and left out. In so many words, we, his parents, were depriving him of critical adolescent alliances in this tender developmental age when being part of the herd is much, much more important than, say, orthodontic hygiene or hanging up a towel after a shower. We were ruining his friendships and, therefore, his life.

The object of his desire? First-person-shooter games. For the uninitiated, first-person-shooter, or FPS, games are video games that allow the player — my 12-year-old son — to engage in close-range combat through the eyes of a buff protagonist, usually an American military squad leader. These games have names like “Call of Duty” (think there are any jokes about that one?) and “Gears of War,” and they feature firefights, sniper weapons, melee weapons, garroting, blood, and sometimes logic puzzles. The graphics can be stunning.

He begged for permission to play them.

And for the usual kumbaya reasons, we weren’t keen on this. We had notions: (1) The military industrial complex uses FPS games to train its soldiers. (2) FPS games minimize the lives lost in combat in real life (IRL). (3) FPS games will desensitize my son to violence IRL. (4) FPS games are a recruiting tool for the military. (5) Our son’s friends’ parents will hate us if we allow him to play FPS games — we’ll be ruining it for everybody.

But we entered into negotiations. Due diligence compelled us to canvass the parents of these friends, all boys, who played garden-variety video games and who, according to my son, were allowed to play FPS games, too. The parents’ comments were nearly unanimous: (1) The boy becomes a bona fide dope when he’s on the screen, regardless of whether that screen is a computer, a television, a handheld device, or something else. (2) The boy is bothering us about playing FPS games, too, and we don’t like them. (3) We want to pile up all the screens in the house and smash them with a sledgehammer. (4) We should take him camping more often. One of them said, “I feel like showing him the WikiLeaks video of the guy in the helicopter slaying innocent Iraqi citizens.” More on that later.

I have three brothers, one of whom served in the Army in Afghanistan, and a brother-in-law who, as a film producer, works with the military to create training videos. Naturally, I asked this coven of brothers to weigh in.

The brotherhood smiled and nodded.

My veteran brother busted one myth immediately: the military does not use FPS games to train its soldiers. “That would be a waste of time,” he said. “Playing these games doesn’t actually make you good at anything except playing these games.”

Paintball, apparently, is much better for combat training.

My BIL chimed in with What The Studies Show. The Studies are inconclusive on just about every question raised about whether or not FPS games nurture lasting violent tendencies in the people who play them.

He patiently explained: game developers love the military, paying them big consultant bucks, and the military loves game developers, because they’re a huge recruitment tool and a big source of revenue (from all those consulting jobs).

Apparently there is only the one complex, and it is the gaming military industrial complex.

We struck a bargain with our son. We could have some very restricted time with FPS games, but first he had to watch the video of the WikiLeaks Apache* Helicopter Attack, which he would have to discuss with us afterwards.

He and I watched the video — all five long minutes of it — while the younger children were banished to another room. Shot from helicopter’s gunsight, with the gunsight visible in every moment of the footage, the video tracks civilians on the streets of Baghdad, while we hear the voices of the American soldiers who are doing the targeting and shooting.

In the beginning, I asked him questions.

“Do those people on the street look armed and dangerous to you?”

At about Minute Four, the kids came into the room. Immediately, my son paused the video, became agitated, covered the screen with his hands, and tried to shoo them away.

“Mom, make them leave,” he pleaded. He put his hand over his little brother’s eyes.

When the video ended, he wouldn’t look me in the eye. I asked him what he thought of Crazyhorse* and Bushmaster.

“Why did you think they shot those people on the street?”

“Do you think the soldiers were trying to score points on a computer game?”

“They’re stupid,” he said. Then he sat down on the other side of the room and held the cat — who very much wanted to be let go — and stared hard out the window. He squeezed the cat hard.

Eventually, he went next door to his friend’s house. Later that week, I watched him fumble through the first scenario in “Black Ops,” battling enemy forces for control of a Middle Eastern estate. I marveled at the detail and beauty of the graphics. Oh, the crumbling walls and arches, the courtyards, the fading wallpaper, the mosaics, the chandeliers, the worn tapestries, the rugs, the tables laid out with fraying finery. He muffed the skirmish and was chastised: “Your actions have caused your team to be killed.”

Isn’t that the quintessential parenting fear? That our actions will cause our teams to be killed? Escorting a child through forays into maleness is fraught with danger. Mistakes will surely be made. If only it were as easy as quitting and starting a new game.

*What gives with the military co-opting American Indian names for its operations, anyway? Give it a rest, fellas.

Christine Grillo is a contributing writer at the Johns Hopkins Center for a Livable Future, and her fiction and non-fiction have appeared in magazines and journals such as BSO Overture, Baltimore Style, LIT, The Southern Review, Utne Reader, and Urbanite. She is a graduate of the Johns Hopkins master’s program in creative writing, and a fellow of the Virginia Center for the Creative Arts. 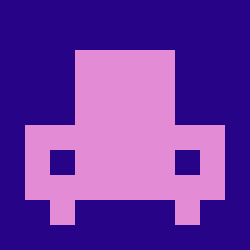