Mary Nerino is a criminal defense attorney in Northern Virginia representing clients who have been charged with offenses such as speeding and driving under the influence.

In April of 2016, Councilwoman Mary Pat Clarke introduced a bill into the legislature that would increase the city of Baltimore’s minimum wage to $15 an hour by the year 2020. And this week, the Baltimore City Council is beginning the process of working on this legislation and hopes to come up with an equitable solution in the near future.

This bill is being introduced to the Baltimore legislature at a time where discussion around the minimum wage is reaching a peak. The Democratic platform, drafted before the upcoming convention, supports a $15 federal minimum wage and several states have already begun moving towards that goal.

New York, California, the District of Columbia, San Francisco and Seattle all have legislation that is going to increase the minimum wage to fifteen dollars over a period of time.

And because this topic has become a major national issue, the proposal for a minimum wage increase in Baltimore is bringing about strong opinions from both sides of the debate. Opponents of Mrs. Clarke’s proposal believe that raising the minimum wage to fifteen dollars an hour would greatly increase unemployment and cost the city millions of dollars it simply cannot afford.

The city’s finance department has cited statistics which report the city would lose $150 million over the next five years and unemployment would rise up to 10.6 percent. The department believes this increase would cause unemployment to go up to numbers rivaling that of the 2008 financial crisis and “virtually all of the jobs lost would be youth, young adults and unskilled jobs.”

Proponents of this legislation believe that raising Baltimore’s minimum wage to fifteen dollars an hour is the right thing to do so those less educated and working full-time can earn a livable wage. They also claim the financial department, and other business leaders, are making assertions about the economy they cannot possibly predict.

David Cooper, an analyst for the Economic Policy Institute, is quoted as saying that any attempts to determine the costs of such legislation are “pure speculation and a total shot in the dark.” He, along with Mrs. Clarke, believe the city’s finance department is throwing out a large number in order to “oppose this legislation without actually saying so.”

Given the dissenting views on raising the minimum wage, it is still a positive that Baltimore politicians are discussing ways to improve income inequality and how to go about making this change. According to statistics, only twenty-five percent of people in the Baltimore area have advanced education and many of the lesser educated are working jobs which are paying them unlivable salaries.

Some leaders in the community feel that if the minimum wage is raised, these are the very people who will be losing jobs. Others believe raising the minimum wage is not going to totally eradicate poverty, but it is a necessary step in the right direction.

Weighing the concerns of individual Baltimore people and the overall economic impact on the city is something Baltimore officials will have to take into consideration when discussing what to do about this legislation in the near future. 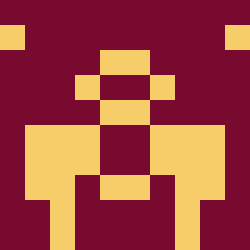