In honor of the Maryland FIlm Festival, which kicks-off tonight, we bring to your attention a story we ran in January about Baltimore native Sheldon Candis and his film “Luv”, to be shown at the festival on Saturday at 8 p.m. at the Brown Center at MICA. (View the entire film festival schedule online.). The story was written at The Sundance Film Festival, where the film had its premiere. Learn more about Candis and “Luv” by viewing the video above. – The Eds.

Baltimore native Sheldon Candis debuted “Luv,” a gritty coming of age story set in Baltimore, at the Sundance Film Festival Monday night. Candis co-wrote and directed the story of an 11-year-old boy’s odyssey through Baltimore with his much-loved uncle.

Before the film started at Eccles Theatre, the largest of the venues at the Park City, Utah, festival, Candis thanked his producers, saying, “You let a little boy from Park Heights dream.” Candis, a USC film school graduate who grew up off Cordelia Avenue and Ducatel Street, said he was inspired by relationships with adored uncles and relatives in Baltimore who influenced him, despite their flaws. In “Luv,” a young boy skips school to spend the day with his uncle, who has just gotten out of jail and is trying to start a legitimate business. Throughout the day, the uncle, played by rapper Common, teaches his nephew to drive his Mercedes, shoot his gun and brings him to a series of meetings that progress from a bank loan quest to tense encounters with trigger-happy criminals to a crab feast where two old men debate the best way to crack a crab, with tensions simmering as they pound on the crustaceans.

Baltimore is a featured player in the film, with scenes featuring the glittering skyline, the Inner Harbor, the parking lot at the Pimlico race track and Lexington Market, where the little boy, played by Michael Rainey Jr., tries his first oyster.

“I’m from Baltimore and it’s always had a special place in my heart,” Candis told the crowd of 1,200, who cheered as about 40 members of the cast and crew took to the stage, along with Candis’s co-writer Justin Wilson. The director’s voice broke as he talked about leaving Baltimore and told of his secret goal: “I always wanted to be Barry Levinson from the other side of the tracks.” Candis said he worked with the cinematographer to create a beautiful image of Baltimore.

“I once heard that Baltimore was the forgotten American city. I’ve always felt it was the best American city,” Candis said.

One of his toughest shots for the film came on a day when equipment was breaking and his young star had already worked a long day and was sound asleep in a minivan as they set up the shot. They woke the boy up and Candis told him, “This is it. Can you be emotionally vulnerable? He looked at me and nodded his head yes. He did it.” Much of the movie takes place inside the uncle’s Mercedes as they cruise the streets of Baltimore and the uncle dispenses advice and tells his nephew everything except the whereabouts of the boy’s missing mother. The boy puts his newfound skills to work, negotiating with jumpy gangsters and charming hardened police officers as the evening wears on.

Candis, who graduated from the USC School of Cinematic Arts in 2002, recalled dragging his grandmother to Canada for a screening of his first short film, “Sonny Listening.” “There were 12 people in the theater and four of them were me and my family. I’ve had a quiet shame for many years about all that.” The director’s later short films include the documentary short “The Dwelling,” “The Walk,” and “Young Cesar.”

For “Luv”, Candis attracted big name actors including Danny Glover, Charles S. Dutton and Common, who said, “I felt the heart and soul in the movie.”

Robina Riccitello is a freelance writer living in San Francisco.  She has written for UPI, Newsweek and other publications. 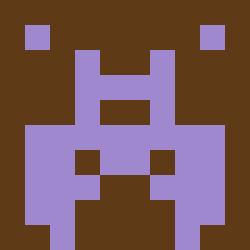