“Baltimore in Black and White,” now playing at the cell theatre in New York, was inspired by playwright Jason Odell Williams’ experience of being a kid in Columbia, MD, having an extremely diverse group of friends and growing up making [good-natured] fun of one another. When he got to high school at McDonough, he says “everything was segregated – people were sitting at different tables. It was weird.”

The play was developed from a scene Jason wrote while working at the Ensemble Studio Theatre in New York. At EST, he was given two actresses to work with for a night of vignettes, a white actress and a black actress. The scene he wrote takes place at a bus stop – while the women wait for the bus the black woman reads heady prose and the white woman raps to her headphones. The scene was performed at EST to a great response from the audience. After Jason completed his first play, “At a Loss,” his wife and frequent collaborator, Charlotte Cohn, a Broadway actress who has appeared in several productions at Center Stage, suggested for his next full-length he revisit the bus stop sketch. While a version of this scene remains in “Baltimore Black and White,” those characters are supporting the larger story in which we watch an interracial couple, a black man and a Jewish woman, move through life together from the playground, to an awkward reunion at an ATM and ultimately to their wedding night. When I asked Jason what he looked for in a good night of theatre he said, “I just want to be entertained – whatever that may be, I want to be excited.” When I asked him about his own plays, his response was that he wrote “what he would want to see.” Jason says, “I want people to laugh for a long time and then maybe be a bit moved and then think.” After seeing “Baltimore in Black and White,” I assumed race would be a major issue in Jason’s other work, but he told me that while all of his plays are comedies they are all very different in theme and tone. A question for you: Given Jason’s long-standing ties to our city, and the fact that he’s writing about this place, shouldn’t his play next come to Baltimore? –Fia Alvarez

“Baltimore in Black and White” plays thru May 21st at the cell theatre in New York.
Baltimore native Fia Alvarez studies playwriting in the graduate program at Juilliard. 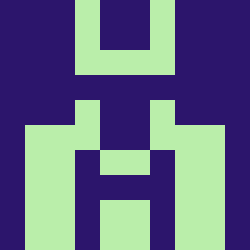