Clearly, Facebookers over 50 experience social-networking differently from younger users. No one I know over 50 has 1,000 or more “Friends,” signs on hourly to complain about the weather, posts scores of pictures, videos and links, keeps a running list of everything they’ve eaten in a day, or turns to Facebook for diagnoses of passing aches and pains — actual entry: “I’ve had sharp pains in my stomach for three days now, what do you think that means?” This followed by scores of comments.

I know I’m right because of a small army of 20- and 30-something cousins (all female) who do these things regularly. This is also how I came to know exactly when, where and how one cousin’s boyfriend threw up for the first time in their relationship.

No question, there is a downside to Facebook for us older, possibly more private types. But there are benefits nevertheless.

Unexpected contacts. Reach-outs from old friends, possibly even former lovers (though this has yet to happen in my case). Leading to rekindled relationships of one kind or another — and at our age we need every one we can get. In at least three cases, I’ve resumed friendships that were cut off long ago, who knows why — when we were young, back in the non-social-media era, when someone moved, that usually ended things, though often there was an initial spurt of letters.

We also get great stories. Fantastic tales one would have no way of knowing without the option of flipping through the posts and photos of everyone we’ve ever met, or at least those who have yet to close down that option (and it’s mostly older users who don’t, because we’re less likely to know how).

Probably seems just a mite obsessive, hell, probably is. But this interest isn’t something that takes up all that much of my time; just fuels the occasional foray. Once a month, maybe. Twice, tops. Honest. (Though why am I reminded of Steve Martin’s famous riff on using pot: “Never at dusk”? Of course, if I put that on Facebook, my younger Friends wouldn’t get it.)

But it’s a genial, mild sort of habit. I’m delighted when I see photographs of babies, grandkids, etc. — signs of happiness. I’m pleased when I note marks of career success in  my kids’ generation — impressive jobs, high degrees. I’m intrigued when I see the changes time has wrought; even more so when, as in the case of a few, there seems to have been no change whatsoever. How can my old friend Nadine still look that good?

But I have to admit I’m downright ecstatic when I turn up a knockout story. And I have found a few. Two in particular stand out:

*A friend from childhood who went to Hebrew school with me, with whom I actually shared a bat-mitzvah, as well as a fanatical devotion to Elvis, who when last seen was married, mother of two, and a seemingly typical disgruntled suburbanite, now lives in Japan with an Italian boyfriend and makes an apparently more than decent living channeling a guru from Venus, who offers counseling over the net.

*A neighbor who lived down the block from me back in the ’80s, whose son was a friend of one of my kids, who during that time of rising feminist awareness had thrown herself full force into the role of adoring wife, staring at her (rather dull, moon-faced) husband whenever he spoke with the soulful stare made famous by Nancy Reagan, referring to him in awed tones at all times, has not only (you probably saw this coming) switched gender allegiances completely and is roaring the glad news to the rooftops, but seems to have lost all sense of decorum — blogs and photos attest to sequential relationships with at least three different women in as many months.

It’s no surprise in today’s world to see someone discovering, or deciding finally to act upon, long buried predilections. It’s common enough to produce a giant yawn in most cases. Not this time, though. I, in fact, would happily defy anyone who lived in our neighborhood back then to pinpoint anyone less likely to have made such a sea change. My son, the one who knew the family best, when asked to guess which mother of a friend had jumped ship hetero, listed no less than 12 possibilities, without ever hitting on the right name.

Both these stories are quite real; you can’t make this stuff up. One struggles to understand, to fill in the gap between then and now. A, the channeler — well, she was always a bit daring as a kid. Up for the new. The first in our crowd to let a boy unbutton her sweater, for instance. It’s not a direct line between sexual experimentation and Venusian godheads, but maybe there’s some connection. Either that or the stultifying boredom of our Hebrew school classes prompted her to seek other religious options? It always amazes me how many of us remained Jewish after that experience, or, at least, eschewed Christianity. A. too, of course. In fact, she opted to eschew planet earth entirely.

And as for D — clearly she’s manifesting the same enthusiasm for current partners as she did back in the day for her husband. Only the object has changed, not her modus operandi. One can’t help wondering, of course, how she chose to announce her new lifestyle to her extremely conservative, socially well-placed spouse.

Have there been any situations I ran into on Facebook that were not quite as much, well, fun? Why, yes, there was one, and honesty demands I share it, too. For years I wondered what had happened to H., a close friend of mine throughout college. I’d Googled, even LexisNexised her, at one point, to no avail. This was no minor acquaintance or friend of a friend. This was a girl I’d shared many things with, including two or three boyfriends. Our ways had diverged after college, but I’d never stopped hoping I’d find her eventually.

And by gumbo, there she was one day on Facebook, looking instantly recognizable. She too had gone a semi-religious route, studying something Eastern from the looks of it, which involved doling out Oneness blessings. I was thrilled to find her and sent a long email, reminding her of our connection, our mutual friends, and a few of our experiences.

She replied almost at once. She was pleased to hear from me, remembered several of our friends, recalled a trip to New York I mentioned, but there was one teensy problem she felt she had to share.

She didn’t remember me. At all. Exactly where had we met? Was it high school? Europe?

I am fully prepared, at all times, to find out I’ve registered not at all on someone’s memory screen. I happen to have one of those truly annoyingly adhesive memories myself, the kind that recalls incidents, conversations, arguments going back to childhood. As far as people go, I rarely forget anyone I’ve had even a passing connection to.

But others are different, I know this. Still — this wasn’t a onetime neighbor, a minor acquaintance. This was H! Quickly I wrote back, listing more friends, more details…it was undoubtedly just a momentary lapse on her part; any minute something would click and everything would come flooding back!

She replied again, just as graciously. Yes, now that she thought about it, she remembered even more of the people I mentioned. My emails were bringing it all back.

With one exception. Try as she could, she had no memory of me whatsoever.

Not only that, “I don’t think I have a problem with my memory,” she added. In other words, it wasn’t just that she’d forgotten me — she didn’t think it was particularly notable that she had. Either that or she was trying politely to let me know she thought something was wildly askew with my own memory.

So Facebook has brought me two great stories  — enough to spice up any dinner party — and a smack in the face (which actually doesn’t work badly at a dinner party either).

Judy Oppenheimer is the author of a literary bio, Private Demons: The Life of Shirley Jackson, and Dreams of Glory, an in-depth look at a high school football season. 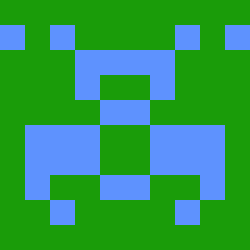