When you turn the corner of Hampden’s famed 36th Street to head down Chestnut Avenue, you are treated with a glimpse of a bright teal bench crowned by a large doughnut and pink stairs spangled with sprinkles.

Full Circle Doughnuts, which sits at 3528 Chestnut Ave., has delighted customers with eclectic flavors like Cosmic Brownie, jalapeño popper, and cereal milk. But after four years in business, the shop is closing for good Saturday.

“I want to genuinely thank everyone [who has] taken the time to support not only the doughnuts but me and my dreams,” owner and doughnut maker Kourtney Fix wrote on Instagram and Facebook. “This shop was something I’ve been creating in my head since I was a little girl.”

Full Circle started as a child’s dream for Fix, 33, and imagination was brought to life within its doors. The walls of the small Hampden space drip with pink paint and are covered in colorful sprinkles. Inside, Fix can be found behind her mixer or packing orders of sweet and savory confections into long white boxes.

Fix calls upon her culinary training and 10 years of baking experience to develop flavor combinations that push the boundaries of classic doughnuts, open taste buds, and provide a spin on popular favorites, such as the now-available pumpkin spice latté doughnut.

The storefront was previously the home of B Doughnut, where Fix worked as an overnight baker. After B Doughnut closed in November 2016, Center Cut Doughnuts took its place.

A year later, Center Cut closed too. Fix bought the shop and, as she says, “brought her story full circle.”

Fix said her shop was a safe space where she could express her creativity through unique doughnuts and other confections, like the ever-popular cinnamon buns.

The shop became a safe space for the community, too, with Fix being a vocal supporter for human rights, particularly Black Lives Matter and women’s issues.

Over time, the shop set up semi-monthly donations to House of Ruth and ran fundraisers for the Baltimore Abortion Fund.

Eventually, Fix became a confidant for individuals to confide their stories of abuse, particularly within the Baltimore restaurant industry.

“People felt safe coming here to talk about it because we tend to believe what is being said without questions, which shouldn’t really be that hard,” Fix said.

On Full Circle’s and her personal social media accounts, Fix shared survivors’ anonymous stories alleging sexual assault, abuse and other charges by individuals in Baltimore’s hospitality industry. The shop received backlash from business owners who were mentioned in those accounts and their supporters.

Two individuals whom Fix mentioned in her social media posts sued her earlier this year for defamation. The cases remain pending.

As the lawsuits continue, Fix said she decided to close Full Circle to focus more on her own needs.

“I feel like I can’t heal right now because I’m carrying others’ pain,” she said.

Fix added that the store will mark its closure with a celebration of fall flavors this Saturday.

“This isn’t how I expected ten years of building to end, but I am not uneasy about my decision,” she said.

On one of Full Circle’s final days in business, the cast of customers coming through the store to buy doughnuts and wish Fix well in the next phase of her journey ranged from nonprofit leaders to teachers to families to a young girl getting a free cinnamon bun in honor of her birthday.

Fix said her favorite part of running Full Circle has been the relationships she built.

“The people in this community are my family,” she said. “We’ve all grown together. All of the relationships have shaped me into the person that I am. And I know I’m not the same person leaving that I was coming in.”

Fix is unsure what she will do next and whether it will involve slinging dough, but she is ready to pass the store on Chestnut Avenue to someone new.

“We grew as much as we could,” she said. “This shop was what I needed to grow, and now it gets to be that for someone else.”

Full Circle will be open from 8 a.m. until sell-out for its last day on Saturday, Nov. 20. 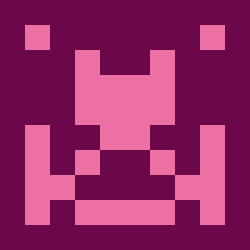