Three years ago, Calvert School first sent a bus full of 60 Eighth Graders to jump into the Chesapeake Bay. In the middle of January! Not even as a punishment! Since then, the school’s participation in Special Olympics Maryland’s Cool Schools Plunge has grown exponentially.

Calvert’s involvement in the Cool Schools Plunge was a natural fit. Since the inception of its middle school 16 years ago, Calvert has sought ways to instill leadership through community partnership. This concept of civic engagement is a key tenet of the school’s newly launched Institute for Leadership & Purpose at Calvert School, an initiative reaffirming Calvert’s mission to build leaders for tomorrow, today. What better way than to band middle schoolers together for a fun (but frigid!) morning to benefit a Maryland institution. In the school’s three years of participation, the community has rallied around the effort, not only plunging, but raising awareness and funds to support Special Olympic Maryland’s mission of “providing year-round training and competition to those with intellectual disabilities, so that they may develop physical fitness, demonstrate courage, and experience joy.”  This year, Calvert expanded its participation by partnering with neighboring St. Elizabeth School. Together, students from Calvert and St. Elizabeth submerged themselves in the winter waters, cheered together on the beaches of Sandy Point, and made connections that went beyond the event itself. This was all inspired by a Calvert student who sought to make an impact for his older sister.

Oliver Clark ’20 first made the plunge with his grandfather when he was just five years old. They plunged for his older sister Sutton, whom Oliver calls his hero. Since then, “Team Sutton” has become a community of supporters that even includes the Phelps Foundation whose generosity has provided Team Sutton branded gear for the event. Since Oliver and his grandfather’s first plunge years ago, Team Sutton has raised over $120,000 for Special Olympics Maryland. Despite being a typical Seventh Grader with an easy-going demeanor, Oliver is a 13-year-old boy with a clear purpose: to raise awareness for the Special Olympics and make an impact. It’s impossible to see Sutton and Oliver smiling together and not want to be a part of this effort. As a school, it was easy to jump on board and then, well, into the icy waters.

Last year, however, Oliver and Sutton noticed something. Despite the thousands of gleeful plungers supporting Special Olympic Maryland’s athletes, the beach itself was nearly empty of the many disabled most impacted by these efforts. So the siblings united, building a plunge team of buddies from Calvert (Oliver’s school) and St. Elizabeth (Sutton’s school) which are just a mile apart in north Baltimore. 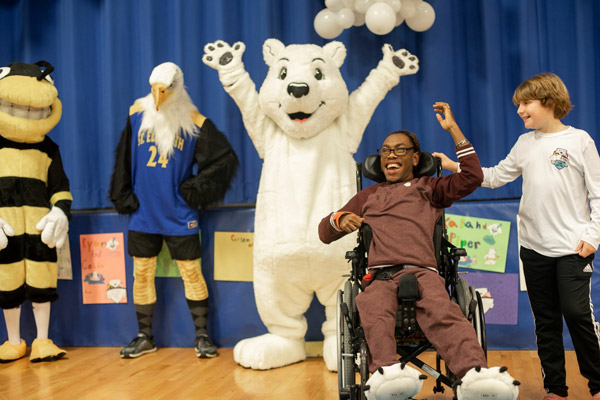 With the support and enthusiasm of their family as well as St. Elizabeth School Principal, Ms. Erin Upton, Oliver and 15 of his Seventh Grade classmates made monthly trips this fall to St. Elizabeth to visit and bond with their St. Elizabeth “plunge buddies.” They played team building games, partnered in the registration process, hosted an ice cream and board game party, and the experience culminated with a pep rally of over three hundred supporters. The celebration was only a snapshot of the experience for both schools. When Calvert and St. Elizabeth students, faculty, families and friends met at the beach in January, it did not matter if they were standing or sitting in a wheelchair, each one was smiling. They were perhaps shivering, but keenly aware of the difference he or she had made, not only for Special Olympics Maryland but for each other.

As Principal Upton shared, “When we began this adventure, I think we were all open to any ideas— not really knowing what would unfold. The beauty of it is that the kids took it from there. The students from both schools showed up with nothing but heart and created this truly inspiring bond. On that Thursday in January, I witnessed the bravest, kindest souls on the beach.”

Just as Oliver and Sutton modeled, leadership is a verb, not a noun. It blossoms through building relationships, taking risks, and working collaboratively toward a meaningful goal. For Calvert students, this was not simply a service project—it was and continues to be a collaborative leadership opportunity of great meaning. Through this shared experience, Calvert and St. Elizabeth students became a team, united for a cause. In the months ahead, a range of additional projects will continue to unite these two schools around a common purpose of inspiring tomorrow’s leaders.

Jim Schmutz, President of Special Olympics Maryland reflects, “The beauty of the St. Elizabeth and Calvert Schools ‘unified’ plunge is that it marks another milestone on a long, on-going journey where Oliver Clark and his family bring more people together to experience the joy that results from authentic, interactive, inclusive experiences. With young leaders like Oliver and his classmates who ‘choose to include,’ the future is bright and the world is a better place.” 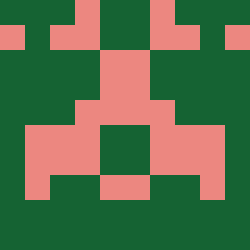 Jay Parker
Jay Parker is the Director of the Institute for Leadership & Purpose at Calvert School.