Angie DiPietro is a criminal defense attorney who practices in Ocean City and across the Eastern Shore of Maryland.

Modern cell phones make it easier than ever to record scenes from our daily lives, a phenomenon which has both positive and negative effects. Recently, a young man was charged in two separate “peeping Tom” incidents when he stuck his cell phone under the divider of a bathroom stall to record action within the stall.

The most recent incident occurred recently in a ladies room at Arundel Mills Mall, but the man was also charged in a separate earlier incident in a restroom at Towson University.

This is the second criminal prosecution in recent months concerning hidden cell phone recording in private settings at Towson. In February, a university diving coach admitted to hiding a cell phone in the women’s locker room and recording conversations while members of the swim team undressed.

Team members noticed a light shining in the coach’s locker and when they looked closely, discovered a partially hidden phone propped on a plastic bottle set to “record” mode. One of the students checked part of the recording and saw that it depicted two teammates undressing.

Although the intent of the recording may have been to hear conversations between team members rather than record images of them in a state of undress, the prosecutor argued that the students involved suffered a “heart-wrenching” betrayal of trust, according The Baltimore Sun (Knezevich, Alison. “Ex-Towson University diving coach gets probation for recording team members in locker room.” The Baltimore Sun. February 10, 2016: baltimoresun.com.)

Moreover, the coaching staff took dubious action when the team members brought them the phone with the recording. Instead of reporting the incident to the police, the coaches reset the phone and several other pieces of electronic equipment to factory settings to erase all recorded material. Even campus police were not alerted to the issue until one of the deans received a call from the parents of an aggrieved student.

Once the incident came to light, the coach was charged with “visual surveillance,” which is often referred to as “peeping Tom.” Section 3-902 of the Maryland Criminal Code prohibits “the deliberate, surreptitious observation of an individual by any means,” specifically including the use of a camera in a “private place,” which includes dressing rooms and restrooms. (Md. Code Ann., Crim. Law §3-902.) The man arrested in the peeping Tom incidents at Towson University and Arundel Mills Mall faces charges under the same statute.

Although part of the criminal code, Section 3-902 specifically states that an individual who has been subjected to “visual surveillance” has the right to bring a civil cause of action against the perpetrator to recover damages and attorney’s fees. The law also allows for other equitable rights and remedies.

While Section 3-902 specifies that the crime of visual surveillance requires that the observation be made with “prurient intent,” such intent appeared to be lacking in the instance involving the Towson diving coach, who eventually pled guilty to the charge.

So given the prevalence of cell phones, particularly in a college environment, the potential exists for visual surveillance charges and civil actions in cases where students may record each other for a prank, with presumed consent, or even unintentionally.

It is important to note that students charged with a crime may also be charged by the school for violating the student conduct code. Because of the unique environment and issues involved in educational settings, student defense has become a specialized area of law. Anyone who finds themselves on the recording or recorded end of a questionable phone video should consider consulting an experienced attorney. 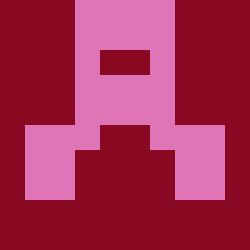