Last week, I went to Center Stage to see Shakespeare’s play, Twelfth Night.  I’ve been to plays at other theaters, like the one at Goucher College and the Chesapeake Arts Theater, but it was my first visit to Center Stage.  I didn’t really know what to expect, since the play wasn’t written for kids.

The Center Stage building is large, but the play we saw was in a small theater.  My mom said that there are actually two theaters in the building, a large one and a small one.  The theater we were in was really nice, with seats set up so everyone could actually see the stage.  The set was really cool, and it looked like they actually built the outside of a building.  Everything looked very sturdy.

I was surprised to see other kids around my age there with their parents, and they seemed to like the play as much as I did.  Some people were dressed up in fur coats, but most people wore jeans, business suits and dresses.

The Artistic Director, Kwame Kwei-Armah  came on stage to tell us all about the new season.  He was really excited about the new plays, and there were even a few I would like to come back and see.  There will be one about Muhammad Ali, and one about It’s A Wonderful Life.  Mr. Kwei-Armah said there was going to be a surprise play, but I’m not sure what that would be.  I don’t think it will be Captain Underpants, but you never know.

The play, Twelfth Night was directed by Gavin Witt and was written by William Shakespeare.  It took place in 1938, Illyria. Illyria was a small Middle Eastern sea town that was ruled by a Count.  The plot was about a brother and sister who were shipwrecked and separated and they think each other is dead. The sister fell in love with the Count.  The Count was in love with a Princess.  The Princess was in love with the sister, who was dressed up like a boy.  The Princess had a servant and he fell in love with her too.  There was a lot of miscommunication. The play was funny and there were a lot of jokes and comedy acting, especially with two men who were supposed to be drunk all the time.  There was even a sword fight, but that turned out to be funny, too.

Overall, it was a little long and a little hard to understand because they talked like Shakespeare. The actors made it easier to understand by physically acting out some of what they were saying. My favorite character was the fool.  I think he was supposed to be a man, but the actor was a woman.  He was actually really smart, and knew everything that was going on in the town, but he pretended to be a fool. He was really funny and when you wanted him to do something you had to pay him.  I think he was the richest man in town, but nobody figured that out.

When the play was over, all of the actors came on stage.  I cheered them on, because I thought they did a really good job.  I would like to go back to see the holiday play, because I think it will be in American English.

Thanks for listening, and let me know what you think of the Twelfth Night.

Editor’s Note:  While the land of Illyria is a mythical place, it most closely resembles the Adriatic Coast.  Justin has been CORRECTED! 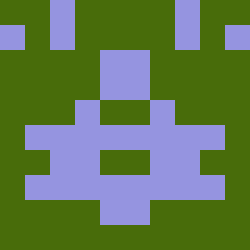