Twenty-five years ago, on November 9, 1989, the Berlin Wall came down. University of Baltimore MFA student Ellen Hartley recalls a night in 1966 when she and her student husband tried to cross to East Berlin. What stopped them might make you grateful.

Danny slammed on the brakes of our VW Bug. We stumbled out of the car. A pair of burly border guards ordered us to step aside and empty our pockets.

1966, Checkpoint Charlie. My husband and I were students, out for a night at the opera in East Berlin.

We were spending the year in West Berlin—an island in the midst of the ironically named German Democratic Republic (GDR, or East Germany). Despite die Mauer, the infamous “wall” isolating the city, we frequently made our way across the border to attend East Berlin’s superb operas and the renowned Brecht Theater.   It wasn’t openly acknowledged, but there was plenty of collaboration between the two Berlins; the “S-Bahn,” West Berlin’s elevated rail, was run by the Communists; Walter Felsenstein, the director of the eastern Komische Oper, was a West Berliner. So, armed with our American passports, we anticipated nothing out of the ordinary. A delightful evening, a comic operatic rarity, Paisiello’s Barber of Seville.

It was no comedy.

After college, student grants took us to West Berlin, where at the U.S. Government’s expense we lived like kings—if kings drove VW Bugs and lived in sixth-floor walk-ups without telephones. I studied flute on a Fulbright at the Hochschule fur Musik; Danny did neurophysiological research at the Freie Universitat.

West Berlin was an anomaly—30 or so square kilometers of “freedom” embedded in the middle of East Germany—truly sui generis. We were, quite literally, walled-in by the Soviets. To get there from anywhere in Western Europe you took a plane or got a visa days ahead and drove several hours on a pitted two-lane road through the bleakness of the GDR. It was a scary time—the beast of Communism dominated the Western news media. But West Berlin was an oasis—a separate world—a thriving democratic metropolis, where any surrounding danger seemed irrelevant to our lives.

Still, for some, the ghost of paranoia hovered. We shared our flat with Danny’s colleague Klaus, who had lived through the 1948-49 Berlin blockade and kept a 50-kilo sack of rice in his room “just in case.”

Dan’s lab work consisted largely of sticking electrodes into the skulls of unanaesthetized frogs, “happily” sedated on wet sponges. A leftover Nazi “experiment?”  But Naziism had been defeated and was now thoroughly discredited, almost with embarrassment. To my surprise, we encountered no traces of anti-Semitism—the shrouded war widows, curious to the point of prying, were thrilled that an American could actually speak their language; they cheered that Finkelshtein was a “genuine German name!” Our Finkelstein-Rubenstein-Rabinowitz Trio (flute, oboe, harpsichord), gave a well-attended concert at the Judische Gemeinde (JCC) – Berlin’s modern palace of Jewish culture.

West Berlin had plenty of music, a splendid opera house, the Berlin Philharmonic (we had to camp out all night to get tickets when Von Karajan conducted the orchestra), and chamber music from all over the globe—including the Communist Bloc. East Germans alone were forbidden to enter the West. So there was no musical necessity to cross the border – except for the novelty — unusual programs and unbelievably cheap tickets.

When we heard that the Paisiello opera was opening at the East German Komische Oper, we couldn’t pass up the opportunity – we’d scarcely even heard of Paisiello, and were amazed to learn that his Barber of Seville was so popular in its time that Rossini was reluctant to write one of his own!

Which brought us that night to Checkpoint Charlie, the main auto crossing into the East Zone.

It was eerily spooky after dark. East Berlin’s streetlights were turned off at dusk to conserve electricity. We stood trembling in the gray November chill of Checkpoint Charlie’s drab cement blocks. My head whirled dizzily with images of Claire Bloom and Richard Burton trying to scale the barbed wire “Wall” in The Spy Who Came in From the Cold.

We were not spies. We were nerdy American students whose passion for music outweighed our interest in politics. Often with friends, we’d been here several times without incident.

“Ihr Pass, bitte!” We handed over our precious American passports and waited. Stony silence. A young pockmarked guard with greasy blond strands over his forehead, thrust his hands into the glove box of the VW. Owner’s manual, registration, insurance, a rusty tire gauge and a half-dead flashlight—jammed between torn packets of erdnussmuss Krakeln (peanut-butter crackers) and a box of coarse European Kleenex. No drugs, no weapons.

Was a flashlight a weapon?

It was getting colder. And later. We’d never make the opera.

“The trunk!” they ordered. Danny popped it for them. A Valkyrie of a border guard, grim-faced, in a bulging khaki uniform, stomped over and peered inside. This Brunhilde had her own flashlight, huge and blindingly bright, which she used to scour every millimeter of the dusty interior. “Ach!” she growled, “verdamnte Amerikaner!” We stared at each other in confusion. The trunk held nothing more dangerous, valuable or appealing than a ragged pile of long-outdated New York Times, which we kept for traction when battling the snow drifts that covered the city all winter. She grabbed the apparently incendiary papers, hurled them to the ground and kicked them with filthy boots.

“Verboten!” She slammed the trunk shut.

Huh? Dirty and torn, the ancient papers were scarcely legible. They were essentially trash.

We hugged each other for warmth and comfort.

The Valkyrie pulled us apart.

“You”– glaring at my husband – “gehen Sie mit Kamerad Heinz!”

Whatever they were planning, I would have preferred Heinz , a wimpy-looking kid who took orders from the oversize female.

We didn’t get to choose. We were shoved into separate compartments – cramped, grimy, unheated — and ordered to undress. Kameradin Brunhilde (she didn’t bother introducing herself) was twice my size and had a very real-looking pistol strapped to her belt; I didn’t argue.

With cold calloused fingers she prodded my shivering body. Rudely explored bodily cavities. I was too numb to cry. A trail of mucus streamed from my nose. I longed for one of those rough tissues in our glove box.

Finally it was over. Brunhilde, glowering at the fruitless search, commanded me to dress. Danny was led out of the other compartment by the scowling Heinz, who, clearly, would receive no promotion tonight. They thrust our passports at us.

We could go. No explanation, no apology. Maybe they did this routinely? Every 37th car or so.

We slumped into our VW Bug and turned the heat on tropical strength.   Enough of Checkpoint Charlie. We turned around and drove back through mercifully well-lighted streets to our modest digs. All I wanted was a hot bath, a couple of valium, and 12 hours of sleep. Danny opted for a double Scotch.

Calmer after a night curled together under an eiderdown quilt, we tried to put the surreal experience in perspective. No one we knew had experienced anything like this; on several trips to the East we’d encountered nothing worse than frustrating delays at passport control. Last night was bewildering terror worthy of Kafka. Nonetheless, despite the unreasonable intrusion and the physical discomfort, we realized we hadn’t actually feared for our lives or our freedom.

In the light of day, the whole incident morphed into a bizarre annoyance, a disturbing byproduct of the geopolitical madness around us. Perhaps we were naive, sheltered within the blinders of innocent, protected Americans. The truth was we took our safety pretty much for granted.

In the end, art won out over our residual anxiety. Four days later we returned. The Paisiello opera was glorious. Even better than Rossini.

Ellen Hartley is a nonfiction writer, currently enrolled in the MFA program at UB. When her career as a professional flutist failed to pay the rent, she became a lawyer and served as Assistant State’s Attorney for Baltimore City. She has also taught at Towson University and written music reviews for local papers. 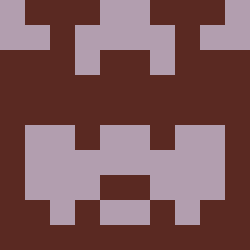