In the wake of the Boston bombing, we’re ruminating on endings a little more than before. In the news. In small talk. Maybe there are more Americans with insomnia. Maybe they’re using more hand sanitizer, checking the iron. On the whole, though, we are not a people who acknowledge mortality.

And yet, it haunts our consciousnesses. Some speak the word death only in whispered tones, as if it’s a wild animal that might wander off if they are quiet enough. Many seek to make their marks, to be remembered, through raising children, achieving a certain status, doing good, falling in love, getting rich, and so on. Our pursuits are fueled by our awareness of limited time. The word deadline isn’t exactly a metaphor.

Those of us who create – do we hear the clock especially loudly? Is that why we seek to shape meaning? Maybe we aim to help our readers and ourselves find some way to come to terms with the brevity of existence by extolling its beauty. Hey, we writers say, it’s true that tornadoes and cancer are terrible, but we also have cherry blossoms and each other and whitewater rafting and Labradoodles.

It takes a keen observer to capture such joys exactly right. Joy is an easy thing to overstate, as they do in Hollywood movies or novels with titles like The Viscount Who Loved Me and The Knights of Summer. And while people can appreciate the overstatement, they do so – on one level or another – with the knowledge that the depiction is fantasy, not truth. Happy endings suggest that beauty and joy, by their natures fleeting, can be fixed in place, experienced in perpetuity. We call it “escapism.” What are we escaping if not the stresses of life, all of which exist because time is always running out?

In my fiction classes, I explain to the students that a story is a timeline. Every human being has one – we’re born, we live, and we die. A story typically shows us a small piece of a character’s timeline, not his or her entire life. As writers, it’s important for us to understand the character’s whole timeline, though, and not just the parts that will be “the present action” in the story. It’s also useful for us to comprehend the timelines of characters’ significant relationships. “All relationships end in one of two ways,” I explain. “Breakup or death.”

The students always respond with an audible gasp. This has never occurred to them.

“Well,” I say, “can anyone name a third possibility?”

They can’t. I wish they could. They wish they could. There is a stale silence from the buzzkill sandwich I’ve just fed them. It tends to stick in the craw. Maybe it won’t come as a surprise that no one in my classes has ever stood on a desk and shouted, “O Captain, my Captain!”

Writers seek to capture in detail the ways that people cope (or don’t) with mortality. It can be a gauzy curtain or a wall. Aside from bombers and gunmen – people so rare that they garner international attention — humans tend to protect and nourish one another’s timelines. Parents sacrifice segments of their own timelines for the sake of their children’s timelines – forgoing experiences and goods that may never come again. Adults sacrifice a segment of timeline for aging parents, spending months or years caring for someone whose time is waning. Many enter career fields, such as medicine or education, that foster better and longer timelines for other people. Sometimes, people even imperil their own timelines for the sakes of strangers who are in trouble, as we saw in Boston. People didn’t know if there would be more bombs, but they stayed to help anyway.

Another capacity people have, at least in bursts, is to celebrate the now instead of thinking about difficult moments that lurk in the high grasses of the future. When we write, not only do we have the chance to experience this phenomenon vicariously through our characters, who might be gardeners or chefs or Olympic medalists, but we’re actually doing it – losing ourselves, our burdened self-awareness of mortality, through the writing itself. We can, for those few hours, those lucky hours when it’s working, escape from the relentless march toward our own best-case-scenario-death-in-the-sleep-at-95, and we can be these other people, be these ideas, be these images, these smells, these words. And if we can be these other people and things, doesn’t it make us believe that we can transcend our own timelines?

Such moments are rare and hard-won, like the fragment of meteorite at the end of a long search in a large field. Running a marathon can be like that, too – a few hours free of the future or the past. People even gather to cheer one another on, to celebrate the now, to declare that we are here. We might not be here forever, but we’re here now and we’re making the most of it.

That’s why the undaunted perseverance of the London marathoners, who ran the following week, was the best possible tribute. After all, suffering might be guaranteed, but joy is not. Joy must be nurtured, must be chosen. Again and again.

So let’s not spend our time ticking off errands or “making it” to the weekend or watching the 24-hour news, looking for the umpteenth time at that pool of blood on the sidewalk, that shoe, that baby bottle. It does seem unfair that there is still beauty. And yet, what is there to do but have the strength to see it? What is there to do but write? 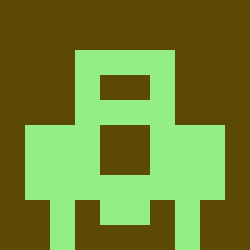