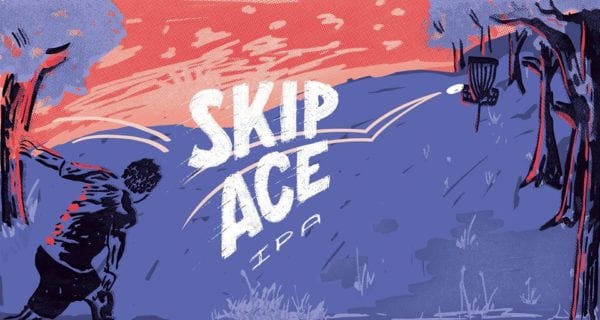 Frisbee golf, frolf or, most technically, disc golf, has its own scene in Baltimore, with spacious courses in Druid Hill Park, Roland Park, Lake Montebello and Goucher College, among other spots. Now that scene has its very own beer, thanks to Peabody Heights Brewery.

Beyond the new beer on tap, there will “putting”–just like what you’d do on the green with a ball and club, but with your hands, a Frisbee and a basket.

Those who can’t make it (or want some more afterward) can find the Skip Ace IPA in cans at the Wine Source in Hampden, Whitey’s Liquors, Eddie’s on both St. Paul and N. Charles or Bo Brooks’ Lighthouse Liquors in Canton.