As writer Martha Frankel narrated family photos for her partially blind mother, she saw more through her mom’s eyes.

In every family photo taken of me before I’m 15, someone is holding my arms behind my back, as if I might bolt, as if I might float off into the ether if they weren’t tethering me to the earth. Usually it was my mother, but in a few of the photos it was my sister Helene, and in one, my father.

But it is. I have the photos spread out in front of me on my sister’s deck.  My mother is staring into space, wearing dark sunglasses and smoking a Kent. Her gray hair stands out in thin little wisps from her head. Her bottom lip has a slight tremor. She looks a little demented, like a twin of herself, but from Bizarro-land. Sylvia, yet not quite Sylvia.

We’re sorting through my mother’s things now because she’s going blind, and Helene and I want her to tell us all the things we don’t know, talk about all the people we don’t recognize, before it’s too late.

“Look,” I say to Helene. “Why was everyone always holding me back?”

Helene sighs. I am such a drama-queen compared to her. But then she looks at six or seven of the photos and starts to laugh.

“Wow. It’s funny. I never noticed it before.”

“Let me see,” my mother demands.

She holds each photo up to her face, Stevie-Wonder-like, circling them in front of her eyes, but it’s clear she can’t make out the details.

I take them back. “Okay,” I say, “this one is at the bungalow colony.  You’ve got me in some kind of wrestling lock so I can’t move.”

“What’s everyone wearing?” my mother asks.

Helene leans over my shoulder.

“I’m wearing madras shorts and a cardigan,” she says. “I’m maybe 13 or 14. Martha’s wearing those striped pedal-pushers that we could never get off her, and a sleeveless blouse. You have…”

“Oh,” my mother says dismissively. “Grandma took that photo. I have a babushka on my head, right? We were headed over to Monticello, to the racetrack. I can’t imagine why I would have been holding Martha’s arms.”

I exchange a look with Helene; that photo is almost 40 years old. My mother remembers where we were going? If we prompt her, she’ll tell us what we ate that morning.

Everything. She’s an elephant that way.

I hand my sister another photo. “Okay,” she says, “this was taken in front of Patricia Murphy’s. You and I are holding Martha’s wrists!” We’re all quiet for a minute, remembering flaky popovers and salty, rare roast lamb; Patricia Murphy’s was a warehouse-sized restaurant that we went to when we wanted to celebrate something special. This particular photo was taken the day I graduated from junior high. I recognize the blue and white dress I’m wearing, the one my mother and Aunt Tillie picked out at Macy’s, the one they said made me look so sophisticated. Whatever that meant.

My mother’s answer is a little click in the back of her throat.

I hold up another photo. In this one, it’s clear that our father was very sick, that cancer was ravaging his body. My sister and I gasp.

“What?” my mother asks, because she may be blind, but her antennae are 20/20. “Daddy’s sick in this one,” I say, suddenly listless.

“Where were we?” my mother asks.

I turn away from the photo. I don’t like this game anymore.

I was 15 on that trip. I made out with a boy named Alan every day, meeting him out by the pool, at the dances that were held every night, after breakfast and lunch, in the staircase, wherever. My lips were chapped and flaking for weeks afterwards. He was all I could think about, that pimply, nerdy boy. I could recall the pattern of each garish shirt he wore, every single word he spoke to me between kisses.

My father’s sickness hadn’t even registered then. What kind of person am I?

Just then my mother starts to laugh, a contagious, happy laugh that pulls Helene and me in, despite ourselves. That laugh grows in us, overtaking the sadness, forcing tears from our eyes, but in a good way.

“Remember?” my mother says, “remember how funny daddy was?  Remember he went to one of your dances, the one just for kids, and he did the twist and the pony, and he was such a good dancer that you weren’t sure whether to be proud or embarrassed? Remember how he taught you to drive when you were 10, or how he would listen to you as if what you said was the most profound thing he had ever heard? Remember?”

“Remember?” she says again. That word, remember, makes us forget what it was we wanted to know. I put the photos back in the box and close the lid.

Martha Frankel is the author of the memoir, Hats & Eyeglasses, and the executive director of the Woodstock Writers Festival — she originally read this piece on WAMC, the Albany NPR station. 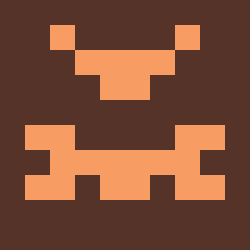