University of Baltimore MFA student Michael B. Tager remembers his father’s recommended reading, and vice versa — and invites us to read between the (loving) lines.

Berenstain Bears Go Out For the Team, 1983

I am in his lap, his stubbly cheek against the top of my head, his deep voice patiently reading the childish prose. The Berenstain Bears are all I want him to read, though I have dozens of other children’s books.

Brother and Sister play pee-wee baseball. I relate, though our umpires and coaches don’t wear menacing sunglasses. Brother and Sister also play catch with Father. My father isn’t very good at catch but he plays with me, saying, “Relax,” and “Straighten your elbow.”

In the second grade, my reading teacher gives us C.S. Lewis. My father is dubious when he sees it on the dining room table.

“He’s seven years old, for Christ’s sake, Susan,” he says to my mother while getting ready for bed. My bedroom is next to the bathroom and I’m still awake, reading, and I hear every word. “He can’t possibly read it.”

Suddenly, he’s inside my room, frowning.

“What are you doing awake?” he asks. His is freshly shaved, despite the hour. He wears a white t-shirt and white underwear.

“I’m reading,” I yelp, flushed and hot because I know he’ll be mad.

He takes the book from my hands and sees I’m 30 pages in. He smiles, frowns, then shakes his head and says, “It’s late. Finish the book tomorrow,” and shuts off the light.

“Come here, Number-Two Son,” he calls. I head into his dark bedroom and kick at the white carpet with bare feet.

My dad’s in bed, laid up from knee surgery, a stack of books beside him. “Take this,” he says. The room smells like piss and unwashed man. I don’t like seeing him weak. I take the book without looking.

“You should read this,” I tell my father. “It’s really good. It’s got all the science fiction you like and all this other stuff, too.”

He looks up. He’s been sleeping in front of the television. We have a new television, a big one, and he’s watching “Star Trek” reruns. “I’ll get to it.” He hasn’t been reading much recently, has been saying he’s tired.

I hide my disappointment. A few weeks later he knocks on my door.

“You can have the book back,” he says. The cover is torn and the spine is broken. I realize, this is why all our books are messed up.

He sighs and scratches his scalp. His dark afro has gone gray and receded in the front. “I don’t read so much anymore, you know, but it’s like a bad copy of Tolkien. Have you read The Lord of the Rings?”

When I shake my head, he lifts his eyebrow but says nothing.

I find The Chosen when wandering the stacks of my college library. My dad’s mentioned it to me dozens of times, often in reference to what it meant to be a Jew when he grew up. I take it home with me, to the dingy, dirty attic I live in my sophomore year of college. I lay on my unwashed bed, fire up the blue-and-white glass pipe that lives on my nightstand and exhale, then start reading.

Late the next morning, after my morning toke, I call him. “I read The Chosen.”

“I feel like a Zionist, so that means something, right?”

He laughs. “Now you know how I feel about Israel.”

“Maybe you can reread it and we can talk about it?” I ask.

“No,” he says. “There’s enough books that I’m not reading. I don’t need another.”

Harry Potter and the Sorcerer’s Stone, 2000

“C’mon, Dad, read it.” My copy, brand new, is a Christmas gift from my mother. “I’ve read all three. They’re great and you should read them before the fourth one comes out.”

He mumbles, “I’m not reading a fucking children’s book.” He looks tired, deep lines newly appeared in his broad forehead.

“Come on, Pops. I haven’t asked you to read something in years.”

Frustrated, I drop the book. “Look, maybe read 20 pages? If you don’t like it, we’ll never speak of it again.”

Harry Potter and the Chamber of Secrets, 2001

He mumbles something indecipherable. His hands – small like mine – fidget, fingers attacking each other, palms smacking. I can’t remember the last time I’ve seen him this uncomfortable.

“Um.” He pauses and stands still. I’m getting nervous. “That book.”

I have no idea what he’s talking about. I haven’t seen my parents in two weeks; I don’t live there anymore. I come by for dinner, to help with chores, to do laundry. I’m in college.

He leaves the room in a huff and I start to go, patting my corduroy jacket to make sure my cigarettes are there, my keys, my wallet. I stand from the wooden table, kiss my mother on the cheek and head to the door.

“Wait.” My dad comes back; he has The Sorcerer’s Stone in his hand. He thrusts it at me, won’t look at me in the eye. “Shit. Look, can I borrow the next book?”

My father doesn’t answer directly. “So, can I get the book?”

My father grabs me when I’m done mowing the lawn. He’s watched me, or kind of watched me, from the porch while I’ve worked. He yelled once, “You’ve missed a spot.”

He pauses and reaches behind him. It takes him a long second. His face is deeply lined, his stomach large, his hair thin. When has my father gotten so old?

He grabs a book from somewhere, the cover torn to shreds, the spine utterly shattered. “I’m finished.” He gives the book to me.

I hold the fucked-up book that’s barely a book anymore, turning it over in my hands. I gave it to him two years ago. I told him then, “It’s a murder mystery set in an alternate-reality Earth where, instead of Israel, the Jews settled in Alaska after World War II. It’s weird and super Jew-y. You’ll like it.”

Now, I say, “You actually read it? I thought you didn’t read anymore.”

“Have you read this?” He hands me a large textbook by the writers of “The Daily Show.” I found it in the bargain bin of Barnes and Nobles and laughed at the foreword “by” Thomas Jefferson. It was an impulse Christmas gift to my father. He used to like such things; he’s the one who told me about the short film Godzilla versus Bambi, after all.

“Oh,” he continues, “I thought you might have left it here. I guess not. I found it in the house. No idea where it came from.”

“That’s cool. So you liked it?” I make no attempt to hide my smile.

“It’s wonderful. I was wondering if you could find the sequel.” He’s smiling fit to burst; I haven’t seen him this excited about a book in a long time.

“Yeah, I think I can make that happen.”

“Thanks,” he says. “Where do you think it came from, anyway?”

“What’s up, Number-two Son?” He’s watching something with gunshots and screams on the television.

“You know how I haven’t asked you to do anything for the wedding yet?”

“Well, I wondered if you would read something during the ceremony. A passage.”

He pauses and coughs. Then he turns down the volume. “Yeah? What passage?”

I read him a line, “With fire and steel did the gods forge the man’s heart…”

I laugh. “Not important; you’re the Trekkie. Would you read it?”

I wonder if maybe his eye doesn’t twitch. “Of course, Number-Two son.”

Michael B. Tager’s work has appeared in Theaker’s Quarterly, Atticus Review, Typehouse Literary Magazine, The Light Ekphrastic and more. He has work forthcoming from Ambit, Timber, and Bards and Sages Quarterly. He is the Managing Editor of Writers and Words, a monthly Baltimore reading series. He likes Buffy and the Orioles. 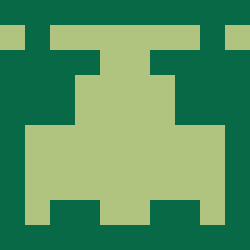 Latest posts by Michael B. Tager (see all)