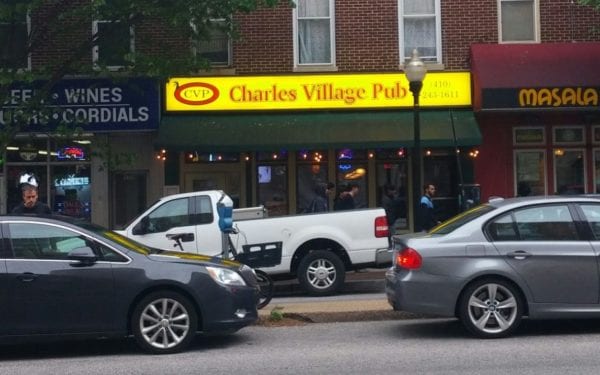 It’s been a long summer without the Charles Village Pub, but the neighborhood institution is finally set to reopen this week after bouncing back from a grease fire.

Baltimore City Fire Department spokeswoman Blair Skinner said in an email, “An inspection was conducted yesterday afternoon and Charles Village Pub has been cleared to re-open.”

The May 1 fire, which broke out just before 10 a.m., shuttered CVP for most of the summer. Tom Ward, manager of neighboring Eddie’s Liquors, said he saw “a ton of smoke coming out of the place” that day, with the fire spreading “all the way up to the ceiling.”

Skinner had said “the fire was contained to the kitchen with some extension to the ceiling.” Firefighters arrived that morning to find it already extinguished and smoke pouring out of the building.

The resulting rebuild has been months in the making. In an interview with The Sun earlier this month, owner Tony Weir said they replaced the business’ fire safety system, hood range and flooring.

Patrons have patiently awaited the return of the beloved neighborhood spot, which opened in 1985 and has long been a Baltimore favorite for its cheap drinks, down-home vibe and solid bar food and service. Ownership fastidiously responded to locals’ questions and well-wishes on Facebook, and assured in a sign posted to its glass front door that the bar would reopen in mid-August. (One suffering customer responded on behalf of the neighborhood with a second sign reading: “Please hurry. My soul is dying. Love, Charles Village.”)

A GoFundMe campaign raised nearly $6,200 to help support staff and their families while they’ve been out of work there.

The bar’s Monday Facebook post indicated they’re excited to see their regulars back. “Please join us this weekend for some loooong overdue quality time. C’mon guys, we missed you too!”