Oscar-contender “Whiplash” — about a talented college drumming student under the tutelage of a maniacal master teacher– has made a well-deserved splash with both critics and viewers. The film’s pyrotechnic student-teacher duel plays like a hot-jazz cutting contest and you’d be the odd exception if you came away from the movie without great admiration for the acting: J. K. Simmons is a marvel. That said, the aptly-named “Whiplash” left me shaken because, as a long-time teacher of the arts, I found so much of its message wrong-headed, if not downright wrong.

1) The Tortured Artist Is the Greatest Artist

A Hollywood favorite, this trope roots itself in our fascination with obsessive souls who flirt with self-abuse, insanity and suicide. Think of earless Van Gogh. Or Hemingway hunting with the shotgun he will later turn on himself. The hero of “Whiplash” — mild-mannered Andrew — is depicted as admirably obsessive because his heart is in the right place: he wants to be a great drummer. He wants to be so great that he’ll practice until his hands bleed.

As a former professional musician who, at one time, practiced as much as 6-8 hours a day, I can assure you that bloody hands are a near impossibility. Blisters, yes — if you have no technique and are holding the sticks the wrong way. If you’re really a brute, you might pop some blisters. But bloodied hands? Never. Drumsticks are not knives. But this is Hollywood, right? We submit ourselves to a silly fantasy sometimes for the sake of a good story. We especially like stories of self-sacrifice in the name of such lofty goals as becoming The Great Artist.

So we’re meant to applaud our go-for-broke hero in “Whiplash” as he offloads his girlfriend, shuns his family, and ignores his loving father because the tortured artist trope has taught us that the goal of greatness demands great sacrifice, even at the risk of self-destruction. What the movie should have acknowledged, however, is the fact that the tortured artist is often a failure not only at his art but also as an individual. For every brilliantly tortured Jackson Pollock, there are a thousand wannabe artists who succeed at nothing more than crashing headlong through their families and careers like a runaway dump truck exploding through the plate glass window of a department store.

At the end of “Whiplash,” Andrew appears to be a very good drummer but not much else: he is wholly alone, without a girlfriend or any other friend, left with only his stalwart father for support. It’s not even clear that he’s going to return to school. Alas, the American myth of artistic greatness denies this character a steady head, a full heart and, dare we hope, a stable life.

2) The Genius Gets a Pass

Andrew’s teacher, Terrence Fletcher, is supposed to be some kind of jazz genius. Given to fits of violence and bouts of venomous cursing, he is certainly a genius at terrorizing his students. Like the most interesting villains, he seems a sociopath but he confounds us with his moments of empathy and passion. Although most viewers will rightly be appalled by his physical and verbal abuse of his students, we’re meant nonetheless to accept him ultimately, even admire him, because this man has the burning, inexorable purity of a Crusader: he wants nothing less than greatness from his students. Why should he compromise on such a mission? In fact, even when — to my great relief — he loses his teaching job, he does not apologize. In fact, he is evil until the end. And here’s the kicker: Andrew remains drawn to him because, like a holy Crusader, Fletcher wields the shining saber of excellence. It seems this is all that matters.

3) Effective Teaching Is a Gladiatorial Sport

Fletcher’s pedagogy is nothing short of sadistic. But it’s meant to be attractive in a perverse way, as if all of us wanted desperately to please the demon father who can never be pleased. His nearly maniacal, no-pain-no-gain ethos is a familiar engine that has powered so many Hollywood movies, from “Mutiny on the Bounty” to “Raging Bull,” and it informs the teaching method known best to anybody who has served in the military, where conscripts must be broken before they can be remade into “real men” (women, too, are made into “men” in this way). Problem is, students aren’t soldiers. And sadistic treatment of those you would teach actually teaches them the wrong thing: cruelty and disrespect.

Andrew’s fellow students in Fletcher’s class have learned this lesson well, for they show no loyalty to classmates, in fact are nasty to each other, and act, generally, like jackals looking for their next victim on the veldt.

This kind of teaching has a certain, seductive appeal nowadays, as we hear the Tiger Mother’s call to arms in the face of the growing mediocrity of overly coddled children, all of whom win a badge or a ribbon just for showing up: “Oh, grand, you’re here–that means you’re special! Here’s a prize just for you!” Our kids are fat and lazy and need toughening up, right? As Fletcher says to Andrew: “There are no two words in the English language more harmful than ‘good job’.”

True, abusive treatment works for the few learners who will redouble their efforts to avoid humiliation. But for most learners, abuse results only in distraction, as resentment and hatred of the teacher become the primary focus of each lesson. My fourth grade music teacher was such a man. Every class period, he made clear his disdain for us children and, in return for our obvious resentment, Mr. Harvey gave each of us an “F”. I understand now that somebody somewhere must have treated him very badly. Clearly, he wanted us to feel his pain. But even now I have little sympathy, much less forgiveness, for Mr. Harvey’s abuse of power and his blatant distaste for teaching.  In short: like Fletcher, he should not have been in the classroom.

4) Mentoring is Like Playing Out “The Art of War”

The most disturbing element of “Whiplash” is that Andrew himself becomes a Mini-Me Fletcher. From the start, Fletcher — who seems obsessed with Andrew — goes to great lengths to orchestrate events so that he gets every opportunity to manipulate and humiliate this talented young drummer. Mind you, this is a teacher who has driven another student to a recent suicide and, very likely, many others to the couches of counselors and psychiatrists. Because of Fletcher’s supposed greatness, however, he is allowed to keep doing the damage he does so well.

As a result, we have real reason to worry for Andrew. It seems Fletcher is going to crush him. And then, just when it looks like Andrew has gotten away and maybe now has a chance at a healthy, reasonably happy life, Fletcher reels him in again. Because we know it’s extremely difficult for the abused to liberate himself from the abuser, Andrew’s return to Fletcher is perhaps the most realistic element of “Whiplash.” But, then, it goes Hollywood in the worst way.

In the final scene, Fletcher blindsides Andrew and humiliates him once more, this time in a nightmarishly public performance that promises to ruin Andrew’s career before it ever truly gets started. For a moment, Andrew has the chance to walk away with his loving, ever-supportive father. But, instead, Andrew returns to Fletcher again and this time attempts to win Fletcher’s respect (and heart?) once and for all with his musical prowess. And get this: it works! Andrew and Fletcher, eye to eye, are now working together onstage as equals, Fletcher bestowing an approving smile upon his acolyte — and Andrew, smiling in return, is triumphant at last.

So, at the end of “Whiplash,” I’m wondering, “Gee, Andrew has made the cut?” At first glance, it doesn’t look like a Hollywood ending because it’s so friggin’ dark. On second glance, though, it seems the quintessential Hollywood ending because the writer/director gets it both ways: Andrew triumphs as a musician and gets his maniacal mentor’s approval too. Never mind that it’s like Sherlock Holmes walking hand-in-hand into the sunset with Dr. Moriarty. Or Van Helsing becoming the Bride of Dracula.

“Whiplash’s” talented writer/director rightly sees a story in the student/teacher contest. Most of us have lived some drama in a situation that compelled us to pit our wits and resilience against those of a demanding mentor. But these contests are never meant to be adversarial, much less abusive. And the last thing we need to learn from a mentor is that we must crush our opponent. Fletcher is fond of saying, repeatedly, that Bird became a great sax player because legendary drummer Jo Jo Jones threw a cymbal at his head at a jam session: Bird wasn’t cutting it, Fletcher reminds his students–and so the young saxman ran out in terror, determined more than ever to make himself a great player.

The truth is, Jones threw a cymbal at Bird’s feet, not his head. Bird was embarrassed, sure, but not almost decapitated, as Fletcher would have his students believe. In other words, Fletcher is full of shit. Anybody who knows Charlie Parker’s history understands that Parker would have become great no matter what. And had Jones thrown a cymbal at Parker’s head, Parker might have returned to the bandstand to shoot the drummer. Yeah, that’s the road to greatness.

Maybe I wouldn’t take all of this so seriously if “Whiplash” didn’t take itself so seriously. Problem is, when a big-release movie sends a message, it can make an impact. Granted, too often the message is silly and forgettable, which is a lot of what we expect from Hollywood. “Whiplash” is about topics that are far from dismissible: art and teaching and mentoring, trust and nurture and aspiration. Most of us care enough about these things to hope that, when we talk of how young people might reach for greatness, we can talk also about how they might get there without losing their heads.

Ron Tanner is a professor of writing and media at Loyola University-Maryland. He plays drums for Jazz Caravan, in Baltimore. His novel, Missile Paradise, will be published in 2016. 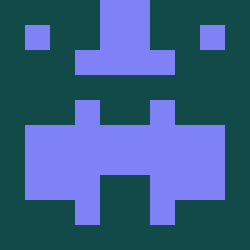