courtesy Greenmount Avenue— Antero Pietila worked his way across the Atlantic on a freighter from Finland in 1964. He joined The Baltimore Sun in 1969. He is the author of the Baltimore City Paper’s 2010 Best Book about Baltimore Not in My Neighborhood: The Story of How Bigotry Shaped a Great American City.

Greenmount Avenue: The area that comprises Station North was once an industrial area due to easy access to the Baltimore Belt Line. The building that is now known as the Copy Cat (1501 Guilford) was part of the Crown Cork and Seal Company, right? I know that the building that is now known as Area 405 (405 E. Oliver) manufactured air-dryers and foam rubber at different times in its history. Did these manufacturers have any role in the construction of the homes in Barclay below North Ave? Were these homes available for African-Americans and/or Jewish-Americans?

Antero Pietila: This whole area has to be viewed in context of the famous Tenth Ward. That was the heart of Baltimore’s legendary Irish machine politics and centered around St. John the Evangelist Catholic Church at Valley and Eager streets, near the prison complex. Another hub of this Irish ward was St. Ann’s Catholic Church at Greenmount and 22nd street, the home church of Cardinal Lawrence Shehan. This area did not welcome either blacks or Jews but I am not sure that any formal covenants existed that barred them. Greenmount Avenue was a different story, full of Jewish-owned businesses. Also on that stretch was, for some 15 years before, during and after World War II, “Schaefer’s Gentile Furniture Company.” It was so named because it did not deal with Jews.

GA: The city government has a history of dealing with “problem” neighborhoods through eminent domain and public works projects, such as the demolition of the southern part of Bolton Hill to construct the state government complex or the “highway to nowhere” on the Westside. Currently, the city is partnering with Johns Hopkins to transform the area surrounding the medical school on Broadway. This includes relocating homeowners. How does the creation of the Station North Arts & Entertainment district fit into this history? Do you see it as related to similar projects in the past?

AP: The leadership role of first MICA and now Johns Hopkins breaks new ground and is among reasons why Station North is headed for a quick turnaround in a city where neighborhood revitalization, at best, is an iffy proposition. MICA, of course, has a satellite classroom and studio building on North Avenue, a former clothing manufacturer where I once bought a cut-rate sports coat. Johns Hopkins, by contrast, had no prior connection. But we have to remember that the stretch of North Avenue around the market used to be some of the most desirable real estate in the city. Cadillac dealers were located there, as were radio and television stations. And the area’s night life was legendary. Everything from movie theaters to piano bars. A footnote: In the 1970s, an effort was made to return the area to that past glory. This was a black effort as whites were abandoning the area. The space at 1815 North Charles street that now accommodates Club Choices became a trendsetting night club called Gatsby’s. It was a three-level club patterned after Foxtrap in Washington, D.C. that catered to an interracial crowd of beautiful people. It was really something. Gatsby’s went out of business when the owner, a college- educated entrepreneur controlling several nightclubs, was busted for importing heroin from Pakistan.

Now, the residential part. In the 19th Century, Station North was an early suburb at a time when North Avenue formed the city’s northern boundary. Look at all the expensive residences and elite churches around what used to be Goucher College. Today, that area is coming back. But to truly assess the significance of Station North, we have to look south. If one can momentarily forget all the decay and destruction, it is easy to see how Station North ultimately may connect with the various revitalization efforts branching out of the Johns Hopkins East Baltimore medical campus.

GA: One of the narratives of New York City real estate history is that artistic communities act as “shock troops” for gentrification. Blighted areas are colonized by artists, who are then forced out along with the original residents as prices increase. Do you buy into this narrative? Do you see this narrative unfolding in Baltimore? Do you think that the city government is attempting to co-opt the “organic” artistic communities centered around the Copy Cat and the H&H building (405 W. Franklin) to enact sweeping changes in the surrounding neighborhoods? The former Lebow building (1500 Barclay) has been converted into a new high school. The city has helped build “affordable” artist housing that probably has better fire safety than the Copy Cat. What do you see as the positive aspects of this project?

AP: In many cities a link may be made between artists and gays being the avant-garde of revitalization. This is part of the Station North story as well, highlighted with the opening of the design school this autumn. The non-profit Jubilee Baltimore, under the Harvard design graduate Charlie Duff, has been in the forefront of massing the artistic support, as evidenced by the Jubilee-built artists’ housing on Greenmount. The artistic community is not easily co-optable, certainly not the edgiest fringe. No worries there.

GA: Was it the 1968 riots that brought the period of Cadillac dealerships and vibrancy to an end, or was it a more gradual and complex process? Is the rise of the automobile a major factor in this story? When did the market on North Avenue close, and why?

AP: North Avenue market opened in 1928. The glory years must have been during WWII and after, when Baltimore had recovered from the Great Depression. A six-alarm fire, started at a food stall, rang the death knell in 1968, a few months after the riots.

GA: How do tax credits from the state factor into the Jubilee Baltimore plans? There seem to beseveral restaurants that are going to open up, and I have heard rumors of condominium blocks. Do you think this development project will be similar to Harbor East, or is it a different style?

AP: I really don’t know how Jubilee does these things. No comparison with Harbor East. In the latter there is a single moneyman developer, Paterakis. North Avenue is cut-rate.

GA: Do you consider gentrification a loaded or inaccurate term in this specific context, or outside of the lexicon of the responsible historian or journalist in general?

AP: I think gentrification is a loaded term. This is just recycling.

GA: What’s “just recycling”? Are you referring to economic cycles?

AP: By recycling I mean that neighborhoods come and go. Harlem, in the beginning, was a Native American settlement; then Dutch, French and British, then well-to-do, American-born white. In the 1880s came the subway and overbuilding and fresh white immigrants off the boat. Then after blacks began moving in came white abandonment. Now Harlem is going back white again.
The point here is that when federal housing policies were formulated in the 1930s, decline was seen as irreversible. There was no hope for areas redlined, including Bolton Hill, Reservoir Hill, Eutaw Place, Mount Vernon, Federal Hill. We now know that in certain circumstances recycling and improvement are possible. 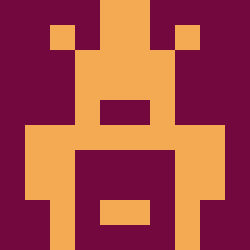