I’ve just invented a game that has the power to change your life. Best of all, it will not cost you three easy payments of just $19.99. But it will take an investment of faith and the approximately five minutes it takes to read this piece.

First, though, do you mind? Please untie that scarf of jaded realism from your neck—it clashes hideously with my tiara of optimism. And would you mind holding my handbag of hope for a minute?

Let’s take that minute, now, to acknowledge that in the months leading to the close of 2012, we’ve had to deal with an inordinate number of anxiety-inducing events with real consequences, from election results to hurricanes. We’ve experienced terrorist attacks. Teetering on the fiscal cliff.  Unfathomable elementary school shootings.

Moreover, we’ve had the technology to revisit, rehash, and relive the aftermath of tragedy time and again. Text messages, Facebook, Twitter—all underscoring our collective anxiety.

But before I offer you a taste of my free, no-obligation, anti-anxiety antidote, let’s briefly examine our nervous nation.

I have spent a lot of time around anxious people, including myself, and I have always believed that, on the plus side, we are never boring to be around. And it’s a good thing we are so fascinating, because according to the Anxiety and Depression Association of America, anxiety disorders are the most common mental illness in the United States—affecting 18 percent of the population.

Still, a recent study published in Frontiers in Evolutionary Neuroscience indicated a link between intelligence and anxiety: “The collective data suggest that both worry and intelligence are characterized by depletion of metabolic substrate in the subcortical white matter and that intelligence may have co-evolved with worry in humans.”

I worry about what that really means for the future, but for now, let’s just say that apparently, our capacity to worry seems to have evolved with our ability to think.

So it’s natural to worry. And yet, trapped on the treadmill of useless thought, your can run your brain until you collapse with exhaustion—or worse.

The key is to interrupt worry with a healthier alternative behavior when it interrupts your job, your relationships, and your ability to have fun.

A Purdue University study on chronic worry pointed to evidence that having higher levels of neuroticism can lead to earlier mortality, in part because “A person with high neuroticism is likely to experience anxiety or depression and may self-medicate with tobacco, alcohol or drugs as a coping mechanism.”

I don’t recommend self-medicating. I recommend my 100 percent tobacco-free, drug-free, and alcohol-free alternative game! This game has been extensively tested on two of my coworkers, Yram and Sirk, whose names have been spelled backward for privacy. Both agreed it was ridiculous and a total waste of time. It also made them laugh out loud.

Here’s how you play—you must first agree to the singular rule of the game: you must admit that worry accomplishes nothing. It does not remove a threat or help one cope effectively with an impending one. It simply ratchets up your heartbeat and your stress.

Got it? Good. Now, simply look around and identify some activity in your life that means very little to you. Recently, I noticed a squirrel jumping from my deck to the top of my birdfeeder, completely avoiding the metal squirrel shield I purchased and affixed midway up the post.

Next, create a real worry about that situation. I, for example, expressed to my coworkers that I was “extremely concerned that the squirrel would sustain a spinal injury leaping from my deck to the feeder.”

Finally, laugh about the inconsequential worry.  At the same time, acknowledge that your “real” worry—whatever it might be—is just as absurd, because you have no more control over that situation than, well, a squirrel on a birdfeeder. The more you play this game, the more absolutely clear this becomes.

You’ll want to play this game frequently, if you are a highly evolved person. My daughter texted me that she was worried that her seatmate on the Amtrak back to New York might run out of battery on her Kindle before she finished reading her chapter. Egads! I am currently worried about Beyonce’s vocal choices for the Super Bowl.

I urge you to play this game whenever you feeling overwrought and overwhelmed. It costs nothing, and brings joy.

But, Janet, you’re saying—what if this game becomes so popular that the American Psychological Association develops a self-help program around it and makes millions while you are left to toil away at your day job in Baltimore and write frivolous opinion pieces in the evenings?

Now you’ve got the hang of it!

Janet Fricke Gilbert is a freelance writer who works in Baltimore and lives in Woodstock — read more at her website. 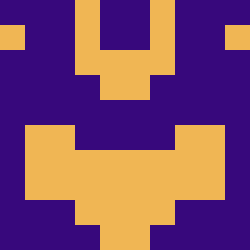