The following essay is drawn from a chapter in ‘The Holy Shroud: A Brilliant Hoax in the Time of the Black Death,’ the latest book by former Walters Art Museum director Gary Vikan. The book was published May 5, 2020 by Pegasus Books.

The COVID-19 virus is new, but some of our responses to it are downright medieval: from Jim Bakker’s $125 “Silver Solution” and Alex Jones’ sham anti-virus toothpaste, to Donald Trump’s Hydroxychloroquine tablets – to his shouting “hoax” and blaming minorities and foreigners.

The greatest pandemic in human history entered Europe from Crimea in October 1347. It rapidly spread northward from Sicily, arriving in Avignon, then home to the Pope, in January. There it lasted seven months, killing half the city’s population. Trenches were dug in churchyards, but the stench was unavoidable, and dogs dragged bodies away at night, further spreading the disease. Pope Clement VI, who survived by sitting between two blazing fires, consecrated the Rhone so that the dead could be tossed off the city’s famous bridge and float out to the Mediterranean.

The mortality rate of the Black Death, which was caused by the bacterium Yersinia pestis and spread by rat fleas, ranged from 30% to 90%. It was so contagious that some were convinced that it could be spread simply by looking at one other.

Explanations, beyond the popular belief that God’s wrath was at work on a sinful world, included the notion of corrupt air and, as its prime cause among the intellectual elite, the fact that on March 20, 1345, Saturn, Jupiter, and Mars had converged in Aquarius, thus releasing that invisible “miasma.” Christian mobs were eager to blame and attack Jews, who they claimed had poisoned their wells.

Giovanni Boccaccio’s The Decameron is a collection of tales exchanged over ten days among a group of Florentines who have taken refuge from the pandemic at a villa outside the city. He tells us that reactions to the plague among his countrymen were varied, but tended toward two extremes. There were the serious ones, who believe that a “sober and abstemious” lifestyle would considerably reduce the risk of infection. And then, Boccaccio says, there were those who did the opposite, believing that the way to ward off the plague was to “drink heavily, enjoy life to the full, go around singing and merrymaking, gratify all of one’s craving and shrug the whole thing off as one enormous joke.”

Those in-between Boccaccio’s two extremes might have chosen to follow the health regimen prescribed by the most famous doctor in Italy, Gentile da Foligno, in his Short Casebook of 1348. Under the heading of diet, he says that fish is to be avoided and lettuce is safe only when it has been left out and has turned black. As for meat, the doctor recommends gelded cows and lactating goats and calves, as well as young pork. It is good to drink pure vinegar. Further, he suggests having select wines on hand, so that “men may live in good cheer as they give vent to their fear.”

Da Foligno calls for powerful purgatives and phlebotomies. And while he offers no specifics about the letting of blood, other physicians say it should be done – to restore balance in the bodily humors – in the third quarter of the moon and continued until the patient feels faint. And after that, a theriac – a medicinal concoction including snakeskin – should be taken in the morning with pure wine. But for those who cannot afford a theriac, leeks, scallions, and holy water are reasonable substitutes.

Da Foligno recommends that fires be lit in the home year-round and that men should rest quietly. Other physicians are more explicit, noting that vigorous exercise draws in “foul and poisoned” air. And thus the call for abstention from intercourse, since “excess in these matters” is a great danger to the body. Some doctors specifically recommend burning aromatic wood, like rosemary, myrtle, and cypress, and say that it is a good idea to sprinkle the floor with rose water and vinegar.

Boccaccio laments that many have abandoned their city, their homes, and their relatives for the countryside, assuming that the “the city’s last hour had come,” and falsely hoping that they can thereby escape the wrath of God. He has more sympathy for those Florentines who have neither fled nor have incarcerated themselves in their homes, but rather move freely about the city. With a 14th-century version of an N-95 face mask? Well, not exactly, but they do take care to hold a posy of flowers that they apply at frequent intervals to their nostrils. 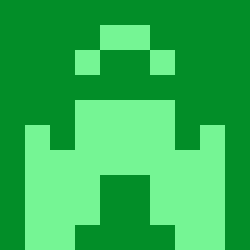