Marsha Goodman-Wood is raising three kids as she writes, records and performs quality kids’ music — in this personal essay, she explains how she gets inspired in the midst of her triply busy days, and gets creative things done.

Once when we still had just two kids, we were driving on I-95 through Baltimore, right past a factory with tall towers pushing puffy white smoke into the sky. My son, who was three at the time, asked, “Is that a cloud factory?” An innocent question, a funny idea — could easily become the beginning of a short story or perhaps a song. For me, a singer/songwriter, where creativity’s concerned, it’s a matter of letting my imagination run and turning those silly and innocent yet accidentally brilliant questions or comments into something more. It’s not always easy to write a song as a busy mom (now of three), but I juggle multiple tasks most of the day, and it’s much more fun to think about getting a lyric just right while I’m washing those same dishes (again) or folding that same laundry (again) than to dwell on the next job that needs doing.

My daughter was our first arrival. Before she was born, I had been singing a lot of jazz and blues, so those classic jazz songs were always in my head. I sang them as lullabies, or during diaper changes, along with the ABC’s and whatever kids songs came to mind. One day while spooning some veggies for my baby daughter, those influences of jazzy songs and kids songs came together. It was probably pureed carrots; perhaps I was thinking about what I would make for a grownup dinner too. So in the interest of keeping my daughter happy while I was working in the kitchen, I started vamping the melody for “Spinach & Carrots,” a baby-entertaining improv tune that, like most great blues songs, is based on vegetables. Now, nine years later, it’s one of the nine songs on my debut kindie record.

This kid-infused imagination is where most of my songs are born. The title track for my album, Gravity Vacation, came from another conversation in the car.  By then my son was five and again we were on the highway.

He was watching all the cars and asked, “How do you know the cars won’t float away?”

“Gravity!” we said, and proceeded to explain a bit about what gravity is.

Then he said, “But how do you know they’ll never ever float away?”

My husband said, “Well, there’s no vacation from gravity!”

That turn of phrase stuck in my mind; later the melody came to me and my husband’s line became the start of the song.

And when that same son was in preschool he inspired yet another one. His class was learning about penguins in science and France in social studies, all at the same time. He would come home and share the facts he’d learned, including details about French culture or a fact about the average height of emperor penguins. He was particularly excited about being almost the same height — as an emperor penguin, not a Frenchman. But with all those facts swirling around in his enthusiastic stories — voila! — ”The Penguin Song” was born. This was the first original kids’ song I performed in public, and is also colored by the fact that I was teaching preschool music classes at the time. Since kids just love to dance and participate when they’re hearing music, the penguin dance steps (described in the lyrics) felt like a natural way to channel and express that energy. I like to picture families turning into waddling, dancing penguins when they listen to this song at home. (photos and art by Miriam Cutelis)

By the time these two older kids were both young elementary school students, they knew well that you’re always supposed to wear a helmet when you ride your bike. However, when we would walk to and from school along Connecticut Avenue, we spotted grownups riding through traffic on this busy street without helmets all the time. Because kids notice everything, my son and daughter would point out the helmet-less grownups frequently. It became an ongoing conversation, and I wanted them to feel empowered and know that they were right in thinking everyone should be protecting their heads, even if these adults sometimes weren’t making good choices. Part of the reason I am so adamant about helmets goes back to my high school friend Glen, who as a 20-something guy traveled around on his bike regularly. He typically wore a helmet, but one day left it behind by mistake. That day he was in a fluke accident during which he suffered a serious head injury and never woke up. I feel that in a way, I’m honoring his memory with  ”Wear a Helmet.” Glen was a really fun guy, and the spirit of the song matches him.  And if by creating this song, I remind a few people to wear their helmets, I will feel like I’ve made a worthwhile contribution.

And on that note, I’d better go do the dishes waiting for me.

Marsha Goodman-Wood is a mother of three living in DC and writing quirky kids’ songs when she has the time. She plays a style of music knowns as “kindie” (for kids independent) music. There are more artists writing and performing in this genre than ever before. If you’re able to head toward DC on Saturday, June 16th, the CD release show for Gravity Vacation will be at Jammin Java in Vienna, VA, at 10:30 a.m. She would be delighted if you’d come and show her your penguin dance! 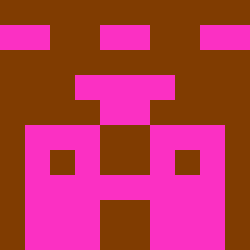