My difficulty with spelling was compounded by the fact that my elementary school teachers often mispronounced my name at the beginning of the year. The first time that Mrs. Fisher said my name, she said it the girl way, Michelle. That was in kindergarten and the idea that the letters in my name could be pronounced in different ways was shocking to my five-year-old self. It was a kind of confirmation that what I suspected about spelling was true.

What I didn’t expect was that the other boys in the class would actually think that I was a girl because of how the teacher said my name. Plus, it probably didn’t help that I was really skinny and had long curly hair. Apparently, all of this was confusing for everybody.

The other boys started taunting me at recess. There would be a group of them and one of me. They would chase me and I would run. I was pretty fast, but I usually got cornered near the monkey bars or the swings, and then I would have to fight them. I don’t know why Mrs. Fisher never stopped any of this. The only thing that saved me was that the other boys had some weird sense of fairness. I only had to fight them one at a time and only until Mrs. Fisher rang the bell to let us know that recess was over. The other thing that would stop the fight was if I hurt the other boy badly enough that he hit the playground three times with his hand, meaning that he was tapping out. The extent of the beating that I took never stopped the fight, but even then I had a lot of endurance.

This went on for weeks until the time I was fighting Brian Omura and I backed him toward the swing set with a wild series of roundhouse punches, none of which connected. Everybody was laughing at my inability to hit Brian Omura until I backed him in front of the swing that had Megan Boyle on it. One of the other boys yelled out, but I don’t think Brian Omura heard him with all the playground noise. When Megan Boyle kicked her feet to make the swing go higher, she kicked Brian Omura in the back and knocked him down hard on the playground. There wasn’t any blood, but he didn’t get up.

Mrs. Fisher sent one of the girls inside to get the school nurse and somebody must have called an ambulance. We could all hear the siren as the ambulance got closer to the school and that made it all seem worse than it was. The paramedics took Brian Omura away, but he came back to school the next day.

After that, nobody called me a girl. None of the other boys wanted to fight me after that either. Plus, I didn’t get in trouble.

I didn’t want to have to fight the other boys at recess again so I stood up, climbed up on my desk, and pulled my pants down. I did a full turn around the top of my desk with my pants around my ankles so that everybody could see.

Michael Kimball is the author of three novels, including Dear Everybody (which The Believer calls “a curatorial masterpiece”) and, most recently, Us (which was named to Oprah’s Reading List). His work has been on NPR’s All Things Considered and in Vice, as well as The Guardian, Bomb, and New York Tyrant, and has been translated into a dozen languages. He is also responsible for Michael Kimball Writes Your Life Story (on a postcard). His new novel, Big Ray, will be published by Bloomsbury in Fall 2012.

This story was originally published at BOMBLOG. 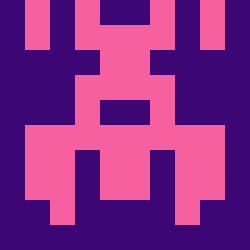