The season opens with Cameron Mackintosh’s new production of Andrew Lloyd Webber’s “The Phantom of the Opera.” The lineup also includes a disco diva, an Israeli-Egyptian connection, some fantastic felines, a couple of tear-jerkers and several other Andrew Lloyd Webber hits.

“Coming off a record-breaking season for the Hippodrome, we are confident this lineup will continue the tradition of delivering top-quality shows …,” Legler said in the announcement.

Oct. 9-20: “The Phantom of the Opera”—Cameron Mackintosh’s “bigger and better than ever before” new production. Songs include “Music of the Night,” “All I Ask of You” and “Masquerade” and, yes, the legendary chandelier makes an appearance. (Season option)

Nov. 13-Dec. 1: “Aladdin”—Disney’s hit Broadway musical from the producer of “The Lion King.”

Dec. 17-22: “Jesus Christ Superstar“—Another iconic musical phenomenon from Andrew Lloyd Webber, this new production celebrates its 50th Anniversary and pays tribute to the 1971 album. Songs include “I Don’t Know How to Love Him,” “Superstar” and more.

March 17-22: “The Band’s Visit“—A band of Egyptian musicians are taken in at an Israeli cafe in this show that celebrates how music can unite us. It’s the winner of 10 Tony Awards, including best musical.

April 14-19: “Summer: The Donna Summer Musical” — This musical is a tribute to the voice of a generation. It features more than 20 of Summer’s classic hits, including “Bad Girls” and “Hot Stuff.”

May 5-17: “Dear Evan Hansen“—Winner of six 2017 Tony Awards, including best musical, “Evan Hansen” is a contemporary musical about fitting in.

June 2-June 7: “Miss Saigon“—The new production of the legendary, heart-breaking musical makes its Maryland premiere with a cast of 42. Songs include “The Movie in My Mind,” “Last Night of the World” and “American Dream.”

Read more and check out a gallery of the upcoming productions over at Jmore. 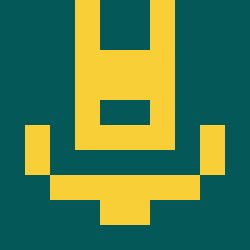