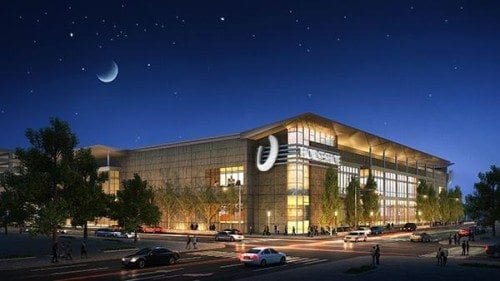 Since the opening of MGM National Harbor late last year, the money just hasn’t been flowing like it used to at Horseshoe Casino in South Baltimore.

Monthly revenue at Horseshoe declined for the eighth consecutive month compared to 2016, according to state data released yesterday. In October, the casino drew about $19.6 million, down 26.5 percent from October 2016. In September, it fell 22 percent; in August, 21 percent; and in July, 8 percent. Prior to that, revenues had already fallen for four straight months from a year earlier.

The story has been similar for Maryland Live! at Arundel Mills. The other Baltimore-area casino has seen annual revenue drops of 13 percent in October and September, 20 percent in August and 22.5 percent in July.

Meanwhile, MGM, the glitzy new attraction at the edge of Prince George’s County and D.C. on the Beltway, continues to bring in a hefty chunk of casino revenue for the state as it approaches its first birthday. It drew $52 million in revenue in October, or roughly two-fifths of the state’s casino revenues for the month. Due in part to MGM’s success, Maryland casino revenues jumped nearly 40 percent last month from the year before.

Of course, officials predicted MGM would siphon off some of the gambling business going to Horseshoe and Live! when it opened last December, marketed as the new “Vegas on the Potomac.” The $1.4 billion spectacle boasts a 3,000-seat entertainment venue, 308-room hotel with a two-floor spa, 10 restaurants and stores to boot.

But as a reminder, officials had much higher hopes for Horseshoe when it opened in 2014. Original estimates said it would be raking in $33-35 million a month. So far this year, the Baltimore casino peaked at $27 million in March, and hit a low of less than $20 million last month.

While MGM has its share of celebrity dining destinations, including a steakhouse branded with the Voltaggio brothers’ name and a seafood spot by José Andrés, Horseshoe isn’t allowing an ongoing revenue slide to stop it from competing. In the last four months, the casino has added a steakhouse by hot-tempered celebrity chef Gordon Ramsay and announced plans for a dining concept by Food Network star Giada De Laurentiis.