My paternal grandmother had a saying, perhaps a premonition, albeit not a very good one. Whether a family member speculated on the events of the future, say marriage, grandchildren, graduation, a trip to the grocery store, my grandmother would reply with the utmost confidence, “But I’ll be dead by then.” Belying odds and statistics, my grandmother spat out this prediction for at least 20 years before time came to make good on it. Perhaps it was more of a mantra, daring death to rob her of those milestones dear to her life. Or maybe she just thought the Michalskis were lazy and needed the impetus of her demise get things done.

At any rate, I don’t think I entertained the idea of getting old once through my 20s. Now that I’m almost 40, I find it creeping into my thoughts more than I’d like. In fact, it’s accelerated from once a decade to once a day. If fear of aging were a cancer, I guess it would be all over for me but the crying. It didn’t help that recently I helped my great aunt Bert clean out the apartment of her friend Jeanie, who was living at a city-subsidized Polish/Ukranian diocese-run apartment building for elderly tenants in Southeast Baltimore city. Jeanie had only been living at the apartment for a few weeks when, coming back from Broadway Market, she went to sit on a bench in front of the entrance, missed, and broke her hip. After hip-replacement surgery, during which time she suffered a mild heart attack, it was decided that Jeanie could not live alone and would be sent to a local nursing home upon her release from Johns Hopkins.

Because of her predicament, Jeanie gave Aunt Bert permission to sell some of her furniture to a neighborhood antique dealer. The sale of her bedroom set, cedar chest, kitchen set, and miscellaneous jewelry netted Jeanie $710, a king’s ransom considering her Social Security check was $600 a month and her rent a mere $100. Now all that remained was to clear her belongings out of the dressers and drawers, nooks and crannies, throw out trash, wait for the antique dealer to take the furniture away, and transport the garbage-bagged remains to the nursing home. How this task fell to Bert, who is not even a friend of Jeanie’s, I am not sure. Although Jeanie and Bert were neighbors before Jeanie’s move to the purportedly safer apartment building, I suspect this honor was something that Bert thrust upon herself. She belongs to the American Legion and countless other organizations created in an era of civic mindedness long past, and that, coupled with her ego’s fancy that she is indispensable in any situation, brought us here.

Jeanie and Bert’s tenuous friendship is not at issue, for when we entered her apartment, Jeanie could have been any member of our extended Polish family, if only for the utter familiarity of it all. The smell of mothballs pierced our nostrils like a careless nose clipper. And yet, after several hours of drawer cleaning, we did not find a single mothball. What we did find, however, were girdles, tens of them; hundreds of free-floating girdle snaps; stockings; Band-Aids; three elongated cylindrical tubes of mole cream (one used as a piggy bank); hairpins; swatches of fabric; combs; palm leaves, the ghosts of Ash Wednesdays past; a dividend check from 1954 for six cents, uncashed; inner soles, used and new; several packets of hearing-aid batteries; Ace bandages; various assortments of Tylenol and vitamin complexes and Vioxx; makeup, dried and caked up and smudging the insides of their clear plastic tubes, mostly tawdry pink lipstick and pasty concealer; and oodles and oodles of costume jewelry, much of it still in boxes from Hecht’s and Hoschild Kohn’s.  I had to remind myself that beneath all the kitsch there is a human being and that these were her things, and although they seemed voluminous and junky, they were all that she had.

And not much at that; the apartment could best be classified as a studio, something that someone more able-bodied like myself would pay $700-$800/month for, considering its prime location on Aliceanna and Ann, two blocks from Broadway Market and historic Fells Point, sandwiched between two blocks considered antique row, one block north of the harbor and a great sushi restaurant, and right across from the Fells Point branch of the Enoch Pratt library. I wondered to myself whether I could pull some sort of octogenarian Tootsie, passing myself off as an old Polish immigrant for the chance to live among seniors who spend their days sitting almost comatose in the lobby or partaking in gentle calisthenics from their wheelchairs in the adult daycare center. I could have sat in 610, Jeanie’s newly vacated flat, with its panoramic but decidedly ugly view of Southeast Baltimore, and finished writing another book, undisturbed by other worries, buying fish at Broadway Market, broiling it for dinner, spending my evenings at the aptly titled Bar, a dilapidated little drinking hole down that block that holds a quaint quality (as far as rotted wood and mildew can qualify) I don’t think it realizes.

Of course, missing from this imagined equation: the horror of aging. Is it a fear I could manage to suppress even while living in the belly of the beast? A fear fed by the death, that same month, of my paternal grandfather, maternal grandmother, cousin, and great aunt late last year? Perhaps it was the weeks of funeral parlors, churches, graveyards, and carbohydrate-rich buffet luncheons that made my own realization of mortality more acute. Perhaps this is why my great aunt Bert is constantly on the move, like the coke-addled cruise director Julie McCoy from “The Love Boat,” hiding from the reaper who has consumed so many of her brethren.

And so many of Jeanie’s as well. I can’t recall how many mourning cards I found among her things, cards spanning a period of 30 years, roughly 70 percent of my life. Will I eventually have cards of my friends, a collector’s set that doesn’t even begin to tell the story of our lives together?

Last responsibility, Bert had to inform the proprietor of the apartment building, a Catholic priest who also owns a nursing home in northern Fells Point, that Jeanie wouldn’t be returning to the apartments. Father Dinnick is a smallish, healthy man from whom an extraordinary lack of passion and friendliness emanates. He spoke careful English interspersed with Polish as he and my great aunt chatted about other residents taken ill — one particular favorite, Stan, a recent stroke victim who Bert had vilified in the lobby when she saw his name on the prayer list of the parish flyer.

“Pray for him, why should I pray for him! He looked perfectly healthy the last time I saw him,” she complained in strange jealousy. “I’ll pray for him and his whiskey that he’s always sucking on, that’s what he needs prayin’ for.”

The saga of Stan did not intrigue me as much as the letter partially exposed on Father Dinnick’s desk, printed in pencil by an unsure hand: DEAR FATHER DINNICK, WELL AS YOU KNOW I AM IN JAIL FOR ATTEMPTED FIRST DEGREE MURDER. I strained to read the next few lines, something about an argument, a sister, and bail money, but I couldn’t make out anymore. Father Dinnick did not strike me as someone with the demeanor capable of counseling a dead man walking. Hell, I wouldn’t even want him kissing my baby, the cold man with an ethnic nursing home/elderly apartments empire, a man who has his holy water fingers dipped in both the spiritual and capitalistic pots of death. In fact, it depressed me more as a lapsed Catholic that the man charged with my redemption and path to heaven seemed fitter to run the KGB than comfort me in my time of dying, when I will probably hedge my bets and clutch my rosary overtop my copy of No Exit.

So where does that leave me? From where do my comfort and hope of a swift, painless, meaningful death come? Certainly not from those at death’s door, like Jeanie, who thought she was protecting herself from the accidents of living alone by moving to a senior community (as if the apartment and surrounding neighborhoods are covered in bubble wrap and dispense aspirins and Metamucil from large Pez dispensers at the street corner). Certainly not from Bert, who fills her life with anxious activity the same way one who’s flying for the first time reads the in-flight magazines and snacks on peanuts. Certainly not from Father Dinnick, who would be as comfortable setting me up in one of his elderly holding pens until my time as he probably would passing me over to the Russian mafia if I missed my rent.

Maybe science will lead the way and, if not extending our lives indefinitely, at least another hundred years or so, giving me enough time to come to terms with this, this end thing. But, as my grandmother would say, I’ll be dead by then, so no worries, right?

Jen Michalski (jenmichalski.com) is the author of short story colleciton Close Encounters (2007) and the novella May-September (2010), which won a Press 53 open award. A collection of her novellas will be published by Dzanc in early 2013. 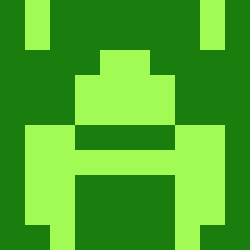