Earlier this spring, the Salvation Army opened its first-ever grocery store, DMG Foods, in Harwood, a new direction for their mission being tried out right here in Baltimore.

“Because the Salvation Army has always been involved in food delivery,” explains Maj. Gene Hogg, “it seemed like a natural progression to try to fit into a larger sustainability program on food insecurity within the food desert.”

Hogg, who is a Central Maryland area commander for the Salvation Army, along with his wife Rebecca, says he’s not aiming to make the most money or use the store as a “fundraising mechanism.” But it’s not a food aid program either.

For Hogg and the Salvation Army, DMG Foods is a platform for their efforts on workforce development, nutrition and food education. DMG stands for “Doing the Most Good,” the motto of the Christian service organization.

“We don’t anticipate making a profit,” Hogg says. “And if there’s any money left on the table, then that goes over to another program we offer in the Maryland area called Catherine’s Cottage,” a standalone program for women who have been rescued from human trafficking.

The hope is that people in a roughly quarter-mile radius of DMG will no longer have to take a long bus ride to reach a discount grocery store. The closest Aldi is about six miles away.

And the prices at DMG are lower than at conventional grocery stores. Read our price comparison of common items at DMG, Safeway, and Aldi here.

Another aim of the store is what Hogg calls the 360 effect.

“You come in the door, you see a meal solution,” he says, referring to the pre-made meal plans DMG is working on. An electronic kiosk already in place will supply pricing and nutritional information. With help from local chefs and culinary students, they hope to have samples of the meals available to try.

“You taste it, you get the menu… We select one of those menus and the chef will show you how to cook it and how to present it. And then maybe you’ll take that home and cook it in your house. Because one of the goals is to strengthen the family table. One of the strongest anchors of family is the dinner table.”

One area where DMG does dabble in direct food aid is through a partnership with the Maryland Food Bank. Under the agreement, customers who self-identify as recipients of SNAP or other food subsidy programs when they sign up for the store’s loyalty card get a different kind of card. It looks the same as the normal loyalty card, but when you scan it on the electronic kiosk, a window pops up with items from the food bank that the customer can take for free.

“I can get 10 pounds of chicken out once a month to those families,” Hogg says. “That’s five dinners.”

What’s on the shelves now is DMG’s “first best guess,” based on the market studies they did. But as shoppers start to come in and become regulars, the store is changing what it offers. It’s already added Goya products and tofu to the lineup, Hogg says, “and we think the next step will be bulk food items.” 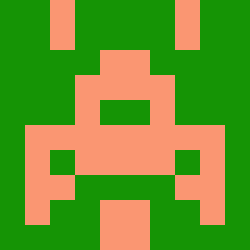 Latest posts by Craig Bettenhausen and Whitney Treseder (see all)