As UB grad student Kimberley Lynne illustrates in this short story excerpted from her MFA thesis, “The world of Hamilton is thick with surprise.”

“Don’t I know you?” the Key Maker asks me. He’s even shorter than I am and built like a fireplug. He needs a step stool to reach the key templates hanging over his work station. He has stubby fingers and a halo of fine hair.

I’m glad I’m unwashed and wearing baggy clothes; sometimes it’s easier not to look pretty. I don’t have the emotional fortitude for conversation; a sob lurks in the back of my throat, threatening to rise. People who need key copies hover in some transitional zone between lovers or roommates; the Key Maker should respect our code of silence.

“Hey, I think we might be neighbors,” he says. “One street away.” He compares my security door key to a series of metal templates.

This is all Carl’s fault. If he hadn’t dumped me last week and kept my keys, I wouldn’t be in this painfully bright store.

“Oh. Which way?” I ask, trying to divert the Key Maker from my house to his.

As the Key Maker lists our common overlaps, I remember him. Every year at the end of May, he covers his rusted Gran Torino in movie posters and a hand-lettered sign wishing Clint Eastwood a happy birthday and rigs an American flag to a baseball bat wedged in the passenger window. He drives around the hood, honking his horn and waving, like he’s running for office. The first time I saw this personal birthday parade, I stood transfixed on my lawn, staring at the gunfighter image from High Plains Drifter. (I’ve watched most of Eastwood’s films with Carl who loves a vigilante.) The gun and rope in Clint’s hands made me feel both uneasy and secure.

Seeing the Key Maker out of his parading Gran Torino makes me smile; the world of Hamilton is thick with surprise. Still proving we’re neighbors, he continues. He’s a sometime postman; we’ve talked by my mailbox. He and his wife live over on Fair Oaks. I feel unexpectedly comfortable in that cozy bubble of shared niche.

“How much did you pay for your house?” the Key Maker asks. “I paid forty-five.”

“Wow.” That sounds cheap until I picture the corner house that I think is his, and it’s worn with mold, time and dirt.

“Well, it’s not in as good shape as yours,” he says and pulls a lever down onto a vise.

I look blankly at the rows of shining keys. I don’t think I like us thinking about our houses one street away, even if he is eccentric and probably harmless. A woman squeezes her shopping cart past me in the Tool Corral, making me shift closer to the Key Maker, near enough to smell his onion-scented sweat. I consider leaving the store but can’t face that awkward moment of requesting the return of my keys.

As if he’s been waiting to tell someone local some juicy gossip, Key Maker asks if I heard “that screaming a while back in February.” He croaks under the whirring grinder as if he was telling a ghost story. “It was as still as Christmas Eve, and we were bundled in bed when we heard shrieking like a banshee.”

I too have heard howling arguments in the intersection at four o’clock in the morning, the piercing sound of angry cries cutting through the calm.

That bitter night Key Maker looked out his bedroom window to his snowy front yard and found a woman covered in blood and wearing a torn slip. Her boyfriend had pushed her out of his truck and left her there, or so she claimed. Key Maker says she looked like the actress Sondra Locke: big-toothed, blonde and vulnerable. He seems wistful, describing the girl who was so skinny that her collar bones stuck out.

I forget the keys and the bustling store around us.

Key Maker and his wife wiped the girl off, put an old coat on her, and helped her into the backseat. The girl wouldn’t divulge anything about her parents except that they lived nearby and she didn’t want to return to them. She whimpered something about silverfish and bugs. Key Maker turned on the engine to warm it. They argued; she said he reminded her of her father and that was not a compliment. His wife climbed into the passenger seat and ordered him to drive, so Key Maker slowly started up Fair Oaks.

“So the girl’s covered in blood,” he says to me in the store, “blood coming outta her nose, he really beat her up, and she’s sitting in my car, wearing my coat, and yelling about her father, and I say, look, I’m trying to drive here, and I don’t even know where!”

A series of lies poured out of her. I have this vision of her, slumped in the backseat, stories falling out of her mouth like white water. She said she was a pole dancer in a prostitution ring run by a firefighter in Hampden. Then something shifted, Key Maker says, and she switched accounts and said that her boyfriend was celebrating his release from jail on Valentine’s Day with her in a bar in Parkville, “the one with the funny hat.” Key Maker pauses for effect. When Key Maker imitates her, he pitches his gravelly voice higher, so falsetto that it makes him cough. He says the girl stopped making sense after that and muttered something about a clubhouse and checking for wires.

“She hurt, she said, you know, hurt, but she didn’t want to go to the E.R.” Back in the Tool Corral, Key Maker wrinkles his splotchy nose and tips up his protective goggles. His eyes are a pale blue under the film of cataract. I hope that he doesn’t wink; he doesn’t. He says that his wife thought the girl had a headache from the beating.

I rub my forehead and frown. Once Carl shoved me down the stairs and swore it was an accident, but I felt the push. I wonder what I would do if I found a slip of a girl on my front lawn. How this quiet Sunday has shifted and swayed.

“We took that poor lost girl to her parents’ house,” says Key Maker. “I guess we should’ve taken her to Good Samaritan Hospital, but come to find out her parents live right on Hemlock Avenue, a little blue bungalow.” He turns off the grinder and wipes his hands on his grimy apron.

The air smells of burning metal. I don’t want the filings to get into my lungs, so I breathe through my nose.

“It’s a sad, sad, sad, state of affairs,” Key Maker says and sighs, polishing my new keys with a brush. “Sorry to bum you out.” He smiles. He’s missing a canine. “But that fireman stuff’s true. They caught this firefighter running a cathouse with bedrooms and bars in Hampden, and he called it a clubhouse. That’s what she called it in my car.” He compares the new keys to the old one. “Gave her my old hunting jacket; it’s too small for me now, and I didn’t want it back all messy.” He flips a key, trying the reverse of it. “I’ve seen her, you know. I won’t say which one, but I seen her working at a local Royal Farms Store.”

I can’t lose the harrowing image of the blood-spattered blonde in the suburban snow. I wonder if Key Maker belongs to the neighborhood crime watch association. We have to rely upon each other when we live on the fringe of the Baltimore City war zones. We hunker down in our little castles and gather to shop and complain. “It gets weird sometimes,” I say. “I hear all sorts of stuff: helicopters overhead and electric saws and hammering at night. The house next door’s been empty for a long time now, and I’m sure gangs use it.”

It dawns on me that he’s making copies of the keys to my house. He knows which house is mine. This doesn’t seem like a good idea, despite his girl rescue story and the Eastwood parade. I shift my weight and wonder if Key Maker ever saw Carl go in and out of my house.

He holds up the key to my wooden back door in front of his ruined nose. “Sorry. We don’t have this one in stock,” he says, squinting. “It’s too old.”

“Thanks, neighbor,” I say, taking the key envelope with two new security door keys and the back door key he couldn’t copy. In the glaringly bright light of the Tool Corral, I search for signs: scratches, fingerprints, or cigarette burn scars. I only see eczema.

Kimberley Lynne is a playwright, novelist, teacher and theatrical producer. Her ghost folklore novel, Dredging the Choptank, was published by Apprentice House in 2010, and “Keys” and “The Guru of Harford Road” will both be included in her upcoming collection of Hamilton short stories, Something with a Crust. Lynne is a member of the Dramatist Guild and Actors Equity Association. For more information, please visit her site. 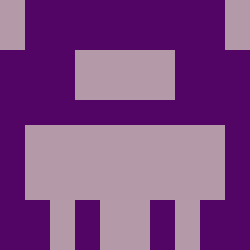