Starting today, we will feature posts from former Baltimore Sun restaurant critic Richard Gorelick.  Richard left the Sun in the summer and writes regularly for his blog gorelickingood.com. For those of you wondering what happened to the Charm City Cook, Amy Langrehr’s busy independent consulting business prevents her from writing as regularly as she or we would like, but we will continue to share her posts when she has time to write them. – The Eds.

First announced last February, Loch Bar will see the light of day this coming spring. The restaurant will open in the former Lamill space at the Four Seasons Hotel Baltimore.

The hold-up was because of “engineering issues,” according to a press release from the Atlas Restaurant Group (Ouzo Bay, Azumi), announcing the opening.

The 85-seat restaurant, which will be open daily with Saturday and Sunday brunch, will specialize in seafood. It will have a gigantic raw bar and large selection of craft cocktails and beer (15 draft and 50 bottles) and an ambitious whiskey selection.

Alex Smith, who co-owns the Atlas Restaurant Group with George Aligeorgas, explained the restaurant’s name to be back when he first announced the project.”I grew up with Loch Raven in my backyard,” he said. 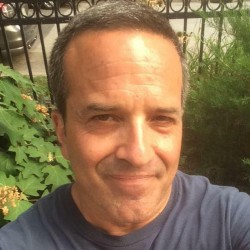