Capital News Service – In 2005, Towson University and the University of Maryland, Baltimore announced a joint Master of Business Administration program, despite the objections of nearby Morgan State University.

Morgan State, a historically Black college, argued that the program duplicated its own offering, and perpetuated a cycle of traditionally white institutions siphoning students away from historically Black ones — which, in turn, held up a history of segregation in education.

So, representatives from Morgan State, along with Maryland’s three other Historically Black Colleges and Universities, filed a lawsuit against the state.

In 2006, the case went to court, which ruled in favor of the HBCUs on the issue of funding; but in the 15 years since, the two sides haven’t been able to reach an agreement on how much the state should pay.

And now, for the second time, the state Legislature has opted to step in, pushing a bill that would allocate nearly $600 million in funding to HBCUs in Maryland.

“We have left our higher education system in limbo while lawyers argue in court, and some students get left behind,” House Speaker Adrienne Jones, D-Baltimore County, told a committee on Jan. 19.

Lawmakers are insisting that the state hasn’t made good on the court’s finding that gaps in funding have led to significant inequalities between HBCUs and traditionally white institutions.

Still, the state and HBCUs have yet to agree on the specifics of a settlement, and negotiations have been ongoing for almost 10 years.

So, in accordance with the court’s findings, the state Legislature designed its own funding bill.

“We’ve been in conversations with all parties. And everyone is looking towards a settlement,” Del. Darryl Barnes, D-Prince George’s, told Capital News Service.

HB0001, cross-filed in the Senate, asserts that the state of Maryland should allocate $577 million worth of funding to HBCUs within the state over a 10-year period.

Both have crossed over, passing the House and Senate — though the one in the Senate has been amended.

Specifically, the Senate has placed language in the bill indicating that some of the HBCU money can be taken from the cigarette restitution fund — a purse that has grown to about $245 million resulting from a 1998 settlement between the state of Maryland and the tobacco industry.

The House Appropriations Committee voted in favor of those changes at a hearing Friday.

A near-identical bill passed through the House and Senate last year, before being vetoed by Gov. Larry Hogan, R.

The House of Delegates has moved to override that veto, but it won’t go through the process if this year’s bill passes, according to a spokesperson from the Speaker’s office.

This year’s legislation is slightly different — delaying the funding until 2023 to account for the impacts of the COVID-19 pandemic.

The money is to be shared among the four institutions by a percentage based on enrollment and will focus almost entirely on academic and pedagogical improvements.

For example, Morgan State, the largest of the four schools, would receive an estimated $15 million for the first year of funding.

Those improvements have been stratified into numerous categories, each targeting a specific area of need within each institution.

Primarily, the bill makes good on the original grievance of program duplication, recommending that some of the funds should be used toward the improvement of existing programs — or the implementation of new ones.

But there are further recommendations, too.

It is ultimately up to each university to decide how the money is allocated — but any unused capital will be placed into a reserve fund.

There are other provisions worked into the legislation.

Rather than simply allocating the money, the bill requires that the Maryland Higher Education Commission establish a program panel to monitor any changes the schools make.

This panel, consisting of at least 10 people, will help review proposals for substantial changes in programming — with an eye to making sure existing laws are abided by.

“The panel itself is just to ensure that the funds are being distributed properly. And used what it’s intended for,” Barnes said.

The salary for those new employees is included in the proposed funding.

Institutions hope that the bill will be vital in improving the quality of student life.

“This will have a significant impact in bringing in new resources,” Cassandra Robinson, Bowie State’s director of communications and marketing, told Capital News Service.

For the first year of funding, fiscal year 2023, the bill also includes a provision to cover the over $20 million of attorneys fees that have racked up for the HBCUs over the course of the litigation.

The lawsuit has a complicated history.

When a federal judge demanded that the state of Maryland settle with HBCUs on the question of funding — back in 2013 — the two sides were unable to come to an agreement.

Some sources reported that the court recommended funding supplements of up to $1 billion, but Hogan’s office reportedly hasn’t proposed an offer higher than $200 million.

And if Hogan vetoes again, lawmakers will likely have time to override during the current session.

As long as the bill is passed during the regular session — which is looking likely — the governor only has six days to make a veto decision, leaving time for the leadership to line up an override.

Lawmakers say that the increased funding — which they hope will be passed soon — isn’t a fix-all.

There will be further bills, and there are further improvements to be made.

“We’re looking at things comprehensively as lawmakers to find out other avenues in which we can be creative to provide additional funding and resources,” Barnes said.

Still, this is the first step in a long push for equity.

“You have to have other things or other pieces to complement the money,” Barnes said. “But the money is a great start.” 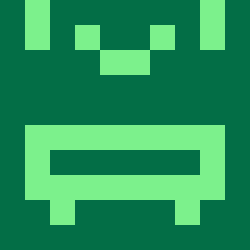