Mid-century modern is having a moment. “Mid-century modern” means everything decorative from the mid-20th century, including furniture, decorative objects, fabric and even interior designers from that period. (Think Billy Baldwin, Dorothy Draper, Sister Parrish, David Hicks, Tony Duquette.) You know those guys were good when you see spaces they did in 1962, and you have trouble deciphering whether it’s David Hicks or David Easton. Their impact is unmatched in interior design.
Mid-century is an obsession we’ve had for the past five years, even before the “Mad Men” hysteria. But Don Draper has gotten under our skin and obsession has been upgraded to addiction. We scour the market for anything that looks like it belongs to Betty. When we decorate a room, we find it looks naked without at least a 1950’s Murano glass lamp or a black lacquered Paul McCobb chest of drawers. We spend hours on 1st Dibs salivating over Paul Laszlo light fixtures that resemble those in Roger Sterling’s office, or geometric screens that look hauntingly like the one in Pete Campbell’s apartment.
The allure and glamour of Betty and Don has re-ignited the mid-century modern movement, but many are still shy about incorporating the retro look into their home. We suggest starting small, maybe a lamp or small Danish chair. But beware! Once you add one piece, you WILL want more…and then you will discover 1st Dibs and Center 44, both amazing online sources for mid-century everything. Then you’ll watch “Mad Men” with a whole new perspective. It’s really just a weekly fix for those of us with the shameful addiction. 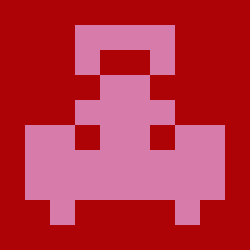