In April 1963, Martin Luther King Jr. was arrested for protesting Birmingham’s segregation ordinance and placed in a dark cell with no mattress.

An ally smuggled him a newspaper containing a statement written by eight white Alabama clergymen, who claimed to support racial justice but criticized nonviolent civil disobedience as a means of achieving it.

And so King began scrawling a response in the margins of the newspaper, distinguishing between just laws and unjust ones that prevented Black Americans from voting.

“I have almost reached the regrettable conclusion that the Negro’s great stumbling block in the stride toward freedom is not the White Citizens Councilor or the Ku Klux Klanner but the white moderate who is more devoted to ‘order’ than to justice,” he wrote.

On Sunday Jan. 16, two local groups advancing social justice through a Jewish lens — Jews United for Justice and Repair the World Baltimore — held an event to show how relevant the “Letter from Birmingham Jail” remains today.

Two seniors at Baltimore School for the Arts, Jayden Ozoemena and Joseph Hatchett II, brought King’s words to life through pre-recorded readings. The event also featured Zoom breakout rooms and a panel discussion with Tré Murphy, Tara Huffman and Taylor Branch, a historian known for his trilogy of books chronicling King’s life and much of the American civil rights movement.

“Many people will say, ‘We know police brutality is an issue, we know voter suppression is an issue,’ but when we talk about the substance of what to do next, oftentimes people will have issues with the tactics that are being used,” Murphy, director of community organizing for the NAACP Legal Defense Fund, said at the event. “What’s happening then is happening now.”

Tracie Guy-Decker, co-chair of JUFJ’s Baltimore Leadership Council, who moderated the panel, recalled in an interview how, during the summer of 2020, many Americans were “deeply agitated in their souls.” A year and a half later, she feels like “there’s been a lot of reversion to the way things were” in terms of what captures white people’s attention.

“My fellow organizers and I wanted to use the opportunity of King Day to lift up these more agitational words from the letter — not the things that make people feel good like the ‘I Have a Dream’ speech,” she said.

The breakout rooms, she said, were a way to equip people to better advocate for racial justice. Borrowing the ideas of anti-racist author Ibram X. Kendi, Guy-Decker said we must unlearn the idea that people are “racists” and see actions, policies and outcomes as “racist.”

“We’ve been taught: ‘Racism is bad, therefore racists are bad, therefore I can’t be a racist because I’m a good person,’” she said. “To get through that, there’s a lot of emotional processing that has to happen so we can move on to do what actually needs to be done and not just make ourselves feel better.”

At Sunday’s event, Huffman — a local pastor who stepped down earlier this year as director of the Criminal and Juvenile Justice Program at Open Society Institute-Baltimore — encouraged white people to stand up to racism in conversations with other white people.

“While you’re sitting at the dinner table, while you’re at the workplace, at the family gathering, what are you saying? What are you doing?” she asked. “If you stand in solidarity with me when you’re not with me, but you’re not challenging, not educating, not pushing back against other folks who are privileged because of their whiteness, then the white supremacy and dominant culture is being enforced.”

She also urged white people not to become like the white clergymen in Birmingham.

“We are not going to tear down anti-Black racism through negotiation alone. There will be confrontation and conflict,” she said. “Decide what your comfort level is, and then where you find yourself being uncomfortable, step back. But don’t become a stumbling block.”

King himself once said, “If I cannot do great things, I can do small things in a great way.” Near the end of the event, JUFJ distributed a list of resources to help attendees identify next steps to pursue racial justice, such as supporting local activist groups and Black-owned businesses.

According to several studies, 90 percent of youth waive their Miranda rights, contributing to the disproportionate incarceration of Black and Latinx youth. The Juvenile Interrogation Protection Act was passed in the House last year but failed to get out of the Senate.

JUFJ’s primary partners on the bill are Leaders of a Beautiful Struggle, BRIDGE Maryland and the ACLU.

During the event, Rabbi Andrew Busch of Baltimore Hebrew Congregation underscored Baltimore’s rich history of advocating for racial justice. His predecessor, Rabbi Murray Saltzman, marched with King and was arrested with him in St. Augustine, FL in 1964.

And Saltzman’s predecessor, Rabbi Morris Lieberman, was one of more than 20 clergy — Catholic, Jewish and Protestant — to be arrested at Gwynn Oak Amusement Park in Baltimore on the 4th of July in 1963 during a 300-person protest of the park’s segregation policy.

Inside Busch’s synagogue, down the hall from his office, there’s a photo of the clergy “getting arrested in support of civil rights — or, as we would say today, doing the work of antiracism.”

Guy-Decker said she got involved with antiracist work in 2015, when Freddie Gray died from a spinal cord injury sustained while in the custody of Baltimore police. “I was really confronted with the fact that, even though I live and work in the city, I have a completely different experience than that of my Black and brown neighbors, friends and colleagues,” she said.

She added: “Showing up for racial justice one day a year is not what it’s gonna take. We all need to be doing whatever small things are within our power much more regularly so that we can build the world we want to live in.” 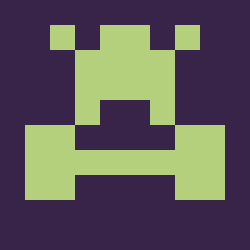