University of Baltimore MFA student D. Watkins tells the difficult story of his Somali mother, Tina, who gave birth to him when she was 15, full of big plans other than being a mom.

She hails from two third-world places where murder is as common as nightfall–Somalia and East Baltimore. Tina made me call her “Tina” because people didn’t need to know that she was old enough to have a 10-year-old son­. She was 25 then–we grew up together.

As a kid I waited for her–I always waited for her. Late nights well after the club let out, after the after-hour shut down, when the streets were clear as her skin—I waited.

Some late nights she noticed me stuck to the courtyard benches like chewed gum. I’d grown a frown when she walked past smelling like cocktails mixed with club music. And then there were the nights she’d be beyond wasted–I’d drag her limp body from the gutter, into our lobby, onto the elevator and inside our unit.

The worst nights were the ones where she didn’t bother to show up at all. I would call her friends and then circle my block like beat-cops before redialing the same numbers and circling again.

One of those nights I fell asleep on the park bench while waiting for her. She woke me up the next morning and said, “You’ll understand when you get older baby,” as she waved bye to the maroon Q45 that had dropped her off.

I thought I was a great son. I mean, I stayed out late but she allowed it; I skipped school but that didn’t bother her; and I never talked to my father without clearing it with her and bringing home the cash she would tell me to ask for.

My room was a mess, but so was hers, along with the kitchen, the living room, and the bathroom. I also watched my little brother, Deion, and held down our fort when she was gone for days at a time.

I invited Tina to my basketball games–Project Survival, 10 and under. She would roll up into the gym with neon dresses that stopped at her waist, dark shades, hips wider than Texas, a naked back, and an over-sized Gucci bag covering her left shoulder. Heads rolled when she walked down the sideline.

I played extra hard to get her attention and it worked for a minute: she’d yell, “Kill ’em, baby, kill ’em!” and that’s what I did–I attacked my opponents with crossovers and layups and jump shots and back-to-back steals, checking behind me after each accomplishment to see if she noticed. Sometimes she did. I thought we were on the verge of developing something or at least moving in the right direction­–but I was wrong.

Her hip-length skirts paired with that Disney Princess smile brought attention from all of the coaches, referees, fathers, fans, and every other man in the gym, even my lusty preteen teammates. They’d salivate in thirst and hunger, wondering what she would wear to the next game, as if her dress were more important than my 30-point performances. Shortly after I lost all interest in the sport.

With Tina, it was always about a new guy, or a party, or some new guy’s party with her. That was her 20s. Late nights, white lines, Beamers, handbags, and hangovers. At 12, I got the picture.

I realized that she had her life and I was just an accessory, like a Gucci bag buried in her graveyard of designers. She deserved to have fun every day and connecting with me didn’t fit into that idea–so I just kept my distance.

I think she figured this out when I was 14, a year after my brother Devin and I moved out. I never called, visited, or even acknowledged her. She started leaving messages but I’d never respond. She would stop by our place and I wouldn’t answer the door. The more I ignored her the harder she would try­­.

I think the way I shut her out contributed to her aspiring for more. Tina started making attempts to redefine herself by joining a church and going back to school. I noticed from a distance, but neglected to respond, reach out, or reconnect.

At 30, Tina earned her GED and got a job working as a secretary at Johns Hopkins. I would see her around the neighborhood or in nightclubs, and we would have the funniest little conversations about nothing; she would give me updates on her progress and tell the crazy hood stories. She would ask me to come around more but it was too late. I had reached a point where not connecting with her was my preference.

The years of separation had transformed our relationship from mother and son into that of almost strangers. She really didn’t know how to address me because I was just this tall guy who used to live in her place.

A history of oppression, neglect, abuse, and ignorance created her. She was from the bottom and poverty was her biggest influence. Becoming a teenage mom was normal; little to no education was normal; experimenting with drugs was normal; having a party every day–normal. That’s all she knew. Tina was smart enough to realize that her maternal approach, fostered by her shitty upbringing, was wrong, and she tried to make amends. But I rejected her because it’s my life and I deserve to have fun every day.

Connecting with her doesn’t fit into my idea of fun so I stay distant. I don’t worry about her. Tina will be okay. She’s still a star who receives unlimited amounts of love and attention from everyone–everyone except me.

D. Watkins is an author, filmmaker and native Baltimorean who graduated with honors from Johns Hopkins University. He has participated in writing workshops in multiple countries throughout the Americas, Europe and Africa. Watkins teaches at a number of colleges in Baltimore and conducts workshops on social justice at the Baltimore Freedom School. He also mentors students weekly as a member of the Boys to Men program at the Harbor City Academy. Read more here. 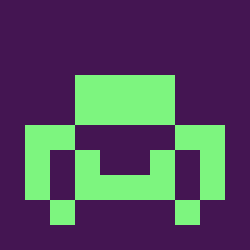