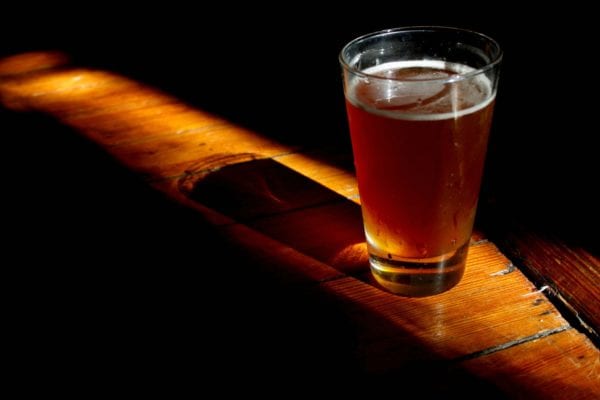 Over the last year or so, Comptroller Peter Franchot has made reforming the state’s beer laws his raison d’être.

He critiqued a law, House Bill 1283, that brewers argued placed burdensome restrictions on their industry, and when it passed, Franchot formed a task force to go back to the drawing board on Maryland’s alcohol laws. While touring breweries across the state, he promised that help was on the way.

And once the task force was ended, his office put forth the Reform On Tap Act of 2018, legislation that would loosen restrictions on brewing beer across the state.

But the introduction of a new bill, House Bill 1052, by Dels. Talmadge Branch (D-Baltimore) and Dereck Davis (D-Prince George’s County), is causing the debate to bubble up all over again. The bill, introduced on Wednesday, would limit the hours of tap rooms from 10 a.m.-10 p.m., prohibit contract brewing and cap the amount of beer a brewery can sell to 500 barrels, with an option to ask Franchot for permission to sell an additional 1,000 barrels on-site.

There are exceptions for any brewery that produces 1 million barrels a year, which leaves only Guinness. They can still sell 2,000 barrels a year at their Baltimore County brewery.

“It seeks to punish Maryland’s independent craft brewers, much as a parent would an outspoken child, by creating a bill that is even more damaging to the industry than was House Bill 1283,” he wrote.

Kevin Atticks, president of the Brewers Association of Maryland, was similarly critical, issuing the following statement: “MD brewers have a $637.6 million impact, support 6,541 jobs with $228.3 million in wages and $53.1 million in state and local tax revenue. Yet, compared to neighbor states, Maryland is 47th in economic impact, 36th in number of breweries, 25th in gallons produced per adult aged 21+ and is a net importer of craft beer.

“These need to change, and there are thoughtful bills introduced to address them. HB1052 would inflict actual harm on a majority of the brewing industry. Rather than wasting our time and energy debating a tone-deaf, mal-intentioned attempt to distract from real conversations aimed to grow our manufacturing industry, we’re focusing on our legitimate, reasonable, reform efforts.”

Neither Branch nor Davis responded to a request for comment from Baltimore Fishbowl, but Davis did tell the Baltimore Business Journal that this was a corrective to House Bill 1283.

“Sometimes we don’t get it right, so we were hoping to erase whatever we were doing wrong, whatever harm we had caused the industry, and we were going to put things back the way they were,” he told the paper. “Time and again, and we heard it repeatedly from the comptroller as well as the industry that 1283 was bad, that 1283 was having a negative impact, and we did not want to do that, so we were trying to undo what we did.”

While Davis suggested the effects of House Bill 1283 that Franchot and brewers were pushing to the public now turn out to be “a lie,” he told the paper he would “adjust accordingly” if brewers thought this bill was regressive.

As fate would have it, hearings for both bills are scheduled for Feb. 23.