While that’s the grim reality today, for the first time in many years, the future of the bay looks brighter.

Each year, an organization called EcoCheck produces a report card for the Chesapeake Bay based on water testing and data analysis.  In association with Healthy Harbor, a collaboration of the non-profits Waterfront Partnership and Blue Water Baltimore, EcoCheck also produces a report card for the harbor.  On Monday, EcoCheck awarded the harbor a grade of C-.  The mark is disappointingly low, but compared to the D- received in 2011, this year’s grade suggests hopeful progress.

At a press release Monday morning, representatives from EcoCheck and Healthy Harbor, as well as Mayor Stephanie Rawlings-Blake and District Councilman James Kraft, discussed the harbor’s current health and initiatives and goals for a healthier future.  While pollution is a major issue, we are not entirely to blame for its poor health.  In 2012, weather events contributed to the bay’s poor water quality including a mild winter that caused above average water temperatures and a large algae bloom that proved fatal to huge numbers of fish.  Councilman Kraft emphasized the need for visible progress in the community, for changes that prove that action is being taken.  He also stressed the importance of enacting statewide policies regarding pollution and storm water.  At 64,299 square miles, the Chesapeake Bay watershed is roughly five times the size of Maryland, and over 90 percent of the state is included in that area.  This statistic renders local policies essentially ineffective.  Kraft’s boldest goal is to daylight the rivers and streams in the Baltimore area, particularly the Jones Falls.  This means that water that has been redirected into pipes, drains, or culverts will be allowed to run its natural route, eliminating much of the pollution carried into the harbor by runoff.

Healthy Harbor aims to make the Inner Harbor in Baltimore swimmable and fishable by 2020, a goal that one year ago way have seemed extreme, but in light of recent achievements now appears much more realistic.  According to Healthy Harbor, in 2012 Baltimore collected 39 percent more trash from street sweeping than in 2011, and swept 30 percent more streets.  The city installed 270 rain barrels, as opposed to 173 in 2011, and installed eighteen rain gardens to capture nearly two million gallons of stormwater.

Volunteers also completed thirty-one conservation landscaping projects and planted over eight thousand trees.  These measures are enormously helpful and they are only the beginning.  Baltimore has a long way to go, but a cleaner harbor and brighter future are within reach. 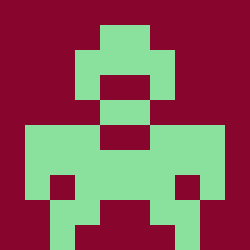