I did not expect for my family in South Carolina to meet my boyfriend until Thanksgiving, but with the unexpected death of my father in August, my timetable was slightly altered, to say the least.

Everyone knew of Jesse’s existence, but I had intentionally withheld his demographic information both because I saw his being black as a non-issue and because I felt that offering any sort of silly disclaimer would shine an unnecessary spotlight, thus making it an issue.

I had the standard jitters any girl has when introducing a significant other to her family, and that had been compounded by the fact that it had been over eight years since I last brought home anyone for their Stamp of Acceptance. But now I was also afraid (irrationally, I might add) that I was going to learn they were all secretly racist. The only tilted remark I had ever heard from a family member had come from my nursing home resident grandmother a few summers ago when she nonchalantly ended a thought with, “The black lady down the hall who had a regular-colored baby doll.”

I thought about that particular instance as I sat in Uncle Clark’s living room the night before Jesse’s arrival.

“I’m afraid that Grandma isn’t going to like Jesse.”

He responded jokingly, “Why? Is he black?”

I nodded, internally winced, and waited to see his reaction.

He immediately started laughing. His whole body shook with amusement. Then a look of immediate horror washed over his face as he realized that he was going to be in a car with her for two hours after meeting Jesse at the memorial service. Uncle Clark was going to get an earful.

In the moments after Grandma met Jesse, she said little except to uncharacteristically comment on the inappropriateness of my clothing. I didn’t want to be in the room with her but I didn’t want to leave Jesse with her either. When it came time to ride over to the memorial service, I took great care to ensure they rode in separate cars.

When it was time for Uncle Clark to drive Mrs. Daisy back home, he and I began to help her and her extremely arthritic knees down the stairs in the carport. Grandma stopped me and told me to go get Jesse to help.

I was elated—she seemed to be accepting of Jesse. I even mockingly used the words, “Be still my beating heart,” to Jesse and my sister and friends. He gladly helped her down, and we got her in the car. Before they left, Uncle Clark took me aside, hands on my shoulders, and told me with wide eyes, “Know that was a big step for Grandma.”

When I returned inside, my dad’s friend Dan asked me if I thought she had done that because she saw him as “the help.” (Cue camera-zoom for horrible realization.) Until Dan mentioned it, I thought it was a gesture of acceptance and the contrary had never crossed my naïve mind.

I called a couple days later to check in on her and to try to find out whether her request for Jesse’s assistance was that of acceptance of my partner or of that of a Racist Old White Lady. When I mentioned Jesse, she seemed to be amicable on the subject and said that I deserved someone who treated me well and loved me. She even ventured as far as to say, “Skin color shouldn’t matter.”

This put me at ease, and I exhaled a breath I didn’t realize I’d been holding.

But then in her sweet grandmotherly voice she said, “I just hope that you aren’t going to get married.”

“It’s too soon for that.” I replied and hoped to leave it at that.

Before I could finish getting that out, she interrupted: “At least not in my lifetime.”

And there it was. She’d drawn her line.

I lightly pressed back by reminding her that she had just said skin color shouldn’t matter.

This briefly flustered her. “Well, Oakley! It does. But it doesn’t…”

That flashing moment seemed to be the evidence of her immediate internal conflict: the love and history we two shared versus 86 years of reinforced prejudice.

“I just don’t understand how your generation does things.”

I wanted her to know that it would all be okay, that my being in an interracial relationship was not something crazy and new. I would be fine—I tried providing the example of my African-American college roommate, for whom my grandmother had an affinity, who had married a white man. She venomously replied, “Yes. Shawna married a white man.”

Obviously, the math wasn’t the same.

Before getting off the phone, she had one last thing to add.

“Well, at least I was on my best behavior,” she said, as if she had considered behaving otherwise and now wanted recognition.

I sighed.  Yes, Grandma. Thank you for not creating an absurd scene at your son’s memorial service, I thought.

Grandma called me two weeks later for the first time—ever.

She called to apologize for “all the ugly things” she said to me about Jesse. She “was shocked, that’s all,” and “wasn’t prepared.”

She also wanted to know if I still loved her.

I immediately called Uncle Clark and my dad’s widow, Joy, to let them know that hell had frozen over. Apparently, they had both been pressing her to apologize to me for almost a week. One of them went so far as to warn her that, if she didn’t, she ran the risk of never seeing me again. When I told Uncle Clark I had talked with her, he became alarmed—it was apparent that he had been protecting me from whatever she had said during their two-hour car ride.

I don’t have delusions that my grandmother has shed her Old South ways of thinking, but I truly believe there is sincerity in the efforts that she continues to make. Also, I imagine losing my father, the last of her three children, has forced her to examine what it is she really values. One of the things on that list seems to be my happiness, regardless of my boyfriend’s skin color.

University of Baltimore MFA grad Oakley Julian is a writer and bookmaker currently living in Baltimore, Maryland, with her filmmaker boyfriend, Jesse. She has written for The Savannah Morning News and Savannah Magazine. Her first book of creative nonfiction is titled Words and Silence. 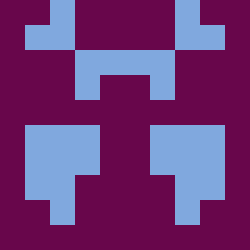