From grabbing sandwiches at Stone Mill Bakery to walking the cobblestone streets of Fells Point, the post names some of our favorite things to do. What are yours? Let us know in the comments. – The Eds.

Food52 – In a recent essay in the New York Times titled “My Own Private Baltimore,” Tim Kreider wrote that the city is “ideally positioned between New York and Washington so that all the ambitious people are siphoned off,” which leaves “the lazier, saner remainder in peace to enjoy low rents, cheap beers and a life undisturbed by the clamorous egos of the driven.” Instead of Baltimore’s slogan “The Greatest City in America,” Kreider’s friend proposed “Baltimore: Your Ex-Boyfriend Still Lives Here.”

But for me, Baltimore is an ex-boyfriend I still have a thing for. From here in New York, I miss Baltimore’s peculiarities and the way its approachable size and talkative characters can make it feel familiar after just a short time (my parents affectionately call it “Small-timore”).

This list is my own private Baltimore, but I’d love to hear about your experiences, too. For a fairly small place, there’s a lot to explore. Skip the Inner Harbor (overrated) and make time in your schedule to explore the historic neighborhoods and room in your stomach for crab cakes,Berger cookies, snowballs, and Natty Boh.

Here are 8 ways to spend a day in Baltimore and its suburbs (otherwise known as 8 reasons to take an 8-day trip): 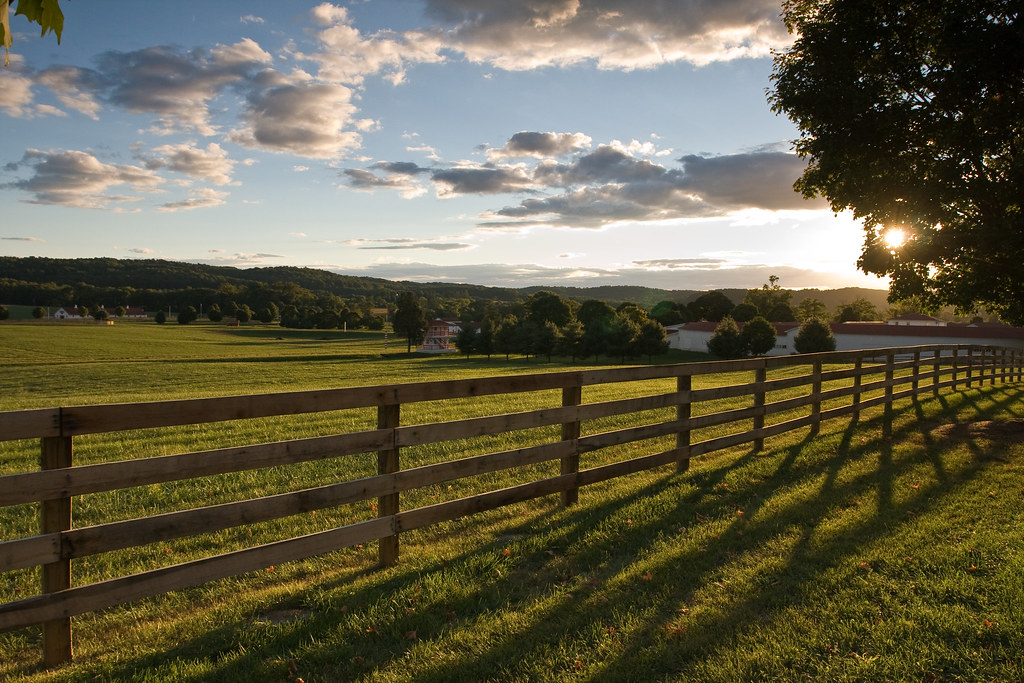 1) Drive through farmland and buy from farm stands in Baltimore County.

Drive north on Falls Road or Greenspring Valley Road until you hit the rolling hills, white fences, corn fields, and horse farms of Baltimore County. On your way, stop at Stone Mill Bakery for a loaf of bread, some pastries, or a sandwich (my favorite is “The Powerhouse”: sprouts, tomatoes, provolone, and honey Dijon on seven grain bread) and windowshop in the boutiques nearby.

If you make it to the Hereford-Monkton area (about 30 miles north of downtown), visit the Prettyboy Reservoir (pictured below) and hike on the surrounding paths, or find an entrance to the Torrey C. Brown Rail Trail (formerly known as the N.C.R. Trail), which is a stone dust path that stretches to the Pennsylvania border. If you have your bathing suit and an innertube (I always travel with an innertube), you can float on the adjacent Big Gunpowder Falls River.

PLEASE find a way to eat an authentic Baltimore snowball (finely shaved ice soak with sugary syrup)—and yes, you have to get the marshmallow frosting—from a roadside stand. Serious Eats has a guide to great snowball purveyors (I like Snoasis and Summer Shack).

On your way back towards the city, stop for fresh produce to turn into dinner at the Misty Valley Farms farm stand, which runs from May through October on Ruxton Road (there’s also a stand farther north, at the corner of Shawan Road and Falls Road). It’s the best place to buy corn, tomatoes, and melons. 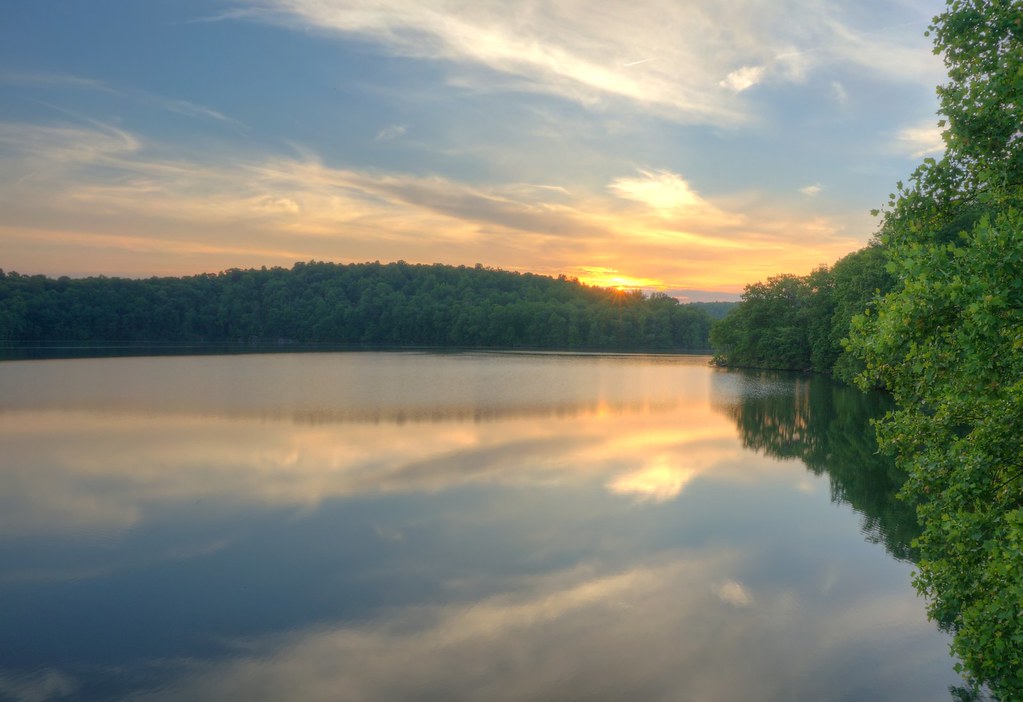 2) Catch a performance; eat some pizza.

See a movie at The Charles Theater, which specializes in independent and foreign films, or a live perfomance at the Everyman Theatre, the Hippodrome, or The Lyric Opera House. If you’re going to The Charles, make sure to grab two crêpes (one savory, one sweet) at Sofi’s, a tiny restaurant right next door, before the show starts. (Yes, you can bring them into the theater.) 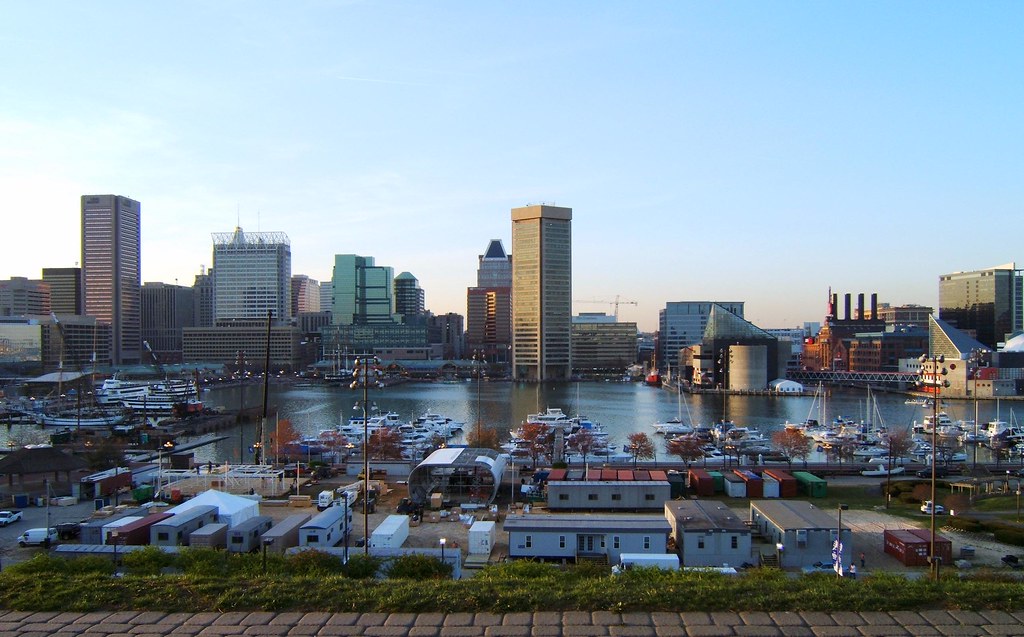 3) Bring a picnic to Federal Hill or Fort McHenry.

Have a picnic on Federal Hill, a green hillside that overlooks Baltimore’s skyline from the west (pictured above). I like to bring takeout from Thai Arroy or stop at the Whole Foods on the other side of the harbor.

Wander the rowhouse-lined streets nearby, then make your way to the American Visionary Art Musuem. Even if you don’t go inside (which you should), you’ll be able to admire the glittering wall mosaics and the Giant Whirligig sculpture from the street. The musuem has free admission on Thursdays between 5 P.M. and 9 P.M., July 27 through August 9. Directly after, you can catch a free film screening on Federal Hill as part of the “Flicks from the Hill” series.

Travel on foot from Federal Hill to Fort McHenry, a star-shaped, waterside fort where, as part of the War of 1812, the Americans defeated the British in the 1814 Battle of Baltimore. It’s here that the 35-year-old Francis Scott Key, after witnessing the bombardment of British ships, wrote “The Star-Spangled Banner.” Today, it makes a great picnic spot and/or romping ground. 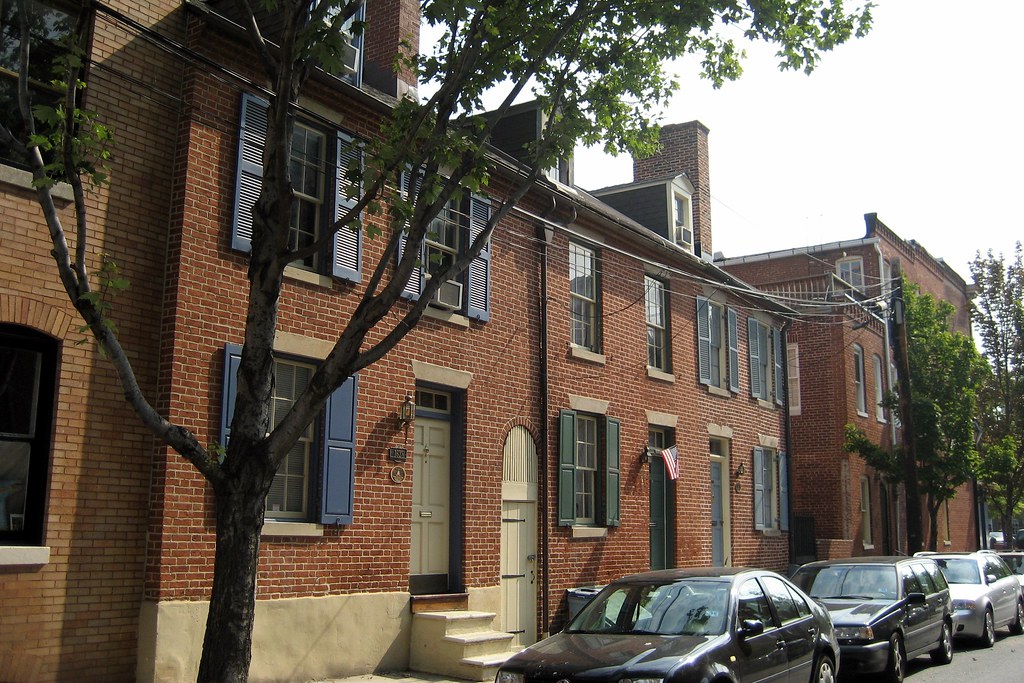 On the other side of the harbor is Fells Point, a waterfront cobblestoned neighborhood dating from the eighteenth century. There are enough stores (like the Sound Garden, with its overwhelming selection of new and used music), bars (Max’s has a huge menu of draft beers), and restaurants to keep you busy for a few hours. It’s a good opportunity to eat seafood, and Thames Street Oyster House is known for its crab cake and lobster roll (and long waits).

If you get to Fells Point early enough in the morning (or late enough at night—it’s open 24 hours on the weekends!), you might get a table at Blue Moon Café. It’s best known for the Captain Crunch French toast, which is exactly what it sounds like. If you’re looking for something less sceney, head away from the crowds and towards Tortilleria Sinaloa, where they make fresh tortillas and serve a fish taco with Old Bay butter sauce.

Or, if you’re willing to spend some money on a fancier dinner, try one of restauranteur Cindy Wolf’s three places, Pazo, Cinghiale, or Charleston, which are all within walking distance. 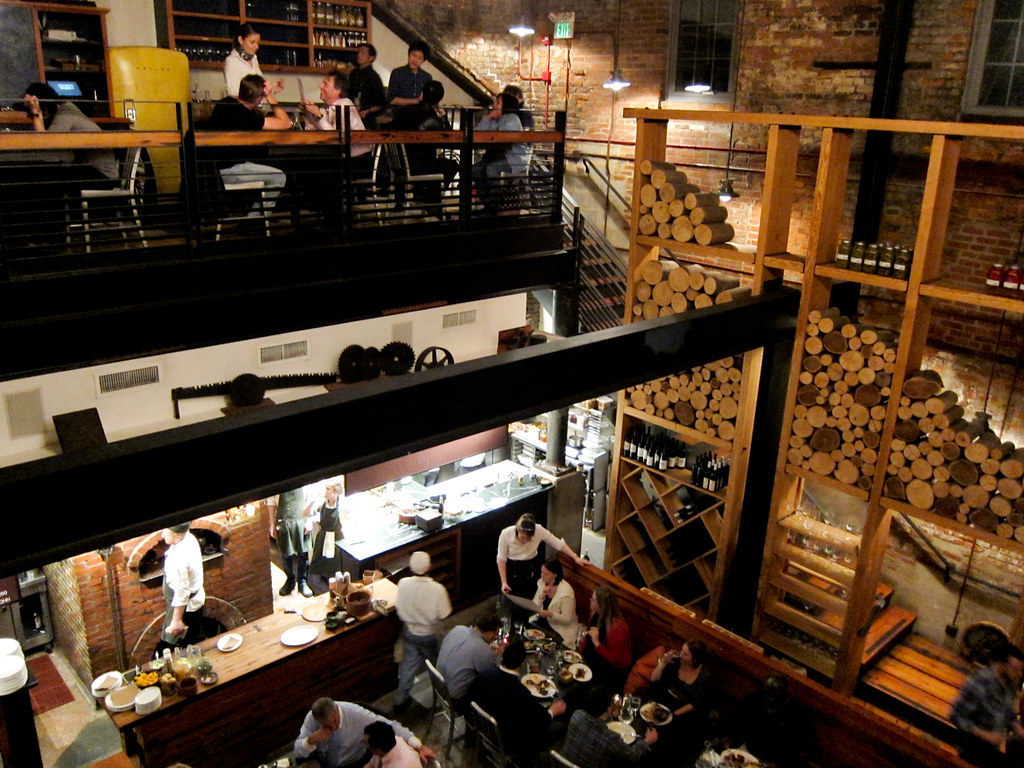 If it’s the weekend, make a reservation for brunch at Woodberry Kitchen (pictured above), positioned in a converted mill. The waiters serve seasonal food from the Chesapeake region while dressed—you just might think you’re in Brooklyn! If you’re only in need for some caffeine or a quick bite, go to Woodberry’s partner shop, Artifact Coffee (they serveCounter Culture).

Drive farther south and head to 36th Street in Hampden, which locals call “The Avenue,” a rowhouse-lined street reminiscent of Hairspray. 36th Street is lined with stores (Ma Petite Shoe, Atomic Books, and doubledutch) and restaurants (Holy Frijoles, Alchemy, Golden West Café) you’ll want to visit. Each June, the neighborhood is the site of theHonFest, a festival celebrating “Bawlmer” culture (think beehive haircuts here and strong accents), and each December, the 34th Street block puts up the brightest light display in the city (pictured below).

For dinner, go to Grano Pasta Bar, a teeny-tiny B.Y.O.B. where you get to mix-and-match pasta shapes and sauce. It’s great for carry-out, too, and I recommend the Aglio-olio e Peperoncino, a spicy mix of roasted garlic, hot chiles, and Pecorino Romano. 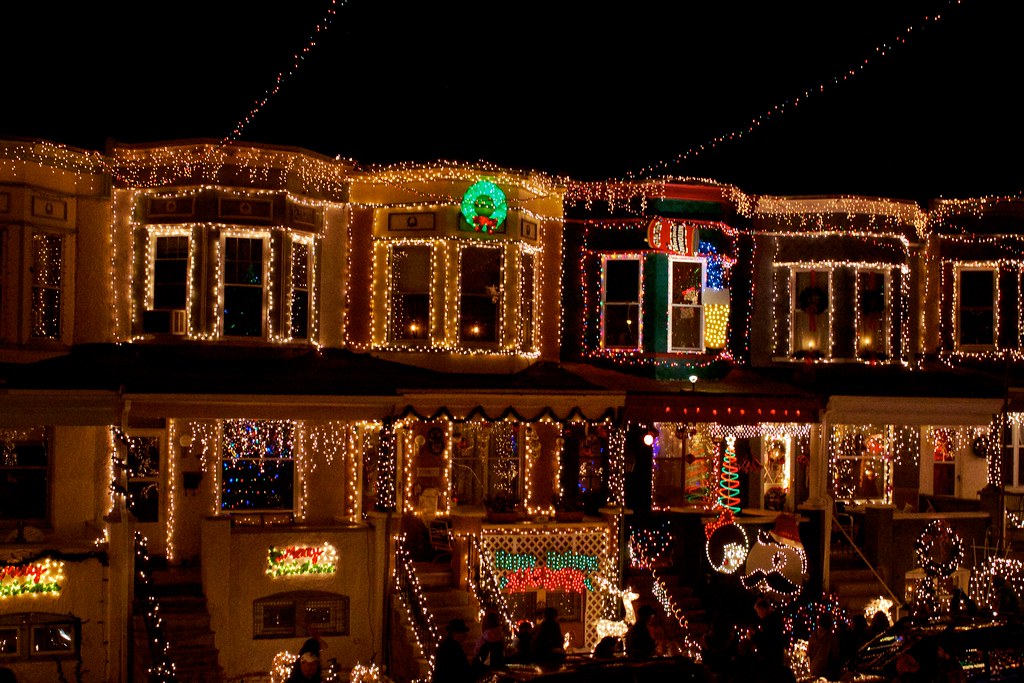 6) Tire yourself out walking around museums, old neighborhoods, and gardens. Then eat Indian food.

Visit the Baltimore Museum of Art: Admission is $0.00 (!), the space is beautiful, and the collections are impressive. Don’t miss the sculpture garden or Gertrude’s restaurant, which is located on the ground level. Get the all-lump crab cake or the I-can’t-believe-it’s-not-crab-cake (made with zucchini).

After you’re museumed-out, pretend you’re an undergraduate on the Johns Hopkins Homewood campus and, if it’s spring, watch the teams practicing lacrosse. Walk through Guilford and Roland Park, two historic neighborhoods with lots of big old houses to gaze at longingly. In the spring, you’ll need to stop at Sherwood Gardens (pictured below), where the tulips are most spectacular (and the park is filled with adorable babies) from the end of April to the start of May.

For dinner, go to the Ambassador Dining Room. The Indian food is good, but the garden-side-seating is the real catch. For something more casual, head to the Papermoon Diner. It’s filled with tons of weird knick-knacks and is open till 2 A.M. on Fridays and Saturdays. No: reservations. Yes: deep-fried ravioli. 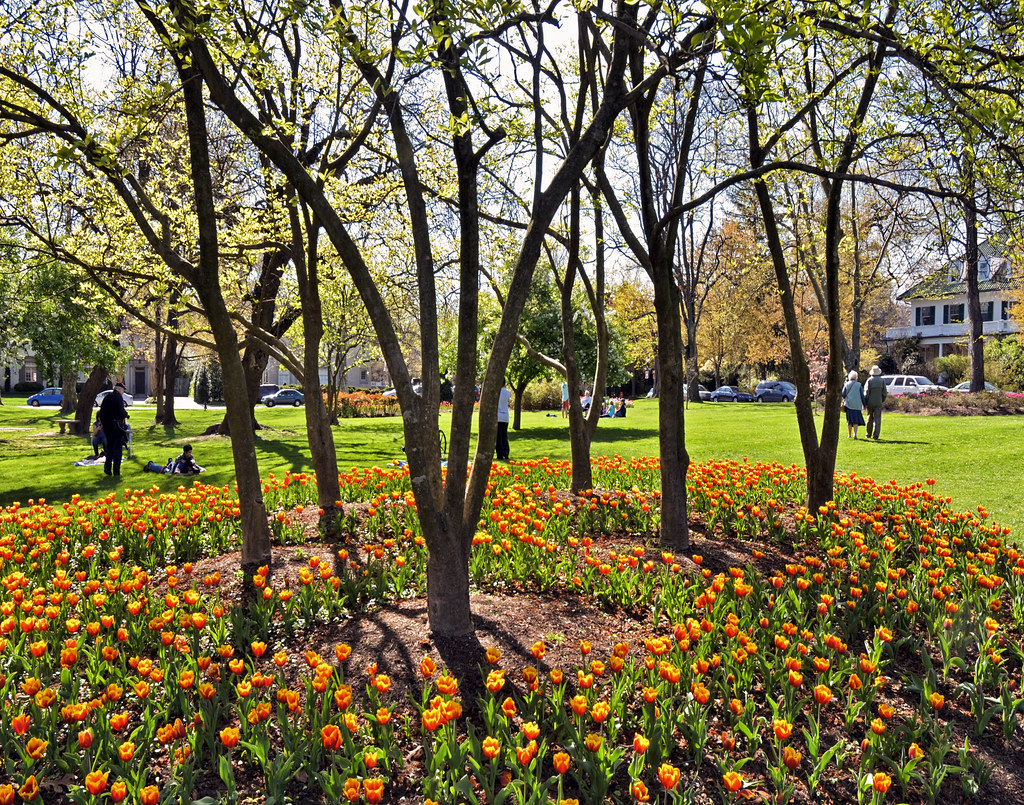 7) Go to the farmers market, go for a hike, then go for a sandwich.

If it’s a Sunday morning, visit the farmers market, located under the highway, anytime between 7 A.M. and noon. It’s the largest producers-only market in Maryland and you’ll find lots of fresh produce as well as hot food like pit beef sandwiches and dumplings.

Spend the afternoon meandering or mountain-biking the muddy paths of Robert E. Lee Park (pictured below), especially if you like interacting with lots of friendly pups. Then go to Belvedere Market, where there are stalls of meat, seafood, candies, cheeses, and produce. (Plus, there are free concerts every Friday evening between May 22 and August 28. Prepare to dance.)

Once you’ve finished shopping, sit down for a sandwich at Atwater’s, or buy a quart of soup and a loaf of bread and eat it at home.

The first major monument to honor George Washington, it was completed in 1829 and stands at the center of the Mount Vernon neighborhood (pictured below). And while you’re there, visit the Walters Art Museum; admission is free and the art spans the ages, from the third millennium B.C.E. to the early 20th century.

Once you get hungry, hit Charles Street: There’s Afghani food like sweet, pan-fried baby pumpkin at The Helmand (also the very historic site of my very first date) and the pillow-iest gnocchi ever at Sotto Sopra. The restaurant hosts opera nights, where you’ll be serenaded with live performances as you eat a multi-course dinner. 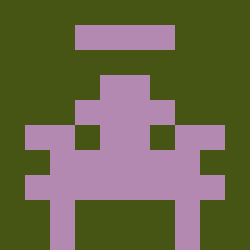