It’s possibly true: Baltimore is among 34 other cities who have been contacted by the Olympic Committee as it gets an idea of who would be interested in hosting the Summer 2024 Olympic games. The letters were sent to the mayors of the prospective cities asking them to estimate/brainstorm theme ideas, infrastructure and budgets for the games.

A lot goes into creating the atmosphere for the Games. The Baltimore Sun mentions that USOC chief executive officer Scott Blackmun stated that the hosting city would need an airport. Check. An Olympic village space for the players to train and live in. Considering all the nearby facilities such as universities and/or facilities in outside counties, there would be space for the players. Check. The city would need 15,000 media members; we have many news, radios and magazine stations… Check. The city would need “adequate” public transportation and a workforce of 200,000 people. Baltimore has amazing public transportation; however they are known for being late and backed up, but we could totally step it up! So, I say: Check, check.

This would create many temporary jobs for people in this city and also put Baltimore on the map more then it has been in a long time. A challenge for a city of this size, to be sure. Hey, maybe it would also put us on our best social behavior. Plus, I wouldn’t mind seeing a ripped swimmer or two walking around the Harbor. What do you think? 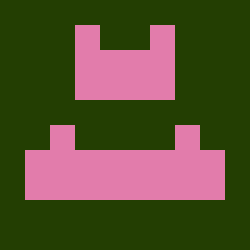