Writer Mariette Storr recalls coming of age in the Bahamas, where “the remnants of colonialism lingered like a dense mist.” This essay is part of her MFA thesis at the University of Baltimore.

Through the corner, around the bend and I was home. I pushed open the mesh screen door of our store to access the shortest route to the tiny hallway that led to the room I shared with three sisters. My breathing labored, I peeled out of my school uniform, grabbed a pair of white short pants and a blue blouse, my school’s track club ensemble, and escaped to the back yard. I stared up at the mango tree laden with plump, golden-reddish fruit. I propped my left foot against the lowest limb of this tree, the opposite hand gripped the closest branch, my right foot hoisted upward, and with repeat motion I finally perched myself comfortably on a top limb.  I seized a fat one and plucked it with both hands. One bite after another, the sweet chunks oozed streams of juice that ran down my arms, leaving a trail for my tongue to follow.

I was lost in each bite and didn’t hear the back door open. My father emerged after a long day at work. I call him Father, not Daddy, because the space between us was miles long. Daddy is a happy word, a loving, giving, protective word. A word without distance, exuding the warmth of a hand held, a cheek kissed, a body embraced. He was tall and lean.  The last time he caught me in a tree, months before, was to be my final warning. He was the old guard—a set of hard rules for his girls, a loose set of rules for his boys. I began to assess my fate as I watched him take in deep breaths of fresh air, his chest arcing and compressing like an accordion. My body tensed up, and my heart pulsed audibly as his head tilted upward.

“You know, he used to be really charming, and loving, not just handsome,” Mammy would say, beaming. Her voice betrayed a longing for the man he was at the beginning of their relationship. She was a candy striper with her eyes on midwifery. By the end of her first year of nursing school, she’d married my father in an intimate ceremony. His brother, Irvin, stood as his best man, and my mom’s cousin, Dolly (she looked like a Doll), was her maid of honor. Mammy’s Uncle Cleggy gave her away—I never thought to ask while she was alive why her dad didn’t. Perhaps he couldn’t make the long voyage by sea from his home, Ragged Island, one of the many remote islands in the Bahamas, to the main island of New Providence, the country’s social and economic hub where my mother and father lived.

They looked so happy together in the vintage black and white photo that hung so prominently in our living room. My father, uncle Irvin and grand uncle Cleggy, donned grey tuxedos with white gloves, each with an unlit cigar propped between two fingers. Mammy, staring at her new husband, exuded an air of satisfaction, like she’d just won the top prize in a game of chance at the local church bazaar. A year or two into the marriage, at the birth of their first child, my father forbade her to return to work. She was stuck at home having and raising children because she believed, much like her mother did, that any woman worth her salt should honor her husband at every turn.

Frozen in the tree, daring not even a twitch, I had no idea what to do to avoid what I thought was coming to me—a swat on the bum, or maybe just a tongue-lashing. While Mammy clung to the way things were with him in the early days when he was sweet on her, I simply didn’t know that version of him. I only knew him to be cranky and absent. I suspect he was stressed all the time as a second-class citizen in his own country, much like other men in our community who suffered oppression and who struggled to maintain their manhood. The British ruled our lives with an ideology that concealed in us thoughts of inferiority. For a long time after our independence in the early ‘70s, the remnants of colonialism lingered like a dense mist as the country tried to find its footing—low opportunity for blacks in employment, in education, in social standing. He was demeaned variously, and he demeaned us at home—the only domain in which he could wield a sense of power.

My father squinted. He raised one hand to shadow his brow before blinking a few times. His eyes widened as he moved toward the base of the tree. “Get down from there now!” As I climbed down, he turned away from me. I had finished my third mango, so whatever was coming to me would be worth it. “Don’t you move a muscle!” he said, turning around again and pointing his finger at me. I froze again, this time at the base of the tree. He screamed for Mammy who rushed to the backyard; the sound of her tiny feet thumping the pavement felt oddly reassuring.

“Turn around,” my father said to me in a controlled yet commanding way. They both stared at the fresh, prominent blood stain that had settled on the back of my white shorts.

“Mari, how are you feeling? Does it hurt anywhere?” she said, walking over to me.

My face harbored an expression of uncertainty; my eyes searched hers. “I feel fine.” I should have feigned illness, anything to get me out of the hot water I thought I was in.

“I want you to take a look at the back of your shorts. Can you see that mark?” Mammy said as my father took a few steps back, absolving himself from this female crisis.

I twisted my body at the waist, turned as far as I could, pulled hard at the stretchy nylon fabric and swung back around in horror. My lips parted but the words were lodged too deep to make their way through. The only relief I could score manifested through tears. As I shed them, my father softened. Tiny flecks of compassion scattered about him like dust in an autumn wind. That was my first glimpse of the man Mammy had known before; his once-austere jawline unclenched; his lips eased into a flat line. He was no longer able to punish me—at least not that day.

“Let’s get you inside, my dear,” Mammy said, taking me by the hand and guiding me inside the house like an invalid in a nurse’s care.

“I know what to do, Mammy. It’s okay. I’ve got it.” What to do was old hat. I’d watched my two older sisters cope with cramps, belted Kotex pads and the occasional stained underwear for several years before it was my turn. But this was a big event in Mammy’s eyes; another daughter over the threshold. I hated the idea that only girls had to travel this road. I would much rather have been a boy, and I was jealous of the freedom my brothers had to mount trees, to roam the neighborhood and to take to the beaches without supervision. Mammy waited outside the bathroom door as I tended to myself, and as much as I tried to wash away all that I was feeling, I loved that she was close by. Meantime, my father had retreated to the living room to read the newspaper, his ritual before dinner.

Later that evening, as I ate dinner with my parents and siblings, not another word was spoken about what had happened to me earlier. Mammy gave me soft pats to the head all five days of my new encounter; my father buried it entirely. He avoided me for months, and I never understood why. I wanted him to acknowledge me, as I’d wanted many times before, to ask how I was faring, to at least offer a hand to the shoulder or a pat on the head. I wanted him to assure me that what had happened was special and that he was glad he was there to witness it. All nine of his children knew we were loved by our mother, but none of us knew where we stood with our father. He remained closed off, lost to alcohol as the preferred balm.

He died when I was 19, five years after the day he caught me in the mango tree. But it wasn’t until I was a woman, full-fledged, taking inventory of the ghosts and scars left in the wake of a fatherless life, that I was able to look at him, closely, and see him as human. He was a man who should have been born in my time—I tell myself still that it might have made a difference, but I can’t be sure. He lived defeated most days, ground to dust by the trials of life. His demons got the best of him, whatever they were, and he could neither find the strength nor the means to control them. He simply didn’t know how.

Mariette Storr completes her MFA in Creative Writing and Publishing Arts at the University of Baltimore in May. She moonlights as a global public affairs consultant for the energy and non-profit sectors. 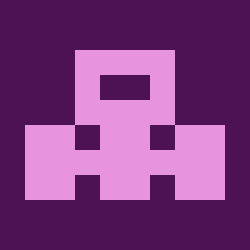