Like many middle-aged dudes reliving his teenage years as a weekend rock-and-roll warrior, I play in a band with a regular gig at a bar in Hampden. That means there is a regular time we show up, load in, set up, and play. However, this past Saturday night, a wrench was thrown into our plans: the Ravens in post season!

Unpopular as it is to admit, I’m not a sports fan, which means I’m not a Ravens fan. I’ve been heavily chided by sports fan pals for not even knowing who was playing the Superbowl. But on Saturday night, I might have gotten a slight football infection through Ravens fever osmosis.

The bar was chockablock with fans when I got there. There was no way to load in the equipment. There wasn’t a place to sit or even stand where I wouldn’t have been in someone’s way. So I stood outside with a bunch of other guys, staring into the window at what looked like the aftermath of Ravens jersey shop looting! One guy closest to the front called the plays for those unable to see. Our bass player, Nick, arrived, but he too was caught up in the action. There I was, bored, alone, in a football-frenzied crowd. There are times when it’s a curse to not be into sports.

Just when it seemed like fourth quarter was over, overtime! Finally, when I’d absolutely had it with standing there, bored and cold, the game ended in an eruption of elation and alcohol. I had to admit, it was kind of cool to see everyone’s excitement and universal happiness. I might have started experiencing vicarious sports fandom!

Shortly after the game ended, people started heading out and we began moving in our gear. Peeking over a bass drum, I could see an old gal puking into the trash can outside the place. Perhaps she was a Denver fan. Someone led her, staggering, to a car as she wiped her mouth on her sleeve. The neighborhood seemed to sprout drunken fools, high on the win. Tires were screeching, horns were blasting, people in Ravens jerseys were running up and down the street screaming, some incoherently.

By the time we were ready to play, most of the football fans had cleared out. A few friends showed up so that we weren’t just playing to the bar staff and the guys sleeping at the bar, too drunk to get up and leave. We dutifully started cranking out the tunes of the 1960s: “Satisfaction” right into the Yardbirds, “Over Under Sideways Down,” then The Kinks, “Till the End of the Day.” As long as I’ve been listening to this music, so much of it is still a blast to hear and play. As a kid, music was my obsession, not sports. I suppose I didn’t have enough passion for both, but I realized that in many ways, it’s the same.

Between songs the guys made a few references to the game and most of the bar responded joyfully. But the crowd had evolved in the course of the night. By the third set, a wild gang of women arrived and proceeded to dance their asses off. That was encouraging.

After the gig, in the early morning hours, I hit the Royal Farms store for some Western fries, and people were still raving about the Ravens. A couple guys were at the register and they’d easily drawn the cashier into the conversation; then one dude turned and looked at me. Without even thinking, I smiled and found myself saying, “Great game! Can you believe it? They’re going to go all the way!”

When he isn’t playing music, Steve Caplan does any number of things, including writing essays, music reviews, and feature articles. He is the former publisher of Natural Awakenings Magazine in DC, and his work has appeared in The Gavin Report, Seven Bends, and at writersweekly.com. 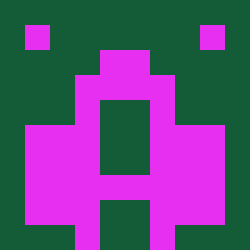