It was 2006. Ed Schrader had just moved to Baltimore from a town in Upstate New York that didn’t exactly have a booming arts scene.  He was standing in an elevator, holding a metal CD rack with a contact mic connected to it. Although he had no specific plans for this pairing of random objects, besides to annoy his roommates, a local artist who shared the elevator with him saw something endearing in this strange, scrawny kid. The artist asked him if he wanted to play at The Copy Cat that Friday.

A decade later, Schrader is best known as the musician and namesake behind the two-piece rock duo Ed Schrader’s Music Beat, but did you know he’s also a talk-show host? In February, he recorded the first episode of his rebooted The Ed Schrader Show; a monthly event at The Metro Gallery that playfully mocks late night TV programs while allowing Schrader to interview some of the best creative types around town. To begin that night, he recounted an apt microcosmic vignette of the Baltimore art scene, which has a “’let’s see what you got’ kind of attitude,” he says.

Besides the nationally touted music scene, Baltimore’s visual art, film, and poetry scenes are also on the rise.  Schrader is one of many who are hopping on the city’s newest, but fledgling creative endeavors: the podcast.

For many (perhaps most) podcast listeners, the form was an obscurity until the explosion that was Serial in 2014, and for the general population, they still are. Podcasts are called either “a digital audio file made available on the Internet,” or an audio blog. The main distinction between the two lying in the genesis: podcasts are made specifically for the web while broadcast radio shows like my former gig, Midday on WYPR, can be turned into a podcast, they don’t begin that way.

I discovered Baltimore’s many DIY podcasts by mistake. My employment with WYPR had ended, but I had the radio bug and wanted to try making a podcast. I approached three hosts to work with me — Schrader being one of them — and learned they were working on podcasts of their own.

If three people I knew were making podcasts without my knowledge, how many more Baltimoreans are doing the same?

Like Schrader, Nate Yielding is not a Baltimore native, but someone who became enamored of the music scene upon his arrival. “It was such a breath of fresh air that I didn’t have to explain to anyone who the Velvet Underground was,” Yielding says.

On The Bitter Scenester, which Yielding records in his basement, he chats with a revolving door of hip concert goers from around town who act more like co-hosts than guests and plays anything from A Tribe Called Quest to Cambodian music that is certain to be obscure to any American audience. But the heart of the show is local music.

“I kind of look at this as a community service,” Yielding says about his show, which he started after listening to local public and college radio stations, but not hearing them play the bands he liked.

Bitter Scenester started as a live Internet broadcast, but Yielding felt pre-recording the show would make it more accessible to listeners. “I just don’t imagine people have time in their busy schedules to tune into a live broadcast.”

Selective and on-demand availability are some of the many reasons podcasts are gaining popularity nationally. (So much so, NPR called for a moratorium on any on-air promotion of podcasts, even of the NPROne app.) Yielding says of the podcasting phenomenon, “At the end of the day, people just want a voice.”

The desire to give people a voice, coupled with being bedridden by an ankle injury, is precisely what gave Baltimorean Jason Van Slyke the idea to begin his podcast, Local Color, an exploration into the lives of creative and entrepreneurial black Baltimoreans, such as graphic designer, Jermaine T. Bell, or natural chocolate connoisseur, Jinji Fraiser.

“We don’t really have any foothold in the media landscape,” says Van Slyke, “I get that there’s content on the radio that talks about Baltimore’s Black or Latino population,” but the narrative, he says, is always the same, and never flattering.

Despite his frustrations, he admits that NPR heavily influences his podcast and frequently asks himself, “How would Terry Gross ask this question?” to prepare for interviews.

Van Slyke uses a professional studio to record, uncommon among independent podcasts. He works for iHeartMedia and, with the permission of their programming director, comes to the studio on weekends to conduct interviews, although his initial idea was to record in his living room.

Getting the word out

Despite a burgeoning Baltimore podcasting scene, many hosts remain mostly unaware of other podcasters. In certain cases, some create shows within walking distance each other’s homes. But stifled podcast discoveries are not specifically Baltimore’s problem. The whole industry, including well-connected podcasting networks, struggles to find ways to promote shows and find new listeners, and the task can seem insurmountable to an indie show.

“The challenge is expanding your audience when you’re only working with your own budget,” says Lisa Lunt, an editor at a cardiology journal, who along with Monica Gallagher, a graphic designer, hosts Her Head In A Box, a feminist podcast about films with women in pivotal roles.

The work that goes into producing Her Head In A Box feels almost artisanal. Lunt compared the branding and promotion of their show to the work she did creating fanzines as a teenager. “The maker movement has come back on technology,” adds Gallagher, insisting that independently produced podcasts and blogs bring “a texture to the technical community.”

In the podcasting world, the texture comes in the way of a variety of formats and topics, which tend to be illustrative, only slightly more structured versions of things the hosts would probably do anyway. For Lunt and Gallagher, they had weekly TV or movie nights and shared a bottle of wine. A friend, who found their interactions entertaining, suggested they start a podcast.

Initially, Gallagher was skeptical, “No one needs another podcast talking about movies,” said Monica, “but nobody was doing one quite like this.”

“It’s a feminist podcast,” says Lunt, “but we hope men will like it too. We don’t do the podcast for a statement; we do it because it’s what we like.”

Like Lunt and Gallagher, Heidi Galore, produces a podcast based around a popular topic, but with a variation on the theme.

Unsolved is a produced, scripted, and non-conversational storytelling podcast about unsolved crimes across the country. “I could talk about crime all day,” says Galore, and in fact she does. Galore is the only host I spoke to whose show relates to what she does for a living. She works as a Crime Analyst at the National Center For Missing and Exploited Children in Washington DC.

Unsolved allows her to turn her obsession into something productive. “When I get home, I’m still thinking about the cases [from my job in DC].” The cases she studies for the show allow her to take a break from work while fulfilling her passion for crime analysis.

Galore believes the modest success her podcast has seen is thanks to her passion for the subject. “Do a podcast about something that you can’t stop thinking about,” she advises, “If you’re passionate about it, it will come through.”

Passion for your topic is the bare minimum requirement for the DIY podcasters. More than once I heard the term “labor of love” applied to what they do. And it’s true: none of them are paid. In fact, most pay for various services, whether it’s Facebook advertising, Soundcloud hosting, or the initial overhead to purchase equipment.

Josh Kuderna and Mike Moran are, respectively, government employee and Uber driver by day, and stand-up comedians by night.  Although they don’t receive payment for their podcast, The Digression Sessions, they assert that there are other perks. “We do it pretty much for the groupies,” they say, practically in unison.

They record on a portable two-track device in the basement of Kuderna’s home in Druid Hill. That is, when they aren’t hosting celebrity guests. Comedians Brian Huskey, Hal Sparks, and Patton Oswalt have all chatted with Kuderna and Moran.

Groupies aside, Kuderna and Moran say the podcast has become less about spreading the word about their stand-up performances than a way to keep some regularity in their lives.

“It’s really an excuse for us to hang out,” Kuderna says nodding at Moran. “It’s become very therapeutic,” Moran adds. Kuderna and Moran aren’t the only comics to find the therapeutic value in podcasting. Nationally, stand-up comedians have a large foothold in the podcasting world; Marc Maron, Bill Burr, Chris Hardwick, and Iliza Schlesinger are among the most popular hosts.

“I’m totally addicted,” Moran says about podcasts, “I can’t get from the car to the front door without listening.” Kuderna nods along in agreement then adds, “The access we have to comedians now is insane. Can you imagine if Richard Pryor or George Carlin had a podcast?”

Kuderna admits that sometimes their podcast is nothing more than sitting in front of mics and pressing record, “but there is something very cool about that. The most fun part is the discovery,” within each conversation.

At least one network promotes podcasts in Baltimore. It is called Thunder Grunt, and it is a website that hosts 18 podcasts including Digressions Sessions. It also hosts video game podcast Big Kids at the Little Table by Baltimore native Victor Colorado and Baltimoreans Azita Ghalami and Terrence Pope.

Part of the appeal of The Ed Schrader Show is that it records live gatherings. The Digression Sessions also occasionally hosts live shows, which could be the key to creating a podcasting scene or community more alive and, by building in the social element of something inherently unsocial.

“That’s why I do this,” says Schrader, “I wanna connect all these great folks so we can form a real network for change and wave to each other when we walk down the street instead of hiding in our own enclaves – that’s so yesterday.”

Perhaps you’ll catch one of these podcasters as a guest at future recordings of The Ed Schrader Show. 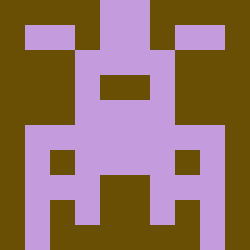