Two movements are promising to rock the foundations of public education in Baltimore. One is the Transform Baltimore campaign, which is drumming up the political will to finance $2.8 billion for renovation and construction of Baltimore City Public Schools buildings. The other is BCPS CEO Dr. Andrés Alonso’s plan to shutter at least a dozen schools by 2014 — because their buildings are crumbling.

The two movements don’t appear to be operating in concert. Transform Baltimore’s $2.8 billion figure is taken from a report put out in June 2010 by the American Civil Liberties Union of Maryland’s Education Reform Project. Authored by Frank Patinella and Bebe Verdery and funded by the Annie E. Casey Foundation, “Buildings for Academic Excellence: A Vision and Options to Address Deficient School Facilities in Baltimore City” thanks CEO Dr. Andrés Alonso for answering questions. But the collaboration seems to have ended there.

According to Erica L. Green’s reporting in The Baltimore Sun, BCPS will release the first draft of its own assessment — a $135,000 independent study — this month. That objective report will ground the CEO’s decisions about which schools are beyond repair. (The schools to be closed for failing by other measures — such as test scores — are not included in the dozen or more figures cited above.)

Edweek just published an article on the effects of school closures on district budgets and academic performance. (To sum up: They don’t help budgets much, nor do they hurt student performance as much as you’d think.) The article also touches on the pitfalls districts should avoid — namely, political fallout due to a breach of public trust. (Adrian Fenty’s fate as mayor of Washington, D.C. — the mayor who appointed schools chancellor Michelle Rhee — is a case in point.)

It seems hugely important, at least to me, that thinking about improving schools and thinking about improving neighborhoods happen together. Some community organizations are already doing that. But these efforts are doomed to fail if Baltimore City Public Schools, the Baltimore City Planning Office, and Baltimore’s many nonprofit organizations, however consolidated, operate as self-contained silos.

Dr. Alonso has an opportunity to model systems thinking for a generation of Baltimore City Public School students. He can be the CEO who worked with local nonprofit organizations, community groups, and city planners to set an urban public school system on a better course. Or he can be the superintendent who closed a bunch of schools because an independent study gave him permission.

Should Baltimore City Public Schools’ efforts to address failing infrastructure operate in tandem with Transform Baltimore’s efforts? Why? Why not?

Might BCPS challenge itself to think in interdisciplinary ways about how to “right-size the district”? For example, rather than rely on one report by an independent assessment team, could BCPS enlist geography, urban planning, and urban studies teams from Baltimore-based colleges and universities to work on solving systemic issues of poor attendance, high attrition, and low enrollment alongside BCPS?

In the same interdisciplinary vein: Has Transform Baltimore — the nonprofit consortium spearheaded by the ACLU-MD — considered joining up with TransForm Baltimore – The Zoning Code Rewrite – which is a project of the Baltimore City Planning Office (and currently accepting public comments on its first draft)?

Edit Barry writes the blog Re:education in Baltimore — this post is original to Baltimore Fishbowl. Find her on [email protected] 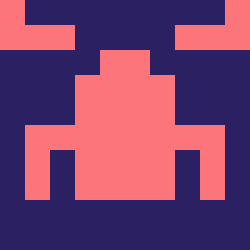