The Ravens host their playoff opener Jan. 11 when the AFC’s top-seeded team welcomes the sixth-seeded Tennessee Titans to M&T Bank Stadium. The Titans, winners of eight of their last 11 games after a 2-4 start, reached the playoffs as the AFC’s second wild-card team and then advanced via a 20-13 win at New England Jan. 4.

Each day this week we have been offering one key matchup and relevant statistics.

Ravens linebackers (yes, all of them) vs. Titans RB Derrick Henry

The Ravens know what they are up against in Henry, the 6-foot-3, 247-pounder who won the NFL’s rushing title this year with 1,540 yards. Ravens defensive coordinator Don “Wink” Martindale described Henry as “one of those guys the kids create on Madden. You shouldn’t be that big and be able to run like he runs.”

Limiting Henry will be central to the Ravens’ game plan, not only because he can be a game-changer with the ball in his hands, but because Titans quarterback Ryan Tannehill’s highly successful play-action passing game relies on the threat of Henry as a runner.

The Ravens want to prevent Henry from getting outside and turning upfield against smaller Ravens defensive backs, so that means outside linebackers such as Matthew Judon and Jaylon Ferguson need to set the edge well and direct Henry back toward the teeth of the Ravens’ run defense, led by linemen Brandon Williams, Michael Pierce and Domata Peko.

Henry, though, can cut back and quickly get to the second level, and that’s where inside linebackers Josh Bynes, L.J. Fort and Patrick Onwuasor must be ready to hit and be hit by Henry.

Safety Earl Thomas said that in the Titans’ wild-card round win at New England, the Patriots “didn’t seem like they were too interested in tackling him. So our mind-set is a little different. I think we’re going to try to tackle him and try to swarm.”

Henry finished with 34 carries for 182 yards and a touchdown in the Titans’ 20-13 win at New England. 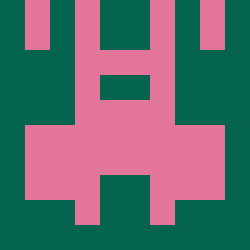