One devoted reader emailed me over the weekend to tell me how much he and his family enjoyed the Grand Prix.  I invited him to share his experience with you. His enthusiastic first-person account of a day at the races will have you marking your calendar for 2014!

On Saturday our little family (my wife, our two daughters, a friend and I) went downtown to check out the American LeMans Series portion of the Baltimore Grand Prix.  Race organizers had been promising a lot: a full day of auto racing through the streets of downtown, a festival of entertainment in the race village, and a rock concert by the band “Live” to top it off at the end of the day.  And they did not disappoint.  (Full disclosure: fast cars and loud music are two of my great passions!)  We all agreed the day’s events were extremely well-organized and well worth the nearly $90 price of admission.

The “ALMS” races, as they are called, promise to be among the most frenetic in all of automobile racing: three different classes of cars race each other on the same track at the same time.  It is literally three races in one.  The “slower” class of cars are stock BMW’s and Porsches, plenty loud and fast enough to stand alone as an enjoyable car race to see in person.  But, then, pile on a second class of Ferraris and Saleen style cars, together with a third class of rocket-fast LeMans style cars, and you have a schmorgasbord of high octane racing to please even the most discerning of race fans.  With so many different types of racers sharing the track, it was no surprise that a multi-car crash delayed the race for a half hour on the race’s very first lap!

Armed with cheap ear plugs from CVS, we took seat in the grandstands near the tight corner around the McKeldin Fountain at the end of the Pratt Street straightaway.  We were surrounded by families of knowledgeable race fans and chatted with them in between shrieks of car engines that periodically flew by in packs around our corner of the race track.

Well-placed video screens and announcers on loudspeakers kept us attuned to lap times and lead changes throughout the race.  Contrary to expectation, the noise of the cars, though oh-so-loud, was one of the more enjoyable aspects of the race.  Each and every car had a distinctly different sound, one which constantly reminded us of the incredible forces of design, engineering, labor and money that goes into putting that car on the track for a race.  I will never understand how the teams involved in the race, investing so much pride in their cars, can stand to watch them get banged up – and ofttimes destroyed completely – in the occasional wrecks that occur in ALMS races. I presume that through technology and innovation the races have become safer for drivers and fans alike in recent years.  Still, one cannot help but be in awe of the sheer danger the drivers place themselves in during these races. (Speaking of drivers, my twenty-something daughters searched for Patrick Dempsey all day long but weren’t able to achieve any sightings.)

We also couldn’t help noticing how beautiful Baltimore looked on the video screens from the air shots provided by helicopters hovering over the city throughout the race.  Baltimoreans never see the vistas that were constantly shown throughout the day on the video screens; from the air, one can see it is a place of real beauty with a gorgeous mishmash of skyskrapers, stadiums, malls and marinas.  I can only imagine that those watching the broadcast overseas would be favorably impressed, and perhaps even consider Baltimore a must-see place to visit in the U.S.

The day ended nicely with an hour long set by Live at the main stage in race village.  The band was a good choice by race organizers, as the music seemed to be appealing to a wide range of ages watching the concert.  After the last crashing sounds (this time cymbals and guitars) died down, we headed home, satisfied but ready to do it again next year. 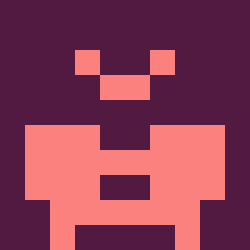