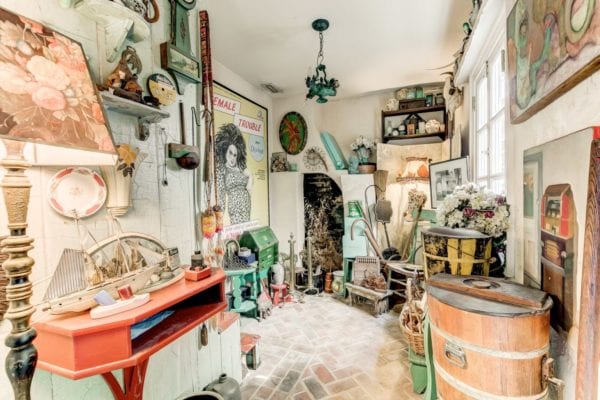 When homebuyers receive keys after settlement, they typically get one to the front door, one to the back door and maybe a clicker for the garage.

When Peter DeMartino came out of settlement this month, he got a handful.

That’s because DeMartino is the new owner of the ‘Palace on Dallas,‘ four properties that have been combined into one residence in the 400 block of South Dallas Street in Fells Point.

The alley houses at 410-412, 414 and 416 and 418 South Dallas Street were assembled and renovated over the past five decades by Vince Peranio, production designer for movies and TV shows by John Waters, Barry Levinson and David Simon, and his wife, Dolores Deluxe, a fashion designer, retailer and creative before anyone coined the term creative.

Deluxe and Peranio received multiple offers for their property shortly after it went on the market in early September and chose DeMartino after he wrote a letter with photos expressing his strong interest. The settlement was on Friday and the property sold for the full price of $549,000.

“[G]reat buyer lovely people very appreciative of what we managed to achieve and plans to continue in that vein,” Deluxe wrote in an email after the settlement. Deluxe praised their listing agent, Dawson Nolley, for doing a “great job” marketing the property during the COVID-19 pandemic, including a three-minute video that shows the house from every possible angle and photos by Stephen Posko.

Now in their 70s, Peranio and Deluxe have moved to Portugal and don’t have room there for all the furnishings they have in Baltimore. Last November, Peranio suggested they might have a big sale to liquidate the contents, but their plans changed after health officials limited public gatherings to prevent the spread of COVID-19.  Many of their John Waters-related movie items, such as the phone Mink Stole used in the obscene call scene with Kathleen Turner in Serial Mom, have gone to Noah Brodie and the Divine estate in Burbank, California.

Deluxe returned to Baltimore for the settlement and said afterward that she and Peranio are relieved the deed is done. “[R]egrets are minimal. Just anxious to go now. Shipping a container and booking flights ASAP.”

DeMartino shared news about his purchase over the weekend on Facebook, posting a photo of the Dallas Street property and the keys he got at settlement. “Well, I guess this was a good time to impulse buy a sanctuary,” he quipped.

According to his Linked In profile, DeMartino is the CEO of AIDS/HIV Services Group, which manages a portfolio of HIV care and prevention services. In 2012, he played Edna Turnblad, the role originated by Divine, in a regional theater production of Hairspray in Charlottesville and got rave reviews. “You almost want Edna to adopt you before the show is over,” theater critic Clare Aukofer wrote in The Daily Progress newspaper.

DeMartino did not respond to a request for an interview. According to Cindy Conklin of Berkshire Hathaway HomeServices Homesale Realty, the real estate broker who represented the buyer, he currently lives in Baltimore and plans to move to Fells Point by the spring, after completing some renovations. 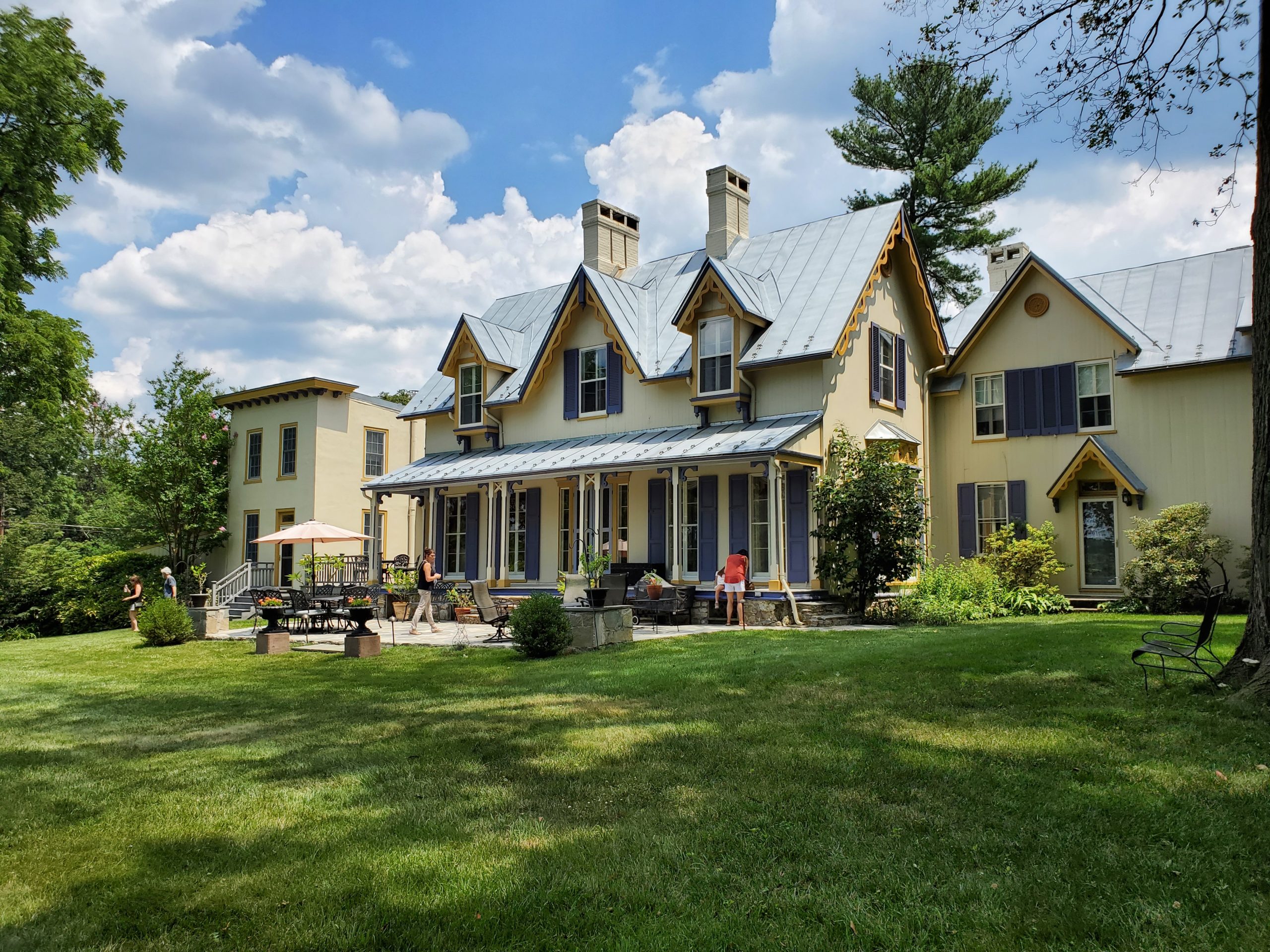 In Lutherville, meanwhile, another John Waters-related residence, his boyhood home at 313 Morris Avenue, also settled on Friday, for $800,000, according to the listing agent, Frances “Corky” Hebert of Cummings & Company Realtors.  The six-bedroom Victorian-style house, used in early Waters movies such as “Desperate Living” and “Multiple Maniacs,” had been on the market for just under four months.

John Waters’ boyhood home went on the market in July for $936,000 and also drew multiple offers. Built in 1852, a designated Baltimore County landmark called “Oak Grove,” it’s the oldest house in Lutherville and has been home to just four families in 168 years.

Waters lived there with his family from when he was about 13 to when he was in his late teens to early 20s. He used its big front lawn to film the Cavalcade of Perversion in “Multiple Maniacs” and he used his parents’ bedroom to film Peggy Gravel’s breakdown in “Desperate Living,” a popular Mink Stole scene. He used Morris Avenue for the Kennedy assassination shots in “Eat Your Makeup,” and other areas for “Roman Candles” and “Hag in a Black Leather Jacket.”

Hebert, the listing agent, said the house went under contract over the summer but the original purchasers backed out after they learned during the home inspection how old the property is. A young couple later got the house under contract but decided they didn’t need such a large property. The buyer is Matthew D. Rhine, a realtor who heads the Matt Rhine Group of Keller Williams Legacy Brokerage Group. Hebert said Rhine has a wife and two children and a third child on the way. “It’ll be nice to have a family in the house again.”

The seller, an art conservator who moved in after the Waters family and completed extensive renovations, had raised four children in the house but is now an empty nester who doesn’t need so much space. She had decorated the house with flamingo-themed items in honor of Waters ‘“Pink Flamingos” movie, including flamingo-shaped planters framing the back entrance and flamingo-themed tea towels in the kitchen. At Christmastime, there would be a sleigh on the front lawn, with Santa drawn by pink flamingos.

Hebert said the seller took most of the flamingo items with her but left the Rhines with at least two reminders of the Waters years: a painting of the house before it was renovated and a Pink Flamingo lawn ornament.