Yet another Baltimore boy is wearing his heart on his sleeves, then rolling them up to make a film set in his hometown. The Tradesmen: Making an Art of Work (trailer now showing on our home page) a new documentary by  26 year-old Parkville-native-turned-LA-filmster Richard Yeagley explores the modern role of working professionals –hard working professionals: plumbers, painters,  stone masons, carpenters, auto mechanics, and numerous other craftsmen. Filmed entirely on location in Baltimore, The Tradesmen opens a powerful discussion about the meaning and definition of work.

The doc features another Baltimorean, star and creator of Discovery Channel’s Dirty Jobs, Mike Rowe, who had to miss the Baltimore premier on May 12, at the Charles Theater, because he was testifying before the U.S. Senate Committee on Commerce, Science and Transportation about many of the exact issues that are raised in Yeagley’s film. From Rowe’s testimony:

“Right now, American manufacturing is struggling to fill 200,000 vacant positions. There are 450,000 openings in trades, transportation and utilities. The skills gap is real, and it’s getting wider. In Alabama, a third of all skilled tradesmen are over 55. They’re retiring fast, and no one is there to replace them…

In a hundred different ways, we have slowly marginalized an entire category of critical professions, reshaping our expectations of a ‘good job’ into something that no longer looks like work. A few years from now, an hour with a good plumber—if you can find one—is going to cost more than an hour with a good psychiatrist. At which point we’ll all be in need of both.”

Johns Hopkins Office of Cultural Affairs will present one more public—and FREE!—screening on June 2 at 7:15p.m. in the Mountcastle Auditorium (725 N. Wolfe Street). Yeagley and several of the film subjects will be in attendance for a discussion after the film. 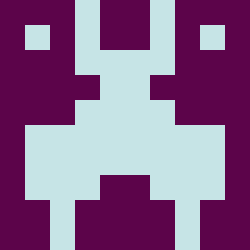